I FOLLOW IN THE DUST SHE RAISES
by Linda Martin
University of Alaska Press, 63 pages

On finishing these two books of poetry recently published by the University of Alaska Press, I felt like a smug bigamist who can’t decide between two pretenders for his love, so chooses them both. I don’t regret this lack of choice, for each has its charms, and they can’t be reconciled.

Linda Martin’s I Follow in the Dust She Raises is the kind of poetry that invites the word luminous, so impoverished by overuse it can no longer light the inside of a bulb, much less invoke noonday. Too many blurbs have been attached to a series of lesser books that make the mistake of working nature by subtraction—assuming that an endless wheat field with a tractor in it under an immense Nebraska sky—offer a limned absence that by itself could bring us to metaphysical tears. Borges came closer to the truth when he said, speaking of the pampas, that each object in them was separate and eternal. To simple but potent effect, Martin starts from zero and works by addition.

Yes, Martin’s book does have wheat fields and lines not spare or clean but rather precise and without waste, but they are plants that populate a luxuriant human world.

When she called the cows and they lumbered
across the pasture, udders swaying
heavily beneath them,
Mama wrapped both arms
across her troublesome breasts,
danced high kicks to stir her blood.
Shoulders back, she’d tell me,
correcting her posture as she spoke.
Proud and voluptuous as royalty
we strolled through fields of wheat and alfalfa. 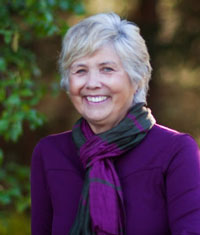 The mother’s “purple Guatemalan skirt” contrasts with “women made plain by faith./Hair in buns,/no color, no fun./wedding bands their sole adornment.” And the mother drives that hallowed Allis-Chalmers tractor straight into the water while a Holstein bloats on alfalfa. Yet all this Western gothic gets accomplished without showy stylistics; rather, by an unerring eye for the natural world, Dust is too knowing to wax sentimental for more than an instant before subdued grief leavens the emotional grain. The appearance of a happy son evokes light yet profound sadness in the mother, simply because he is grown and otherwise engaged, therefore transient to her:

A mother is without fame, a pause in the journey.
Like Odysseus passing through town, my son
lifts two red duffels from the carrousel.

Even the most minimal gesture suggests plenty. When the woman learns she has cancer, the husband responds with an abundant spirit in two of the many simple but indelible lines of this book of unerring diction, as she notes with gratitude:

the way you brought four pillows
when I asked for one.

There is the “costly spite” of a “raw silk, fully-lined Austin Reed dress” that the normally frugal speaker splurges to get the sartorial upper hand on an ex-sister-in-law at a funeral. Skepticism towards self balances the saturated, sometimes blind love for the dead father and brother and the aging mother:

I wear education like a velvet cape,
swirling knowledge around my country self,
until I’m better than Mama. She applauds
my arrogance. 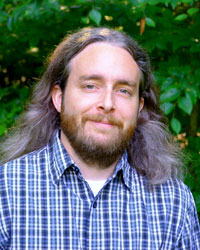 Adam Tavel’s Plash and Levitation, as the title suggests, attacks with sardonic lancets. Humor, erudition and a witty talent for sheer invention set this volume apart. A single title indicates the often extravagant spirit that gives this poetry its brazen verve: “Fever Dream in which Anne Sexton is My Mother Begging for Her Job at the Sunshine Supermarket.” This is only one of several profuse incipits. There is an inspired soliloquy in which the logo of the Redskins’ football team speaks with as much wicked contemplation as that of Laertes:

…………………………………..some say
I’m nothing but another How White Man,
but last I checked all of our tribes park
in the stadium lot shimmering like an oil-slicked
otter.

Yes, Tavel too is a keen observer of nature, but only in its most perverse, gory, and comical manifestations, as in “Two Mosquitoes” squashed against a door screen.

………………………Ann, if I drone on
cataloguing the dull majesty
of desiccated thorax, and further on
to dramatize my sick felicity
at the common sight of bugs decaying,
dim our house to a votive’s shadow-dance.

Most striking is a series of masques, from real or imagined historical personages, always skewed, ranging from Harriet Bailey on her deathbed, William Tecumseh Sherman obstinately defending a church burning, Arthur Conan Doyle’s lunatic-asylum jailed father, to “A Medici Servant Recount(ing) Leo X’s Coronation.” The latter uses a mare’s brush to scrub the foreskin of a gold-flaked fake cherub, after the inaugural show, commanded to jump from a cake as entertainment, and who now has vomited so profusely that his bile looks like “a squid bashed repeatedly/with an oar.” In short, you won’t get bored.

Behind the clangor lies a deceptive emotional range. “A busted Lutheran” becomes almost wistful with subdued guilt remembering how the speaker helped a brigade douse the fire of a church torched by zealots pitched against evangelicals:

True, I joined the mob heckling

their dour rapture, their gingham

wives scraping through town,
but that first October night of frost
when their ramshackle pulpit burned
I heaved my bucket with the rest,
cursing the bigot flames that licked

University of Alaska Press can be congratulated for its eclecticism, allowing those of us who can’t winnow down our taste, like those apocryphal wheat fields, to the one true book.