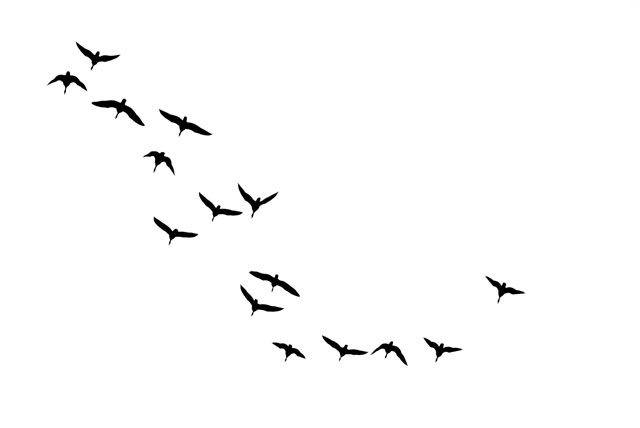 THAT DEXTEROUS MARGIN
by Michael McFee

A poem is a visual as well as a verbal object.

Its language is primary, obviously, the sounds the words make, and the effects those sounds have on the reader, phoneme by phoneme and as a whole aural object. But the shape the poem makes on the page is crucial as well.

I spent my first two years of college in design school at a technological research university. It was not a very verbal place or time for me. I logged many hours in studios, drawing and drafting and working on various design projects. I was learning to observe closely and to present what I saw in clear yet imaginative ways.

That visual urge abides in me. My imagination is most often triggered by something I see and try to convert into lines. And once those lines start to become a poem, I can’t stop thinking about the way it looks: my favorite medium in design school was pen and ink, and I want the poem to be perfect down to the very last crosshatch.

When you hear a poem, you know you’ve heard a poem: the words have an intensity and movement that’s unique to poetry, especially if patterned into meter and rhyme. Even free verse lines should have a charge and rhythm that distinguish them from prose.

When you see a poem, do you know you’ve seen one? Prose poems may muddy the water, but the answer is still usually Yes. A poem sits on the page unlike a story or essay. It’s surrounded by (and often includes, via stanza breaks) more white space: sometimes there may be more whiteness than words, which imparts a blank pressure on the text. And most of the poems we read and write have the same margin pattern: the left is flush, a straight descent, and the right is ragged, as if torn or chewed off on that side.

However, that rough outer alignment is determined by a critical internal decision, the most important point in the line: where it should turn. Each enjambment is a deliberate step, a reversal and descent, so that a poem is written in lineated verse and not just chopped-up prose.

This essay, as I type it, has a ragged right margin. But with a few clicks of the mouse, that far edge of text could easily be justified, reformatted so that the right is smoothed out parallel to the left, both margins straight for as long as the words continue. That’s what prose is.

You can’t do that with a lineated poem. The line must end where it ends: to justify the right margin would be to violate the poem’s constant turning and returning. That ragged right outline is essential to a poem’s being, a sign that it’s different from the prosiness that flattens us all the time. There’s an edginess about that far edge, a wildness and unpredictability: visually, its contour is one of the most poetic parts of poetry.

Sometimes I indent the left margin, if that feels integral to some movement the poem needs to make. Sometimes I play with leaps of tabulation, just for the sake of shaking up the orderly vertical descent of the lines down the page. But in the end, flush left is the default mode: almost all of my poems descend in an orderly manner, at least on the sinister side.

Which may be why it’s the right-hand side that most interests me, that dexterous margin, and how its series of Returns finally looks. What pattern of declivity does it make, what persistence-of-vision impression does it leave in the eye and mind?

A tidy right-hand margin, with all the lines pretty much the same length, is visually stable. It creates a safe solid block of text, even if separated into stanzas. It imparts the same kind of regularity for the eye as blank verse does for the ear.

A jagged right-hand margin, with an unpredictable variety of line lengths, is more uneasy and off-balance. It unsettles the reader, however subconsciously.

And of course there’s a wide range of possibilities between these two options. It all depends on what’s discovered in the writing and desired in the reading.

Should the first line be long, a springboard into the poem? Or does it need to be brief, a quick-step entry?

Should the last line spread out, a base for the poem to land on? What if it came up short, an unexpectedly sudden exit?

And how should the lines in between vary their terminal in-and-out: dramatically, or subtly, or randomly?

I don’t think about such questions early in the drafting process. But at some point, when the words are more certain, I do think about how their appearance will influence a reader’s experience of the poem, and I keep tweaking the lines until their cumulative visual arrangement pleases me.

(The irony of such obsessiveness: When the poem is printed in a magazine or book, in a different typeface, its profile is going to shift, the page’s negative space growing or shrinking in its interaction with the poem’s adroit margin.)

I doubt most poets think about the right-hand side of the poem very much, if at all. Maybe it’s just me, the lapsed designer transferring his graphic obsessions to his poems.

But I do try to handle that margin as dexterously and deliberately as possible. This is challenging, since that aspect of the poem is mostly an accident of composition: poets live and move and have their being in lines, and once the line is finished and the enjambment made to the next one, it will stop where it stops and be part of the figure it happens to make.

So far, this is a challenge I enjoy.

It’s not a matter of cleverly making shapes with your outmost margin, as when one of my student writers revealed that the key to his uneventful poem was that it looked like a city skyline if turned ninety degrees to the left. It’s not a matter of creating steps, or crenellation, or some other imitative silhouette.

But it is a matter of cantilevering the lines just right, so that the poem’s architecture makes a satisfying space for the reader who beholds and then enters it. That’s one reason the shift from design studio to poetry-writing workshop was a natural one for me: good poems are like good buildings, the result of many drafts, a series of plans and sections and elevations fine-tuned till everything fits and pleases.

For me, some of that pleasure comes from the right-hand margin, whose sinuous sculpture—much more than the standard upright left-hand margin—may best embody the poem’s dance down the page. 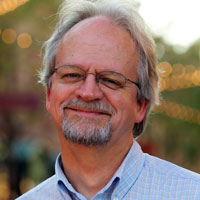 Michael McFee is the author or editor of fourteen books, most recently That Was Oasis (Carnegie Mellon University Press, 2012), his eighth full-length collection of poetry; The Smallest Talk, a chapbook of one-line poems (Bull City Press, 2007); and The Napkin Manuscripts: Selected Essays and an Interview (University of Tennessee Press, 2006). He has taught in the Creative Writing Program at UNC-Chapel Hill for several decades.