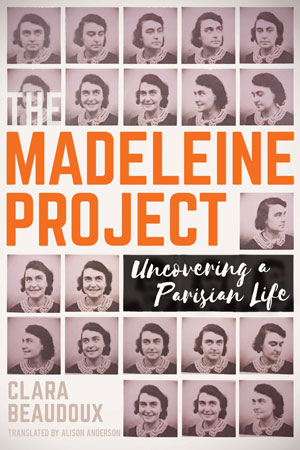 In 2013, a young journalist named Clara Beaudoux moves into a Paris apartment. The previous tenant, a woman named Madeleine, lived there for 20 years before passing away in her nineties. Strangely, Madeleine’s things have not been removed from the cellar. “All I had to do was open a door, the door to my cellar, for the adventure to begin,” writes Beaudoux.

At first, the nature of Beaudoux’s adventure is journalistic and intellectual: curious about who Madeleine is and why she has left a room full of old memorabilia, Beaudoux decides to go through Madeleine’s items on Twitter—as she opens each box, she tweets its contents. Dishes, jewelry, old mattresses, mysterious little gadgets that have been tucked away in envelopes for decades emerge in tweeted photos, with 140 character captions:

“I could see right away that Madeleine seemed to be well organized. She kept back issues of Historia.” (2 Nov. 2015)

“I think Madeleine must have inherited her parents’ things too, like these coal coupons.” (2 Nov. 2015)

“There are vast quantities of photographs in these suitcases, I’m a bit overwhelmed, is this Madeleine?” (3 Nov. 2015)

“A little announcement, with black edges. I’d seen his name the day before on a business card in this suitcase.” (6 Nov. 2015)

But this journey quickly becomes something else. Madeleine has left behind history that few of us bother to keep, either because we are too foolish to understand the significance of the historical events marking our lives, or because we fail to create meaningful, tangible records in these days of Twitter and email, or perhaps because we would rather let go of painful images, painful words or traumatic histories. Somehow none of these usual reasons inhibited Madeleine, as Beaudoux discovers: Madeleine has left behind suitcases of postcards, pressed flowers, photos, her family records dating back generations, and letters from loved ones lost in World War II.

For Beaudoux, a Paris-based journalist for the France Info news network —and for lucky readers—the weighty reality of the gift that Madeleine has left us is overwhelming. 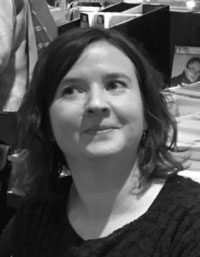 First published in France in 2016 and now available in English translated by Alison Anderson, The Madeleine Project is a compilation of Beaudoux’s tweets, complete with her growing sense of discovery and familiarity with Madeleine. Born in 1915, Madeleine watched World War II claim relatives and friends, and then spent her entire working life as a teacher in an elementary school. She never married and did not have children; instead, Beaudoux relies on the recollections of a godson and neighbors, along with the photos and letters from the cellar, to partially piece together Madeleine’s story. This is a book that makes connections: between generations, between hand written letters from decades ago and the digital age genre of the tweet, between an era that feels lost to us and our daily reality, between our view of history as impersonal, and our sense of each individual’s history, between the notion of history as scholarly and Twitter as mundane, between the graphic novel and the biography.

“We should always study history in this way: it should always be incarnated. After all, insignificant people too have made History, not just the great men that history books talk about,” writes Beaudoux. The project of recovering Madeleine’s story raises questions about our contemporary disconnection from history: our world is indelibly marked by the historical events of Madeleine’s youth, but it is difficult to feel the import of that history personally. To experience Madeleine’s letters is to be reminded (or perhaps to be taught) that each life is shaped by the history of its moment, and that our own historical circumstances are shaping our choices, our words, and our relationships, just as Madeleine’s shaped hers. And, of course, it reminds us of the shared nature of history-making: Madeleine’s story quickly becomes Beaudoux’s story.

The surprise connections between two women living almost 100 years apart is one of the poignant and tender parts of The Madeleine Project. “What did ‘happy’ mean for a young woman of 25 in 1940?” wonders Beaudoux, herself not much older than Madeleine would have been when writing letters to family while Europe was at war. Beaudoux often records her questions and thoughts in ways that emphasize the bonds between strangers, and our need to emphasize communal affection in times of distress. “I no longer look at the old ladies in the neighborhood the same,” observes Beaudoux. When the November 2015 Paris attacks interrupt Beaudoux’s life, she recalls a line from one of Madeleine’s war-time letters: “It’s such a comfort to love each other so well, dear boy, especially now.” Madeleine “was referring to the Second World War, and that’s what I felt in 2015,” records Beaudoux. This widening of our perception to include connection with those around us—especially those who may be different from us—may be the greatest gift that The Madeleine Project gives us, and it is ironic that it comes through Twitter, a medium that often seems to reinforce differences.

The Madeleine Project is the first half of Beaudoux’s cellar investigations and interviews. This partial view might be frustrating for a reader who is invested in Beaudoux’s personal journey or the emerging facticity of Madeleine’s life. There is little of Madeleine’s own language available through Beaudoux’s tweets: the reader has to rely on Beaudoux’s 140 character description of a letter’s contents. At times I wanted answers to specific questions about Madeleine (or her stuff—what was that strange object in the picture on page 18, anyway?) and the end of the Project came far too soon, to me. In many respects, looking for a person who has passed away is bound to end with some disappointment and sense of futility, like Patrick Modiano looking for another Parisian of that era, Dora Bruder. As a reader, I felt as if an interesting conversation had been cut short. But that is because this is not a fiction story, where all the questions are resolved at the end—The Madeleine Project is about a real woman who is gone, and a real woman who is still living her own story and searching for information about Madeleine. Answers are not forthcoming for all of our questions about her. If I feel distress at not being able to ask Madeleine questions and understand her better, Beaudoux seems to feel that she is mourning a lost friend: “And I put it all back as it was, as carefully as I can.  As if you might come back to get everything.”

Fortunately for us, Beaudoux has not stopped searching for Madeleine. She has continued to tweet (in French, @clarabdx) about her project, and hopefully those further adventures will soon arrive in translation, as well. 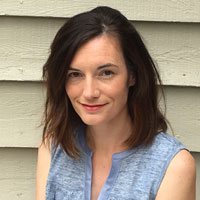 Ryan Strader earned a B.A. in Russian Literature from George Mason University, and an M.A.T. from Clayton State University. She is currently an instructional designer and researcher. Her most recent instructional design project is the development of a class in writing and qualitative research methods at Georgia State University, where she is also a doctoral student. Her most recent publication is an upcoming book chapter on populism in young adult novels. She lives and works in the Atlanta area.

NOTES OF A CROCODILE, a novel by Qiu Miaojin, reviewed by Ryan K. Strader