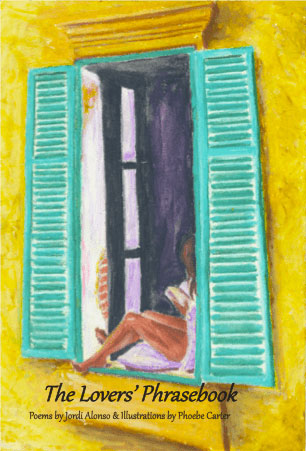 Translation arguably holds a fascinating and unique role in literature—acting as a conduit between ways of understanding and communicating—but whether or not translation is used for uniting or differentiating separate languages is something more complicated and baffling to answer.

In one of the best responses to this question I’ve encountered, Jordi Alonso’s poetry collection The Lovers’ Phrasebook unpacks words considered ‘untranslatable’ in English into full, articulate poems. Alonso’s approach is particularly interesting in how it avoids direct or literal translation; Alonso’s pieces do not exchange one ‘untranslatable’ word for one English word, but instead, dismantle and reconstruct the word out of its native language and into an expanded experience or story. The Lovers’ Phrasebook is able to at once communicate the untranslatable while also acknowledging the gaps and deficiencies in the English language which prevent a word-to-word exchange from being an adequate way of presenting the relationship between languages.

In the collection’s opening poem, the only piece not titled after an untranslatable word, one of book’s most integral themes is introduced. The poem, “The Dream of Uncommon Language,” begins:

I do not dream
of a common language,
of a phrase I can say in Quito
understood in Iowa
and smiled at in Jordan.

In this first stanza, the collection’s intentions are made clear; The Lovers’ Phrasebook is not an attempt to directly translate or unite every word into one language, nor is it arguing that tossing a blanket of English over other languages is a sufficient way to comprehend them, instead, it works to occupy the space between different languages and exists inside translation itself.

Several other poems in The Lovers’ Phrasebook also seem to intentionally splice space in two as a way of investigating the relationships they divide. In “Hanyauku” a poem the title of which loosely translates to “the act of walking on one’s tiptoes on warm sand,” the persona concludes “I want to know you/ as the sun knows the sand.” These lines are compact and clean, but also surprisingly astute in how they work both to illustrate a relationship and a distinction; the ‘warm sand’ referenced by the title’s translation becomes a form of communication between the sun and the earth rather than merely one static and isolated stretch of beach. Because of this, a singular image and a singular word can be expanded into an analogy for the affection between two people.

While many of the poems in this collection expectedly focus on the subject of romantic love, several focus on its absence. “Razliubit,” a poem titled with a Russian word for falling out of love, hones in on what were once perhaps endearing qualities of a partner that, over time, soured to annoyances. As an example, speaker complains:

how you mouth every line
before the actors speak?

These lines not only demonstrate a grievance between partners, but also showcase a familiarity and an understanding between them as well. They are not merely no longer in love, but it’s also clear that they once were very close and know one another well enough to understand each other’s tendencies and habits. Once again, the lines themselves are somewhat sparse and free from embellishment, but their conceptual significance in relation to what they define and how they occupy the space between languages and loves render them compelling. 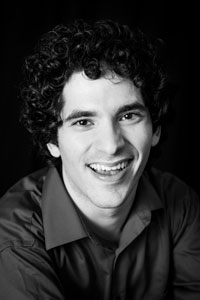 It should also be mentioned that each poem is backgrounded by a pastel illustration, most of which literally depict the imagery the poem presents. While this offers another interesting relationship for investigation—that in existence between the language and visual art presented—they do pose the danger of preventing the reader from imagining the poem’s imagery themselves. Though many of the illustrations are captivating, I did feel something was lost in the direct application of poem to image given that the rest of the collection seemed willing and able to acknowledge the complexity and delicacy of indirect translation.

Jordi Alonso’s collection The Lovers’ Phrasebook shelves itself precisely in the lexical gap between languages, working with absence to depict presence and utilizing singular words to display relationships. These poems are able to gesture at miscommunication and a lack of sufficient vocabulary while also creating space for new conversation. The Lovers’ Phrasebook excels in its bravery and conceptual construction, working to translate without obscuring or whiting-out the original word in favor of an English counterpart. It’s a book that hails the multiplicity of loves and languages, largely favoring an experiential approach to definition rather than a literal one. The Lovers’ Phrasebook is an invitation to re-imagine how we move between languages and what the space in between words and their translations means and can be used for. By placing love in the space between fluency and confusion, Alonso has turned what could have been a dictionary into a romance.