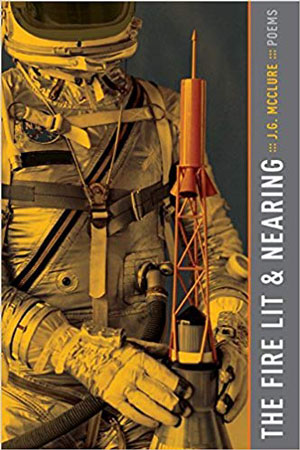 J.G. McClure’s long-awaited first collection of poetry, The Fire Lit & Nearing meditates on the loss of romantic love and walks through darkness for an answer. McClure refuses, and simultaneously attempts, to mend himself on these pages. There are moments so quotidian—cutting nuts for pesto, a cat bringing gifts home—when McClure’s desire to pull himself through his life, task by task, is visceral. Through gathering pieces of the material world, McClure attempts to construct an answer to the silence after heartbreak. This collection, and the answer it offers, is a darkly funny meditation on loss. With simple and honest language, these poems invoke a desire for recovery.

The collection is laid out in four sections, nestled between an epigraph and epilogue. Each section can be seen as its own part of the healing process, one that invites the dark-minded to laugh at the misery and find solace in the discomfort of daily life. The first poem, “Multiverse Theory,” is a lingering rumination on possible existences that he and the beloved “you” may have lived. He writes:

There are worlds as real as this one for every way we never meet:
worlds where you get hit by a bus instead, or I do,
worlds where you are the one
driving the bus and the squishy
whistling noise I make as
I’m sucked under the wheels haunts you

McClure’s satirical whimsy—how he weaves together bus accidents and love at first sight—is the constant balance of Section I. He writes of contradictions. Shortly after, in “Romantics,” McClure gives a name to the “you”, “Ellie,” to whom he writes. As a reader, one pauses to imagine if Ellie is real, a compilation of lost loves, or some part of McClure himself that he aims to cast aside. In “Romantics,” he sinks back to a time he expresses as simpler.

Don’t you think
you could’ve found a way
to live with me? Had we just been
born 200 years ago, together
we could vomit laudanum, gently
holding back each other’s hair.

Almost every poem sighs with the memory of domesticity. McClure writes of a loyal, thick-tongued dog named Sadness, and a cat who brings down airplanes and trucks with her miniature bite. He searches for companionship by resurrecting the past in “Reverse,” writing, “The man walks backward into a lamplit studio where / like him the woman is crying. They scream…” His memories become a conversation. This dry humor and focus on the mundane, seems an attempt to fill the silence, to hold back the onslaught of self-reflection that can accompany grief. 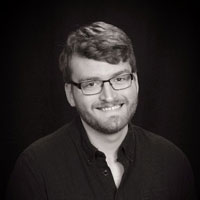 In “Self Portrait in Triolet” in Section II, McClure succumbs to the inward gaze and begs himself to silence his “little voice”: “So be nobody. / Shut up the hinge, your voice, / the sound it makes. Good. Now do not open.” The language is simple and straightforward. “It turns out there’s nothing to think of but yourself,” he writes in “The Astronaut.” He cannot hide from the self, from the ego, which takes on an identity in “Self Portrait as Ego and Vehicle”: “You said I’m unhappy / because of him, that he’s the reason I need some reason / not to shoot myself or make a strawberry-Vicodin smoothie.” Flirting with the formidable, McClure continues to resurrect the past while excavating himself, illustrating mourning in his own toxic blend of satire and condescension, softened by smoothies, speaking Spanish into his phone, and other realizations of bitter joy.

The need for an answer, a reason or an entity to blame, is the crux around which the poems revolve. In “Ars Poetica,” the mice play a concerto of fear as they scramble over the piano keys in an empty hall. The rapid piano notes quiver in your mind, the sound of fear without knowing its source. “…and if only they could smell it at least / they’d know which way to run.” This language is an invitation into the unknown. He invokes poignant, brief moments with accompanying characters to provide some sense of relief, comedic or haunting, to distract from the silence, to find an anchor in the lack of clear understanding.

The tone in Section III shifts from a sense of exploring oneself to one of chastisement. From an ominous scene in “Parable” to the utter agony in “Little Anger Poem,” McClure begs: “What life waits for you, love? Who will want you? / Who will you want? Who will be yours / now?…” The language is intimate. “Poor fucked up McClure,” he addresses himself. In the condescension, acknowledging his doubt, he asks for guidance:

O Muse, I yearn
to be bikeless, painless—I know well I am
what’s wrong. Sing the words
that will repair me.

The change of tone, and forthright voice, inspires readers to imagine that redemption, without tropes of animals or daily tasks, may be possible. In “He Could Be Happier, He Thinks, if He Could Hate the World Purely,” he writes more descriptively:

A friend one night stood under the stars
and opened her wrists
and the next night convinced him to leave his own wrists sealed—
There are his wrists. Their squishy blue circuitry
and freckles and marshland of hair.

McClure observes himself in paralysis. He tunes into the infinite, miniscule beauty of his human circuitry, mesmerized, while standing on the precipice of the living. He pauses. One yearns for him to feel absolution. If he can stare into death and not fall forward, the reader, too, becomes invited to find peace in the face of both ridiculous and everyday suffering.

The final section holds that absolution. In “Pesto,” an agony-invoking account of how a relationship breaks, McClure admits flaws. Arguing over walnuts and pine nuts with his love, he voices his preference. She gets angry; he throws the pesto away. She storms out. He’s left fuming, and this is how a relationship breaks. In small moments. The scene from this poem could be anyone’s.

Let me learn to suffer
with the dignity of purpose; if there can be no purpose
then make me a duck on the currents of
a swimming pool—content to splash and search
for minnows that have never been…

By the end of Section IV, one can feel the contours of emptiness that McClure presents. The shape of what McClure searches for, the “minnows that have never been,” may have to sit in place of a clearer or easier answer.

The balance of empathy and sardonicism in The Fire Lit & Nearing is what makes this collection both comforting and heart-wrenching. There are moments when the sappiness of lost love drags on too long; there are scenes when you wish you could shake McClure out of his head. And yet, there are many more instances that inspire a shared sense of wandering, of hope for those in love with love as well as those in love with loss.

The process of sitting with silence, and the self, is never complete. This collection voyages into the noisy, sense-making act of writing on trauma. In the attempt to mend, the resulting poems find companionship in the inanimate and sit with stillness, pleading it will be enough. 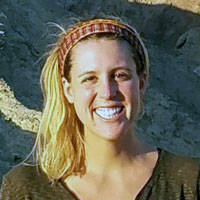 Kristen Sawyer is an experiential educator working for National Geographic Student Expeditions, the School of International Training, and organizations in Costa Rica and Ecuador. She teaches poetry, leadership and outdoor skills to teenagers in Central California who have immigrated to the United States. Her work has appeared in La Revista Zero, Apeiron Review, and Cuenca Highlife. Find more musings on intersections of humanity at www.thewanderingroots.com.