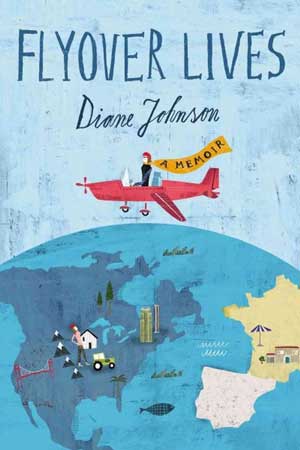 It takes guts to become a writer. Not because it’s a dangerous profession, but a person drawn to serious writing often discovers that there’s no clear employment path. Some people pursue newspaper or magazine jobs, and these positions can offer training and guidance to novice writers. But for those like me, who feel no calling for hard journalism, becoming a writer has meant making a series of strange, often irrational, choices. The careers of beloved authors provided me with my only roadmap. Unfortunately, most of the writers I admired were men who never faced the same social dilemmas (marry/don’t marry; kids/no kids, etc.) that stymied me, a resolute female from birth.

Despite the gender issues, Fitzgerald and Hemingway inspired me to pursue the expatriate tradition. I traveled in France, Brazil, and Japan. I moved to Mexico, lived on a vineyard in Italy. I searched for unusual opportunities to write and when they were not forthcoming, I invented new ones. My efforts brought me years of random joy and satisfaction. Somewhere along the way, I stumbled on the novels of Diane Johnson. It was incredibly reassuring to discover that out there in the big world there was an accomplished novelist who had gone everywhere and done all the things the guys did – while raising four kids and enjoying stable relationships.

Johnson’s work always struck me as elegant, unique, and truly intriguing. Not just because she shares my female perspective, but also because she’s lived a compelling life that brings depth and nuance to her stories. When I heard that she’d published a memoir, I was thrilled by the prospect of reading (and reviewing!) the book. I was expecting a tale filled with literary gossip and acute observations since most of her books hinge on those aspects of social discourse. I was also hoping she’d explain how she developed her inner compass and found the courage to make the choices that led to her literary success. 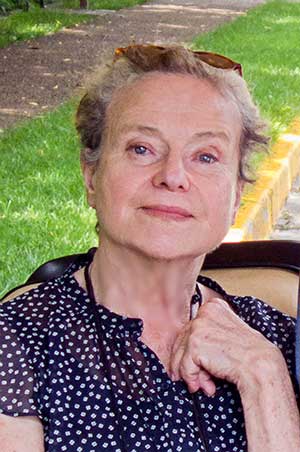 Although the first chapters were exactly what I wanted, the book leapt from a provocative lunch in Paris to a dense historical narrative about her ancestors. At various times of my life, I’ve been a serious student of history, but my patience for reading diary entries isn’t what it used to be. I was hungry for juice, drama, and personal revelations. The historical chapters felt so dull to me that I almost stopped reading the book. Thank goodness I didn’t give in to that temptation. I later realized that the ancestral chapters provided an unusual foundation for understanding Johnson’s life, and maybe the lives of all women. There’s nothing like a dose of 18th century facts to make you grateful for today’s liberties. Women no longer feel obligated to endure ten pregnancies. Nor must they watch many of their children die from horrid, incurable diseases. These tales also remind us how much bravery was required to survive the trials of ordinary life. Modern problems like uncertain employment and publishing shifts seem far kinder by comparison.

Nevertheless, I was thrilled when Johnson’s focus shifted to the challenges of her career. Her stalwart ancestors seem to have provided her with the inspiration she needed to leave an unhappy marriage with four kids in tow. She departed from California on the magic carpet of a research grant, faking a sense of economic stability as she raised her kids and pursued her writing dreams in England. It brought me great relief to learn that I wasn’t the only person who lied to their family about having enough money to fund a writing adventure abroad. But I only lied about having enough income for myself—Johnson was pretending she could afford to feed, clothe, and educate four kids on foreign soil.

It’s reassuring to know that her now-grown kids still love her and never made Johnson regret her unusual choices. In fact, their lives were enriched by years of living in France and other spots abroad. While her novels did well, not all of Johnson’s writing projects flourished. In chapters on screenwriting, she describes working on scripts with renowned directors (Francis Ford Coppola, Mike Nichols, etc.) whose movie concepts never made it to the finish line. On the other hand, one of her own books was made into a Merchant Ivory film, set in Paris—Le Divorce—and she also wrote the screenplay for a cinema classic—The Shining—in collaboration with Stanley Kubrick. She got to meet Elizabeth Taylor and Dr. Jonas Salk. Not too shabby for a mid-Western native, mother of four.

My only true regret about this book is that it wasn’t there for me to read twenty years ago. It would have been nice to study her sober, confident approach to literary life when I was making my early choices. Hemingway, Fitzgerald, et al., gave the impression that you had to be sloshed or mad with ambition to attain creative success. Johnson created a wonderful body of work and achievement that inspires in a totally different way. Her life was no less courageous or original for reaching these heights gracefully, in the company of a happy family. Johnson’s biography is nutritious reading for anyone trying to craft a literary life today. Becoming a writer may still seem like a confusing and risky process, but the valiant will find that it’s an adventure worth pursuing.

Colleen Davis is a Pennsylvania writer and author of the website Between the Pond and the Woods, which provides information and a Facebook forum for dementia caregivers. She writes for the Penn Memory Center and is a script writer for the documentary series “Philadelphia: The Great Experiment“, which airs on 6abc.