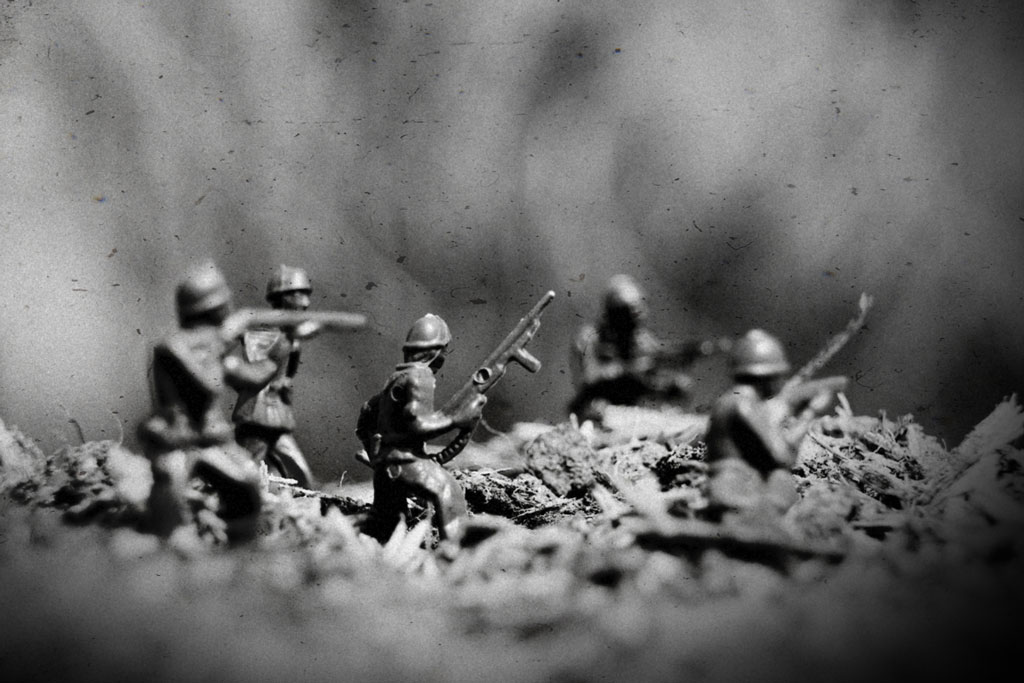 THE END OF WAR
by Robert Wexelblatt

By the ninth year we believed it might never end and gave up trying to win it because trying to win a war is the surest way to make it go on; that is, when you try to win a war it’s only the war that wins. This was the sum of the wisdom we had achieved in nearly a decade; in fact, it was the solitary thing we had achieved in all those years of fighting and suffering. Now that we were pushing thirty we couldn’t bear that the war would go on and on, not just for another decade but for the rest of our lives. Nevertheless, simply laying down our arms and surrendering would be futile because of the swarms of gung-ho seventeen- and eighteen-year-olds, weaned on tales of glory and revenge, who wouldn’t think of giving up, at least not for another nine more years. As for ourselves, our generation, we reckoned that it wasn’t the enemy that needed to be defeated but the war itself. It had already ruined everything it touched, from dairy farms to post-adolescence, from stone bridges to summer romances, from highway overpasses to bedside manners, from the pride of old men to the breasts of pubescent girls. So, by and by, we came up with a plan, desperate yet not inelegant. A dozen of us decided to organize a theater festival, as we announced, right on the front lines (of which there really weren’t any), right in the middle of the battlefield (though there really was no field). Our great production would stretch from the trenches to the rear echelons, from the barracks all the way to the field kitchens and mobile hospitals. We persuaded ourselves that in this way we might bamboozle the war into thinking it wasn’t a real war at all but only make-pretend. Our theatrics would confuse the generals, baffle the colonels, mystify the majors, deceive even the sergeants (who are always the most difficult to fool). We would make them believe they were not combatants at all but directors, stagehands, managers, grips, prop men, script girls, even, in the case of the elderly and august field marshal who headed the General Staff, a playwright. When the last scene of the final act was played, we would invite the international press and hand out awards. Critics from all the papers and television networks, bored with repeating patently false government communiqués, would be eager for the novelty of the business, and also frightened of missing something so unheard-of, so avant–garde, that they would flock to our vast theater. We would work the artillery barrages into the script, and the nighttime bombings as well. The streams of refugees would serve as extras in our epic production. We would take pains that even the smallest skirmish was properly lit, that there would be plenty of applause for heroes who acted persuasively heroic and no less for cowards capable of acting convincingly craven. If the cowards should turn out to be the more persuasive, then the cowards would receive the acting award and not the heroes. And soon, the war would forget its intention to be endless; it would be gobbled up by the glory of art as, under our high-school microscopes, we’d watched a paramecium ingest some morsel that became a piece of satisfied paramecium paddling purposefully through its little world. In this way, so we thought, the war too would gradually cease to be itself and become the subject of our vast theater-piece complete with its rising action, its recognition, reversal, and climax, with its rapidly falling action concluding in a most delicious dénouement where each enmity and conflict would be unknotted and made smooth, when all the terrible energies of our sanguinary youth would at last come to rest. The audience of millions would feel this approaching closure like a train rumbling toward the platform and this rumbling, this muted expectancy would be satisfied even if one didn’t particularly care for the play (it’s true that most people don’t like most plays) because everyone would know that soon they would be permitted to rise from their narrow seats (there is never enough leg room for those who have legs), released and granted all the time they wanted to mull over the faults of the drama in a café, then to make their way home, climb between clean sheets, and forget all about it. 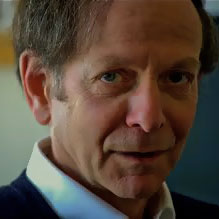 Robert Wexelblatt is professor of humanities at Boston University’s College of General Studies. He has published the story collections Life in the Temperate Zone, The Decline of Our Neighborhood, The Artist Wears Rough Clothing, and Heiberg’s Twitch; a book of essays, Professors at Play; two short novels, Losses and The Derangement of Jules Torquemal; and essays, stories, and poems in a variety of scholarly and literary journals. His novel Zublinka Among Women won the Indie Book Awards first-place prize for fiction.