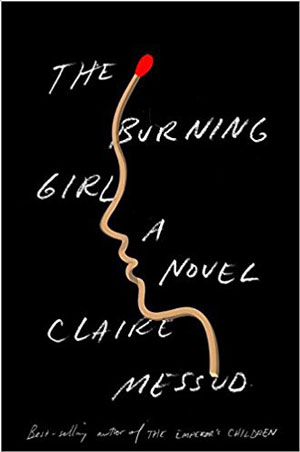 Hindsight never fails in providing a comprehensive scope of recently-felt chaos—this is the key narrative tool Claire Messud employs in her intimate coming-of-age novel, The Burning Girl. The Burning Girl offers deep insight into a seemingly minuscule and ordinary loss of two young Massachusetts girls, and quietly probes us to ponder the necessity, ridicule, and unfairness that results from a society prizing itself on the lack of innocence as means of survival.

Though the book is a work of fiction, it could just as well be one of creative non-fiction, or an authentic “true story,” as it addresses how many young children first experience loss: the end of a friendship. Through the unity and dissention of these two diverse, modern-day teenage girls, Messud leads us to question pre-existing philosophies of “innocence lost is experience gained.” “Can’t you see I’m contaminated? Can’t you see the grown-up dirt all over me?” asks Messud’s narrator, seventeen-year-old Julia Robinson, lamenting why she is not allowed to indulge in childish whims.

Here, I believe, Messud subtly points an accusing finger to contemporary notions of expected feminine maturity. Why must innocence be irrevocably lost? In our current climate of political turmoil, action franchises, and technological gratification, Burning Girl offers us a quiet investigation into the “how” and “why” a cord between two young girls was forcibly severed.

If Julia is the observer of The Burning Girl, her former friend, Cassie Burnes, is the observed. The novel recounts the quiet and sudden disintegration of their friendship. An upcoming senior in high school, Julia pieces together the theories and motives of her once-best-friend’s eventual disappearance from the small town of Royston, Massachusetts that was once their congenial playground. The novel is split into three parts: the first details the final summer of their friendship before progressing as high school freshman, the second presents the split that occurred as they entered high school, and the third and final section explores the nature of Cassie’s demise and ultimate disappearance from Julia’s life. Narrated like an old wives’ tale spread throughout a village, or a ghost story to be whispered and maliciously exaggerated, the loss of Cassie’s virtue is more or less public opinion and speculation that her oldest friend intends to correct. 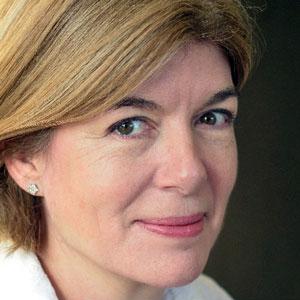 Claire Messud is the New York Times best-selling author of The Emperor’s Children (2006), and, more recently, The Woman Upstairs (2013). She is married to the English-American literary critic James Wood, of the New Yorker, and the two have been acclaimed as “the first couple of American fiction.” She thinks of her work as devoid of a genre, claiming her novels belong to “the kind that’s no kind.” Messud completed undergraduate and graduate studies at Yale and Cambridge, and her debut novel, When The World Was Steady, was nominated for the PEN/Faulkner Award in 1995. She teaches creative writing at a variety of universities along the east coast, and the American Academy of Arts and Letters has recognized her with the Strauss Living Award and the Addison Metcalf Award. Messud is also a fellow at the Berlin Institute of Advanced Study.

Unfortunately, the disappointment of The Burning Girl lies in its language, which is generally unspectacular, with a few surprising gems along the way. Comma heavy and abundantly overwritten, the narrator’s stream-of-consciousness tells me I’m gathering my information from a young female who is not fully adept at storytelling yet. In one such example, Julia notes, “seventh grade is differently difficult for each person.” The clumsy phrase “differently difficult” pulled my focus from the story; this became a recurring theme in my reading. Though written as a flashback, the Julia’s maturity is elided, making the book feel sentimental, and turning Cassie into a pitiful martyr of her woebegone innocence. The narrator is (convincingly) overwhelmed with remorse, but this tone drips with every word Messud writes, blocking the reader from truly connecting with the characters. While credible, it does not make an enjoyable read.

You’d never think it. …in the same way that he [Goya] was in seventh grade art class for me, and the French Revolution was in ninth grade history, and who was going to make that connection? That’s sort of what happened with Cassie and me. I guess I was Goya, just doing my thing, and she was the French Revolution.

Here, The Burning Girl perfectly illustrates how the loss of a friendship can correlate with the loss of virtue, and severely alter and distinguish the paths of two young women. I personally find a novel is only as good as its ending, and Messud offers us one consistent with her themes of disillusionment. “The happy ending is no ending,” states Julia, reflecting on the lost friendship. “Nobody particularly wants the happy ending when they care more about the story than the person.”

Amanda Klute holds a Bachelor of Arts from Washington College in English Literature and Theatre. In addition to her internship at Cleaver Magazine, she has worked and written for The Summerset Review, The Collegian, and is an avid member of JASNA’s newsletter, Bits and Scraps. She is currently located on the East Coast and is a freelance writer and director.