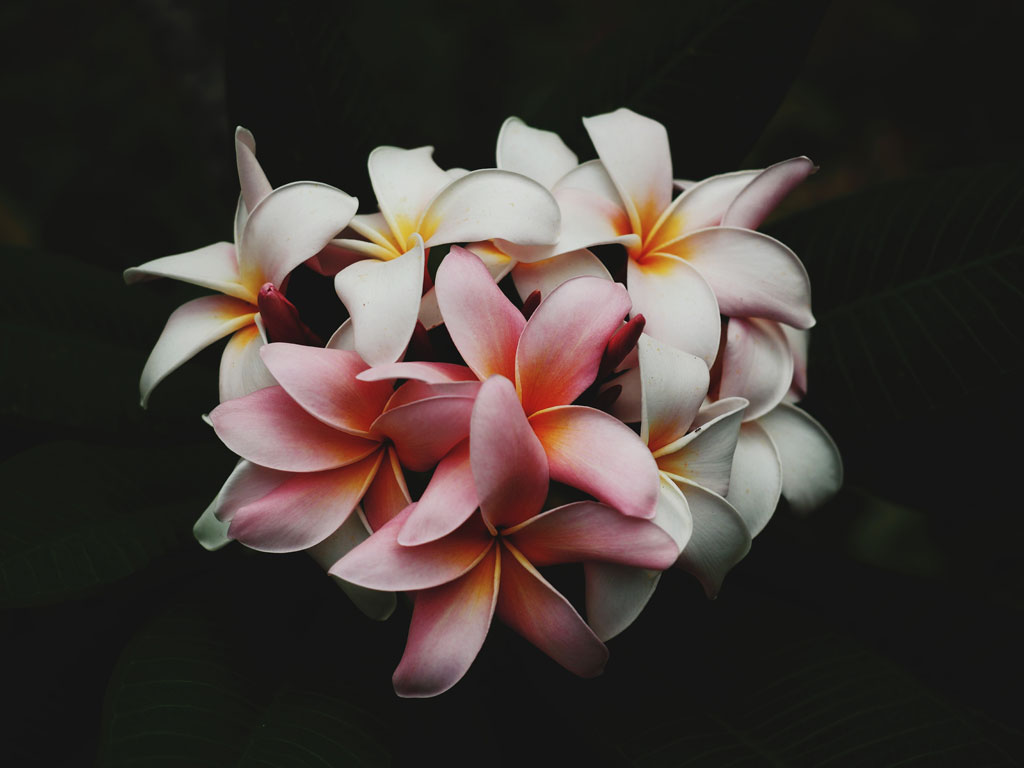 Anyone who has written and submitted anything—poems, stories, essays, books—knows that immediate acceptance is extremely rare. When that happens, we celebrate and try not to let it spoil us. Much more often, we receive negative feedback in the form of outright rejection, advice, and/or an invitation to revise and resubmit (an option much more common in the academic world than in the poetry and fiction publishing scene).

When dealing with negative feedback, I’ve found Elisabeth Kübler-Ross’s model for handling the five stages of grief uncannily helpful. She developed this model to describe how terminally-ill patients tend first to deny their prognosis; become angry at their fate, their own bodies, and sometimes other people around them; bargain with a higher power or whoever they can for an alternative; fall into depression once bargaining fails; and in the best case scenario accept their changed circumstances. (Although critics have pointed out that this model blurs description and prescription, many people nevertheless find it useful. Some have even adapted it for dealing with other kinds of loss, such as when a spouse mourns a failed marriage.) 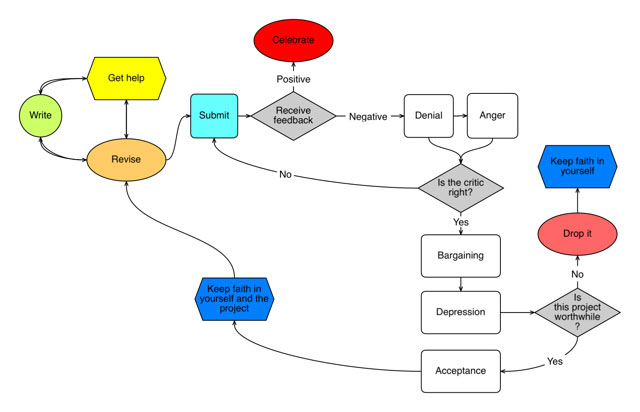 The flowchart above both describes my writing process and offers guidance at junctures in that process, especially after receiving negative feedback.

The cycle of writing, revising, and getting help (in the upper left corner of this chart) is familiar to most authors—aspiring and experienced. Writing requires us to put our butts in chairs and churn out words. Some of us do this with regular consistency, while others wait for the right moment. The prescription to write every day has its proponents and detractors. No matter how we produce our first drafts, we revise, often through several more drafts. The poet Mary Oliver admits to revising her poems as many as fifty times. Not everyone seeks the help of others, but I’ve found critical-but-friendly readers essential to my own process. Some find these readers among their family members and friends. Others join writing groups or MFA programs. And a few of us pay professionals like those at Humanities First or consultants who advertise in the back of Poets & Writers magazine.

When the work feels ready, I submit it to the most appropriate journal or publisher I can find. It’s always a good idea to be familiar with work usually published in your chosen venue. Anthony Ocampo gives meticulous advice about how to analyze a journal’s articles before submitting your own work to it.

Once in a while, we receive immediate acceptance and we celebrate, but more frequently we receive a note of rejection or an invitation to revise and resubmit. With rejections, we occasionally get a reason but more often receive a simple “no, thank you.” In the case of a revise-and-resubmit, we usually get advice on how to improve.

At this point, we find ourselves on the right side of the flowchart. Denial is typically my first reaction, and I might tell myself, “My work was so good. It was the result of significant effort. This negative feedback must be off-base.” Depending on the critic’s tone and comments, I may or may not experience anger. If so, I might complain, “This critic is wack. He or she must have a personal grudge against me or this kind of work.”

The first crucial juncture for me occurs here. I must ask myself, even if I’m feeling angry, “Is the critic right?” Sometimes the critic is simply wrong, or perhaps I’ve sent my work to an inappropriate venue. In that case, I read over my piece once more to make sure I haven’t changed my mind about anything and, if not, then send it off to the next journal or publisher and wait again. Frank Herbert reportedly submitted his novel Dune to twenty publishers before it was accepted by Chilton, which is better known for its auto repair manuals. His determination and Chilton’s decision paid off, since Dune went on to win the Hugo Award and the Nebula Award for Best Novel and in 2003 was cited as the world’s best-selling science-fiction novel.

Often, however, negative feedback contains some truth. Experienced critics want to accept excellent work, and when a piece falls short and time allows—in the academic world especially—they advise authors on how to improve their work until it meets their high standards. Some of us crave this kind of careful feedback, and it’s de rigueur for scholarly monographs. Ezra Pound was famously critical of T. S. Eliot’s draft of The Wasteland. He suggested cuts and revisions that shortened Eliot’s long poem by half, ultimately bringing out the masterpiece in what Eliot admitted was a “chaotic” manuscript. In spite my knowledge that bracing feedback can be incredibly helpful, I might find myself bargaining, saying probably to myself, “How little revision can I get away with to resubmit what is essentially good work?”

If I’m feeling weak or the advice is too difficult or distasteful to follow, I’ll fall into a state of depression. I might say, “True revision is so hard. Why should I bother? Maybe I should give up?” At this point, I find myself at another crucial juncture and need to ask myself, “Is this project worthwhile?” Not all projects are worth the time and energy to revise. (Maybe I don’t care about this subject as much as I did three years ago when I started working on it? Is additional devotion to this project stopping me from doing more worthwhile work?) At her 2013 commencement address at Smith College, Arianna Huffington advised, “Sometimes the best way to finish a project is to drop it.” When I heard this, I felt like she had granted me permission. In fact, I did give up on a big project that was going nowhere, turned my attention to other projects, and have enjoyed some publishing success and less guilt over the past few years.

Of course, I don’t mean to say that resilience and grit aren’t important. They certainly are, according to this TED talk by Angela Lee Duckworth. She argues, for instance, that practice and persistence often account for success more than talent. But it is also possible to be too gritty and persist in behaviors that are ultimately self-destructive as Gale Lucas has shown in her research. She encourages us “to know when to quit and reevaluate rather than blindly push through.” When giving up on a project, however, it is important to keep faith in yourself and get to work on something else. Some writers and artists make sure to have several projects going at once so that not all of our emotional eggs are in the same basket, hence distributing our hope.

When I’ve decided that a particular work is worth revising, I arrive at a sense of acceptance. I might engage in self-talk like this: “There’s actually some truth in this criticism. It comes from a source that wants to help me improve my work, even if his or her tone could have been kinder. Let me engage with this feedback seriously. The hard work of revision will be worth it.” At this point, I have kept faith not only in myself but also in the project, and I reenter the cycle of writing, revision, and getting help until I am ready submit again.

As good a metaphor as Kübler-Ross’s model might be, it is worth emphasizing this difference on the matter of acceptance: accepting a terminal diagnosis is not the same as accepting the need to revise.

In the case of writing, accepting negative feedback and deciding to recommit to improving a work means a new lease on a project’s creative life. If I’ve made it through these five stages all the way to acceptance, I know both that the project is worth revising and that I can do it. 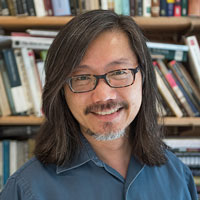 Floyd Cheung is author of the chapbook Jazz at Manzanar (Finishing Line Press, 2014). His poems have appeared in Ambit, Rhino, and other journals. He teaches in the Department of English and American Studies Program at Smith College in Northampton, Massachusetts. His academic publications include journal articles on and scholarly editions of early Asian American literature.

TIME HEALS, EVEN YOUR DRAFTS: Three Key Realizations for Revising Your Novel, A Craft Essay by Wendy Fox

ACROSS THE DIVIDE AND BACK: How Writing Poetry Is Changing My Nonfiction, a craft essay by Vivian Wagner

BECOMING AN OUTLAW Or: How My Short Fiction Became a Memoir, a craft essay by Andrea Jarrell