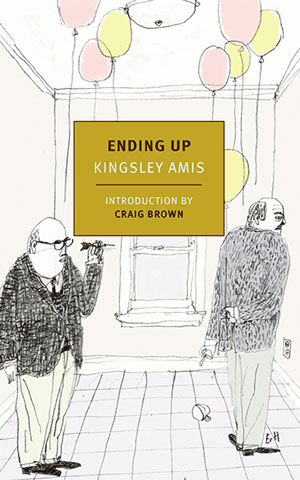 Originally published in 1974, Kingsley Amis’ short novel Ending Up is about five old-timers approaching death in England. It is a startlingly funny work, considering the grim subject.

I was initially apprehensive about this book, wary that my limited knowledge of English culture would hinder my ability to understand an English work of social satire, but happily this was not the case nor should it be a worry for any reader. Amis’ concerns in the book, while presented through British characters, are predominantly human in scope.

The bulk of the novel, with the exception of a few doctors’ visits, takes place at Tuppeny-Happenny Cottage, where the novel’s five protagonists share residence. The cottage, with its off-the-beaten-path culture, is a petri dish of incubating irritation resulting from the character’s declining physical power and loss of mental faculties.

While the plot is inherently tragic, Amis’ dry descriptions, annoying characters, and ridiculous ending argue for the book’s classification as comedy. Satirist Craig Brown, in the introduction, describes the book as irritation raised to the level of art. More succinct words have never been uttered. If there is an aim to this meandering tale of drunkenness, petty arguments, and “long wailing farts” it is to display without remorse the irritations of old age, incontinence and all.

The cast consists of individuals whose personalities are equal in flaw to their failing physicality. Leading the charge towards irritation incarnate is Bernard Bastable, a man whose general dislike towards everyone and everything results in days spent pulling hideous pranks and unsuccessful attempts to frame his roommate’s dog as a menace that should be euthanized. Amis’ insight into the cruelty of age captivates and adds intrigue throughout the text. As time scratches away Bernard’s desire, he grows distant from himself.

In the past, he had been a man of many interests. The athletic ones—fives, racquets, cricket—had gone when they had had to go and he did not want to read about them. Military tactics and strategy, the history of the Empire, anything concerned with India (the land of his birth and early childhood and of eight years’ service between the wars), pioneers in aviation, chess, the life of the Duke of Wellington, the works of George Meredith, all had gone too… So all he did was pass the time.

Luckily, or not, Bernard is surrounded by an ensemble cast of absurd ancients. Bernard’s sister, Adela, is an ugly woman without any friends who has “never been kissed passionately.” Derek “Shorty” Shortell is Bernard’s alcoholic partner who he hasn’t slept with in thirty years. George Zeyer, a retired professor suffering from hemiplegia and nominal aphasia, is the brother of Bernard’s former wife. And Marigold Pyke is a mildly senile woman who speaks in childish idioms such as “drinkle-pinkle,” “chummy-wummies,” and “kiddle-widdles.”

These are five irritated people with nothing better to do than irritate each other. Amis somehow manages to make one hundred plus pages of this hilarious and compelling. Shorty, for example, endures mortal decay with touchy stubbornness. “He felt a twinge at his anus,” writes Amis,

‘You are a sodding liar,’ he said to it. ‘Not an hour ago you were on about that was that for the day—what, you bother me again? Not you, and butter wouldn’t melt in your mouth. All right, fuck you, I’ll go quietly. That bleeding wine. Thought Scotch was supposed to be binding. 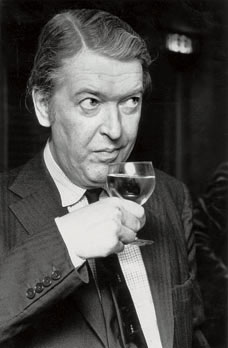 If he were to have chosen likable characters instead of the irascible lot of hand wringers and grouches that he did, the book would certainly fall out of comic classification and into the realm of witless tragedy. After all, if you look past the humorous antics and ubiquitous flatulence, you are left with five withering seniors plagued by strokes, cancer, senility, and alcoholism—each of them moving closer to death with the turn of the page.

But humor bandages most wounds and indeed, Amis’ laconic portrait of dimming life at Tuppenny-Hapenny Cottage is a near perfect satire, capturing with exaggeration the petty obsessions, feuds, and struggles that comprise geriatric life. While at times the apparent aimlessness of the plot can leave the reader questioning the point of it all (somewhere around the tenth “long wailing fart”), the final section of the book, in all its absurdity and cruelty, makes clear the author’s intentions and leaves the reader satisfied and in my particular case, laughing hard enough to forget all of time.