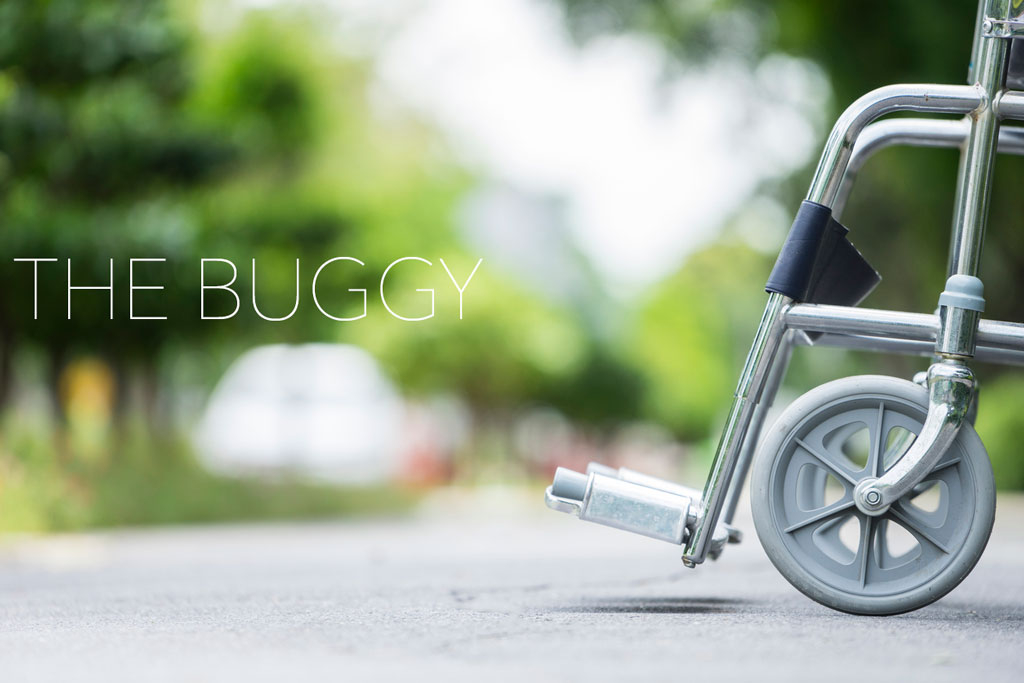 THE BUGGY
by Reggie Mills

The kid rides the dad’s buggy fast and quick. It’s him and her in the buggy with the handlebar and the seat he sits in with the kid standing at his back. He’s got a rare type of osteoporosis that only affects men, see, and though it hasn’t been diagnosed, he knows this is what it is. He’s seen the weird hunched-over ladies with their reusable totes lugging veggies and fruit back and forth. Each time he sees them, he thinks, You and me both, sister. The symptoms haven’t yet showed but he knows it’s coming. He can walk just fine if he wants. The buggy is more of a preventative measure than anything else. Plus it gets his kid and him from A to B real quick. She’s in school, elementary, you know, the one where she’s gotta be there 8:30 a.m. or he gets a call. And he gets more than enough calls, that’s for sure. Plus there’s the fat perk of the sympathy looks this chair gets him, the ones he gets from other people in public who see the sad old middle-aged man in the buggy crippled by who knows what. He doesn’t put on a show to cover up his legs or anything, wearing jeans just like the rest of us, because he’s a person too. So scared, so sick, so brave. It’s a crippling disease, pre-onset osteoporosis. But you can call it pre-onset osteo for short. 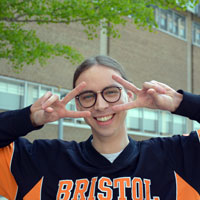 Reggie Mills is steadily losing his sense of smell. His fiction appears in Buffalo Almanack, The Impressment Gang, Filling Station, and Driftwood Press and has been nominated for the Journey Prize. He lives in Toronto.

WHILE TRYING TO DECIDE WHETHER OR NOT TO MOVE TO A REMOTE AREA OF MICHIGAN, I ATTEMPT TO CONVINCE YOU TO BUY A TINY KNOCKDOWN HOUSE UNDERNEATH THE EL by Krys Malcolm Belc

WHEN TWO BROTHERS ARE THE SAME AGE by Alex Eaker