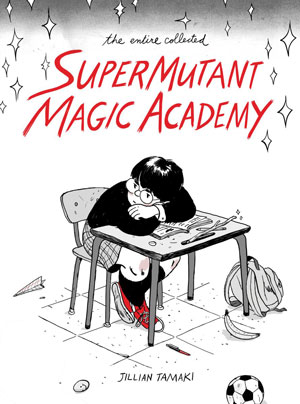 Awkwardness is the hallmark of adolescence. Teenagers going off to boarding school or college find themselves entering a particularly unstable social realm for the first time. Having mutant superpowers or knowing the secrets of magic can help overcome this awkwardness—or it can exacerbate it. Part Hogwarts School of Witchcraft and Wizardry and part Professor X’s School for Gifted Youngsters, SuperMutant Magic Academy paints a whimsical, snarky, and heartwarming picture of this period of youth.

The cover of SuperMutant Magic Academy features Marsha, bored and surrounded by the detritus of teenager-dom: her homework, notes, and of course a magic wand, no more special than the pencil she writes with. Characters walk through the halls of S.M.A. hypersensitive or oblivious to dolphin-headed Trixie, super-logical hunk Cheddar, cute and fox-eared Marsha, as well as the performance art antics of Frances or the annoying ploys for acceptance by laser-eyed Trevor. Like many an institutional bubble for gifted youth, S.M.A. is a parallel society where issues of identity, gender, sexual orientation, race, and how-is-everyone-going-to-live-in-the-real-world are played out in between magic classes, football games, regular classes, pranks, and protests. Contemporary youth are immersed in a technological world that renders their attitudes with a seemingly ironic blasé, yet they still play D & D with zeal. 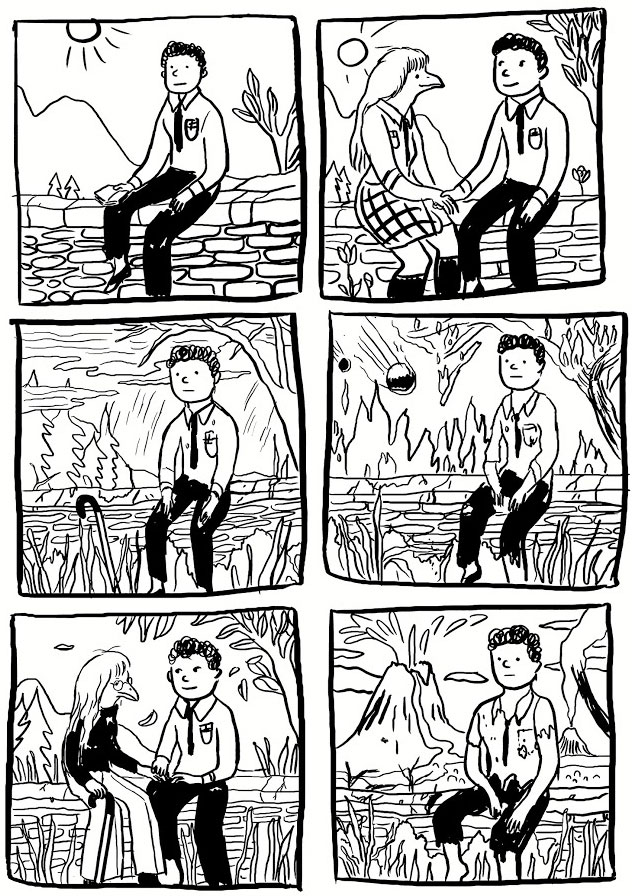 Simply drawn while accurately rendering drama, dialogue, and action, each page is satisfying in its sometimes dark portrayal of adolescence and its conflicts. Marsha, a female nod to Harry Potter, joins an all-male Dungeons and Dragon’s role-playing game. She cannot convince the others to change their chauvinistic ways and only later realizes that they consider her “one of the guys.” Frances, whose rebellious performance art calls into question social norms, admittedly partakes in vice herself simply for the pleasure of it. Trixie destroys her room, quipping, “I believe it’s called containing multitudes, mother.” This juxtaposition of youth and intellectualism drives S.M.A. 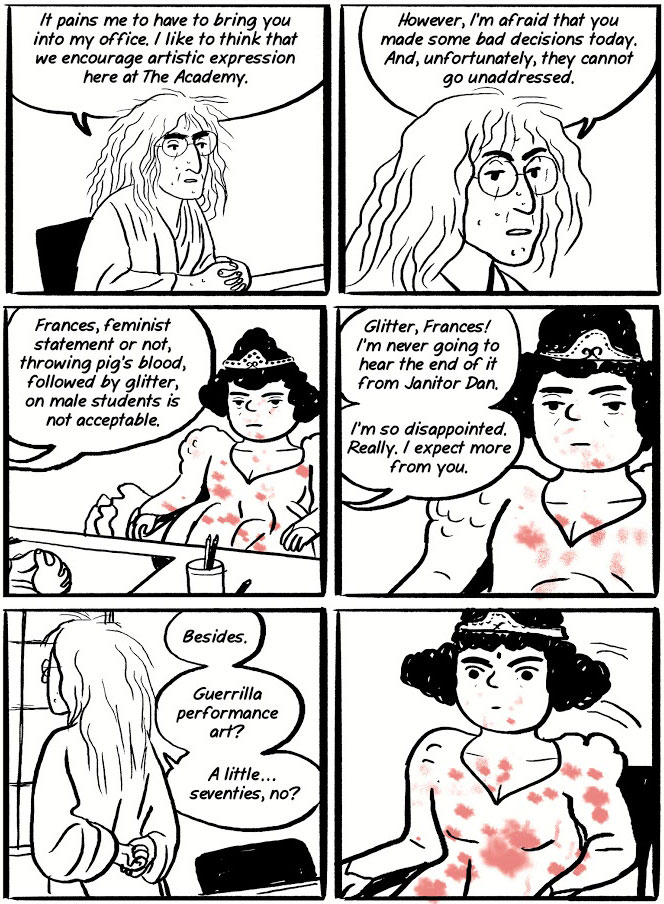 Six-panels-per-page long vignettes operate as their own stories, factoring into the larger world of S.M.A. Relationship drama is broken up by the existentialist scenes of Everlasting Boy, whose power is timelessness and puts existence into perspective; he smiles at petty teenage concerns. As the reader progresses, a larger framework carries through each character’s trials, tribulations, fantasies, and pranks. Tamaki beautifully succeeds in capturing the very essence of being a teenager in today’s world, even while being set apart from it. Magic and mutant powers serve as catalysts for the humor of embarrassment and discovery in the teenage years. Sarcasm is a power, denial a spell, and the true test is discovering who you are when the mundane aspects of life are just as traumatizing as the supernatural and magical. 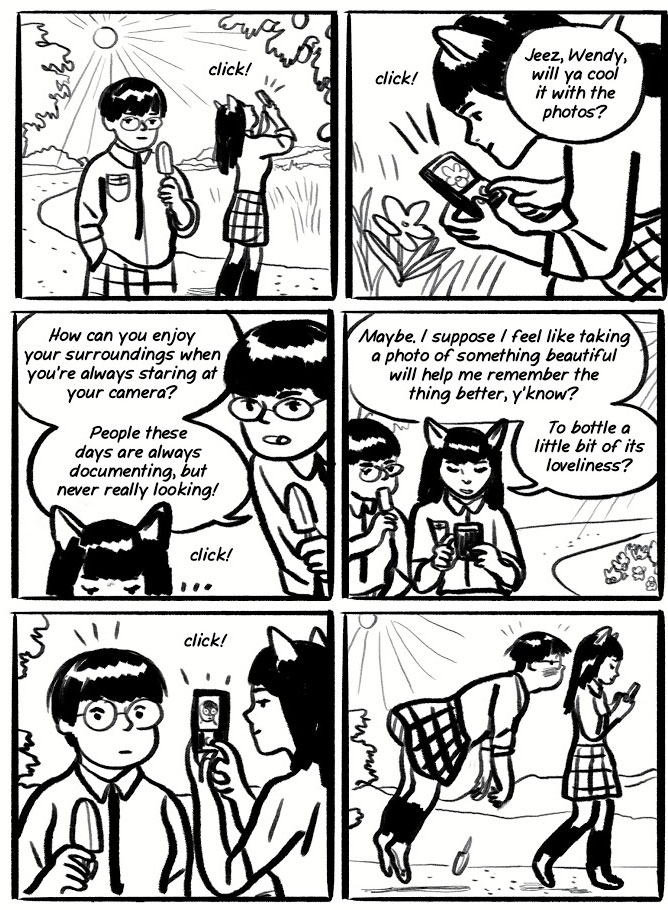