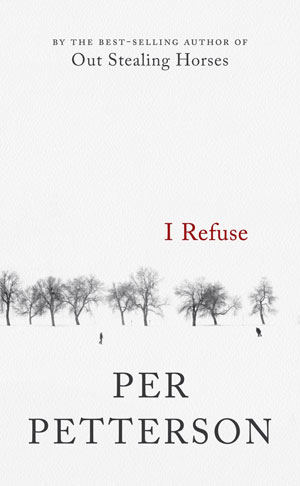 I REFUSE
by Per Petterson
translated by Don Bartlett
Graywolf Press, 282 pages

The fact is that part of you is always fifteen, and will always be that silly, stunted age, when you had all the answers and your heart was folded as neatly as a napkin. The age when you sampled cigarettes and realized how easy it would be to run away from home, for good. The age when the drink or the drug worked, for the first time, altering the way you saw yourself and the rest of the messy, stimulating world. The fact is that everyone is this way, forever fifteen. We age in place, with our bodies getting older around the skeletons of our memories, which are fixed as the spears of a crystal. The same is true of Per Petterson, who circles the same heavy themes over and over again, as though hoping to divine their meaning. I Refuse, his latest novel, revisits familiar territory: cruel adults, absent parents, the unspoken pact between friends, and an eyeless God hanging over the whole scene like a painted canopy.

Released over a month ago, I Refuse is already “selling like a train,” according to publisher Graywolf Press. There are other reviews, by more astute writers in higher places. These other essays compare Petterson’s work to his earlier novels; they reflect on the inherent grimness of being Norwegian. The element of time, so lovingly evoked in I Refuse, suffers a great deal of praise in these other reviews. Why? Petterson isn’t necessarily breaking new ground, in his own writing or in fiction in general. He’s deepening the trench he’s dug with his pen, and his labor is inspiring in its singlemindedness. And isn’t that how it should be, the same way Lou Reed cooked rock and roll down to three throaty chords? Simple. Humans are afraid to die. We examine the entrails of our pasts, hoping for a sign of where we went wrong. Was this part of our makeup, or an offense we committed without thinking twice? Petterson tweaks the tail of those fears. His characters find that, although the glare of youth has passed, the coals burning in them are red and fierce as ever. Will we ever be obscure? They seem to ask themselves. Were we ever anything? 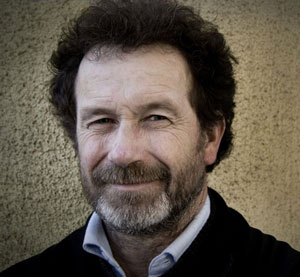 The premise is simple: two men, Tommy and Jim, once childhood friends, meet on a bridge on a grey, unpromising morning. One man is at the wheel of a Mercedes, headed to work at an office in the big city. The other, fishing from the rail, his hat greasy and battered. A moment of recognition, and the past unfolds like a deck of cards. Petterson deals the details slowly, giving the reader a chance to savor the connections. There’s an imminent sense of failure—we already know how this story ends, it’s the who and why that keep us turning pages:

We both knew why he limped and we had forgotten nothing, repressed nothing, but we weren’t supposed to talk about it, no, that was the trick, instead we would just look at each other with maybe a quick smile on our lips and share that knowledge, that memory, as though it was something that was ours together, his and mine, something intimate and violent, a secret, burning bond that held us together, a bond of blood.

The rejection of memory—or someone else’s version of the past—seeps through I Refuse. Petterson gives each character his or her own say in a way that enlarges the plot without causing much intrigue. There is little disagreement in Tommy and Jim’s accounts, which is mildly disappointing, but the winding sentences and beautiful, bleak images of the woods in childhood elevate the novel from clever to elegant. Many critics will tell you this one is worth reading; I say, yes. Like the past, like the shell shaped whorls of your finger pads, like the white stones in a new grave, it is worth examination.

Per Petterson’s short story collection Ashes in My Mouth, Sand in My Shoes, also from Graywolf Press, was reviewed earlier this month by Rory McCluckie.