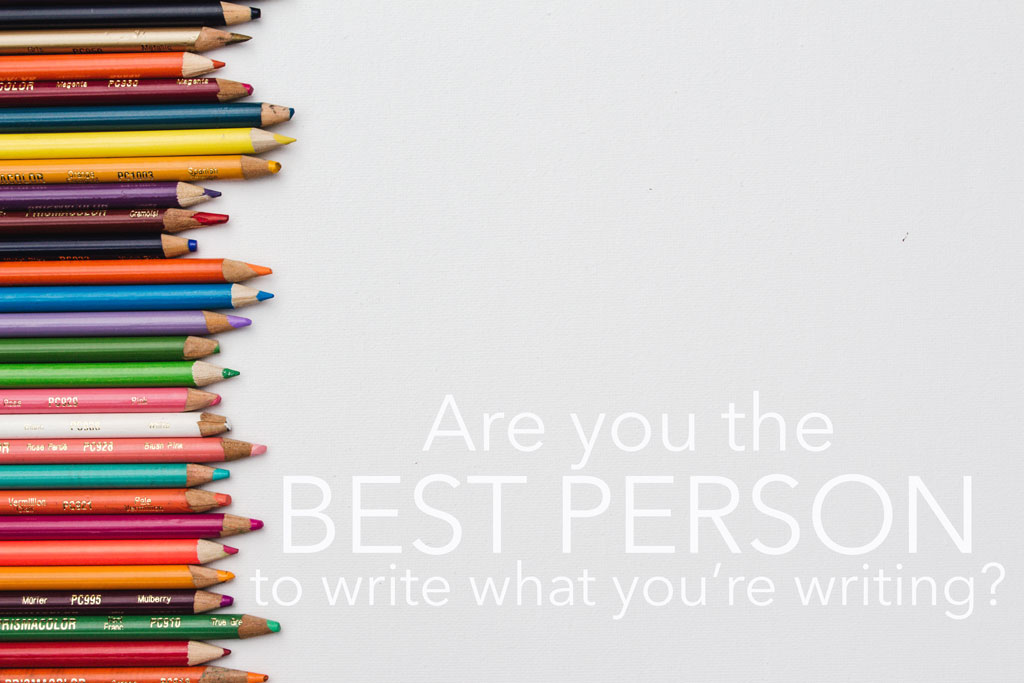 A Craft Essay on Writing Diversity in Fiction
by Sawyer Lovett

As a queer, relatively progressive woman writing things on the internet, I thought the conversation about diversity in publishing was pretty well established. That we were all looking hard at the world around us and trying hard to implement best practices. But we still have a long way to go. I’ve gotten spoiled by keeping good company and while there are tons of other people speaking more eloquently about the importance and need for diversity and inclusion, I hope this will be a good starting point for writers looking to write outside their experience.

Are you the best person to write what you’re writing? Does your lived experience complement the story you’re trying to write? Real talk: The conversation about diversity and inclusion is a relatively new one and books and publishing are stronger because of it. Organizations like VONA (workshops for writers of color), Lambda (amplifying queer voices), and WNDB (children’s book advocates for changes in the publishing industry) are doing an awesome job of helping create and inspire books that more accurately reflect the world we live in. Part of that conversation is about the difference between compulsory diversity and own voices (books written about marginalized people by marginalized people—in their own voices).

Compulsory diversity reads like a checklist: one character of color, one queer character, one character with a disability. Ta-da, instant diversity, just add water and stir. Predictably, this shallow formula reads pretty false. Black characters written by black authors are always going to be more real. Bookish people on twitter have been talking about this for a couple of years now and a phrase that I’ve seen pop-up a couple of times is “stay in your lane.” I love this analogy. We’re all readers and writers on the same highway. We all want to do good art that reflects the world around us. We should be aware of all the cars on the road. We shouldn’t merge just because that’s where all the traffic seems to be going: changes to our destination can be dangerous. Your writing and your perspectives are important.

If you believe sprinkling diverse characters into your work will help you break into traditional publishing, you are in danger of potentially reinforcing stereotypes or creating a negative image of a community to which you don’t belong. You should consider that the narrative of slavery belongs to black people, transitioning is specific to trans and gender non-conforming people, and coming out is primarily something that queer people have to do. You can read every book on the subject ever written, but you do not have that well of life experience to drink from and your writing will reflect that. That being said, there are white, cisgender, straight writers who do diversity well. Colum McCann’s Let the Great World Spin gave depth and dimension, sorrow and joy to black and Latina sex workers. Becky Albertalli’s Simon Vs the Homo Sapiens Agenda was a gorgeous love letter to the queer kids she worked with. Those authors put in the work. They spent enough time in the communities they were writing about to get it right.

Writers have a lot of wiggle room when it comes to what they can write about. Not all mystery writers are murderers, lots of science-fiction authors are not aliens. (I would love to see those Venn diagrams, especially.) But murderers aren’t especially ignored in fiction and as far as I know, no aliens have yet spoken up about appropriation, so I think it’s fair to assume that as writers our primary concern should be in preventing harm to communities that are already marginalized.

Are you guilty of tokenism? Your work-in-progress probably has a cast of characters. Take a look at the demographics of that list and be honest with yourself. Did you change someone’s name from Dave to Davon to make it more diverse? Is Davon the only person of color in your cast? If so, there needs to be a good reason for that.  Code-switching and tokenism are exhausting. No one does it by choice. Davon might go to prep school with a bunch of white kids, but that isn’t his whole story or peer group. His family, neighborhood, or church community that mirror his socioeconomic demographics are probably much more comfortable for him. If there is only one marginalized character (or worse, two marginalized characters from different communities—for example, a gay kid and a Latina kid), be aware that maybe you’re adding them in to break up an otherwise white landscape. Ask if there’s a reason to do that and most of all, what point someone reading these characters might think you’re trying to make. For example, if you’re trying to diversify an all-white cast of unruly teenagers and you make the nerdy kid Chinese, are you feeding into the trope of Asian nerds? If you make the murderer in your psychological thriller a cross-dresser, are you adding fuel to the mythos of Jame Gumb from Silence of the Lambs? Which brings us to our next point …

Avoid stereotypes and clichés. Be aware of how you’re using your diverse characters. Are they an active part of the story or are they accessories that prop up your main character? Are all of your black characters around just to teach the white kid how to dab? Does your First Nations character take your group on a spiritual journey? Is the gay best friend around to pick out clothes? You can avoid these (and many other really outdated and offensive ideas) by googling racial stereotypes. Tvtropes.com is a really good resource for that.

Watch how you describe your characters and please avoid using culinary terms. People are not food. Describing someone as chocolate-colored, caramel, honey, or cinnamon is just lazy racism. Don’t describe your characters as “ethnic” or “exotic.” (As in Memoirs of a Geisha or Madame Butterfly). This is super racist because it identifies people of color as an “other” to white people and moves the margins farther away.

Do your research. If you’re writing outside your experience, you owe it to the characters and the communities you’re trying to represent to be as authentic as possible. Internet research costs only time, and meeting and learning about new people will make your stories better and your worldview wider.

Don’t ask marginalized friends to read your work. There are so many reasons to avoid this, not the least is that we’re all busy people and your work is probably not high on your friends’ priority list. Asking your friends to do unpaid work is weird at best and manipulative at worst. Putting them in a position where they’re not sure how you will respond is awkward and could potentially damage the relationship.

A good alternative to this is to hire a sensitivity reader to weigh in on issues of bias, cultural sensitivity, and appropriation. If that isn’t a feasible, consider a writing group or workshop.

In the end, do what you will. There are exceptions to everything and ultimately your work is your own, and (for the most part) you control what goes out into the world. But, once it’s out there, it’s no longer solely your own. Readers, bloggers, editors, and agents are all going to have thoughts and feelings about your writing. Put the best of yourself out there, do work you’re proud of, and aim to write well and responsibly. A lot of really good discourse is happening on social media. Look to twitter especially—writers like Justina Ireland and Mikki Kendall and Ellen Oh are doing good, important work. And keep reading about diversity and inclusion! There are so many resources available and reasons to reflect the world around you. 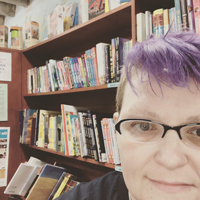 Sawyer Lovett is a writer, MFA student, and bookseller living in Philadelphia. He is the author of Everybody Else’s Girl, a memoir, and Retrospect, an anthology. You can find more of his writing at sawyerlovett.com.