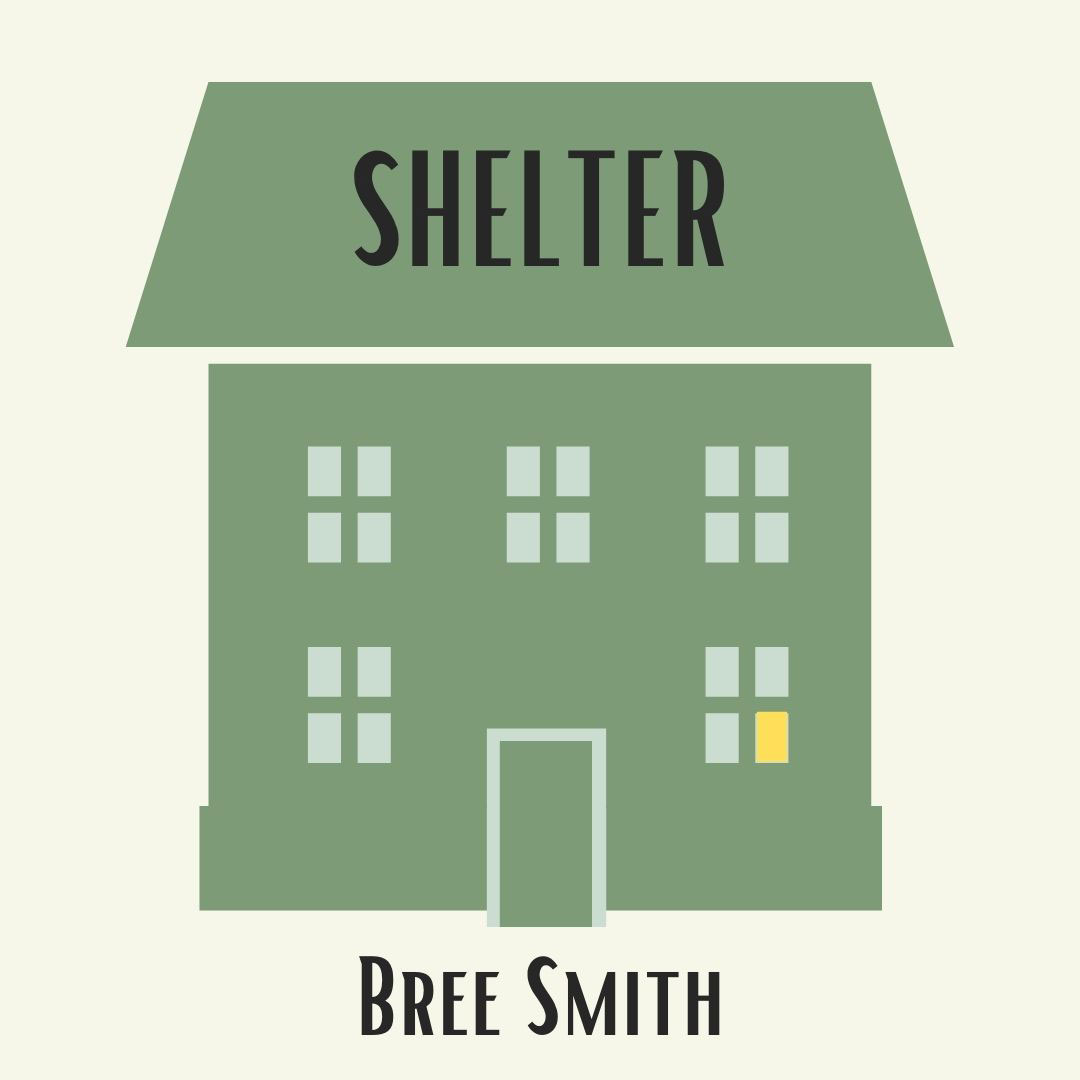 First, the wound has to clot.

In the hemostasis phase, blood vessels constrict to stop blood flow. Platelets fuse together to form a seal. Coagulation binds the wound on a molecular level. If a wound doesn’t clot, it bleeds out. After thirteen years as the director of a women’s shelter, I know: the ones who don’t clot are the no-chance girls. These are the girls with loose teeth and rib bones poking through their tank tops. These are the ones who don’t make it past their stepfathers. The ones who are always found a few minutes too late.

Krysta’s wounds were raw. At 15, her mother started pushing her to get pregnant. Babies mean child support checks. 24-year-old Krysta had two elementary school-aged children and a baby by her last landlord. When I did my nightly checks at the shelter, she stuck two spoons in a gallon of ice cream and advised me to invest in sexier pajamas. During the day, we sat at my desk planning imaginary weddings on TheKnot.com. I helped get her son into a special school for children with behavioral needs. We had conversations about why it’s not okay for her 6-year-old daughter to sit on Krysta’s boyfriends’ laps. Eventually, she ran off with a guy because the shelter wouldn’t let her stay out overnight. Last year, I saw her on the front steps of a housing project in a bra and cutoffs, a bottle of Wild Turkey between her knees.

Will these wounds bleed out?

Next, it has to hurt.

In the inflammatory phase, blood vessels secrete water, salt and protein. The wound swells. Bacteria and damaged cells are flushed out. White blood cells rush to the area. The wound turns red. Pain is initiated. These are the girls banging on the shelter door. Grit teeth, wet eyes. Enraged. How much pain can one body take? The black eyes? The broken lips? The miscarriages? Watch them walking their kids to K-4. Watch them bagging fast food at the drive-thru. They’re sleeping on their ex-boyfriend’s couch. They’re washing up in the bathroom at the 7-Eleven. Much easier, you know, to lie back and close their eyes. A needle, a bottle, no condom. A bathtub and somebody’s old Lady Bic.

Pain made Nina walking chaos. She screamed her texts to her ex-husband out loud. She threw dishes away instead of washing them. She got fired for pushing a coworker. Nina sat for hours in the shelter office reeking of menthol, waving her cracked knuckles, telling stories of her childhood. When she was ten, her dad stuck a joint in her hand and told her to shut up and watch cartoons. When she was seventeen, her brother choked her against the living room wall until she blacked out. When she was twenty-two, her husband told her he had gotten another woman pregnant. To this, Nina’s pastor said she should love God first, her husband second, and her kids third. Nina is nowhere on this list of people to love.

“Is he right?” she asked me outside her room one night.

She had tears in her eyes. I hugged her and swallowed mine.

When will the pain stop?

After that, the wound has to be rebuilt.

In the proliferative phase, new tissue grows. A new network of blood vessels forms. Myofibroblasts cause the wound to contract, oxygenating the cells. Epithelial cells reface the surface. It takes time, but some women get here. They keep a job, save some paychecks. Their kids make coloring pages for the fridge. These women have stopped listening for footsteps outside the door in the early hours of the morning. No one calls them a stupid dirty bitch for burning dinner. If you drive by the shelter, you can see them pushing their kids on the swing set in the backyard. From my office window, I sometimes see them lying in the grass under the sun, eyes closed.

Salma had to start over. Wrapped in a hijab, eyes lowered, she said: “I must make a confession. I am not legal.” She told us about her life in Morocco. She showed us how her mother lined her eyes with kohl. She told us how her grandmother taught her to cook. Salma made couscous for everyone in the shelter and when we said shoukran, tears streamed down her cheeks. She had two daughters who loved watching old He-Man cartoons. Jumping up and down in footie pajamas, they wanted me to stay in their room and watch with them. Salma had escaped with them from a forced marriage, risking their lives, leaving everything behind. She had friends and a fiancé in the local Muslim community, but her wounds were still healing.

One day, she stopped me in the hall outside the office. “I must make a request of you,” she said.

“When my fiancé comes, will you please hide your hair?”

“We are all sisters here.” She took my hands in hers. “We must protect each other.”

Each week, her fiancé brought groceries up to the porch. He drove her daughters to school. He took them all to the movies. When they got married, Salma planted marigolds in the window boxes of her new apartment. She bought a tea set that reminded her of home. When they came back to visit the shelter, her older daughter waved her mathletes trophy at me, shrieking.

In the remodeling stage, the injured area is fully repaired. Damaged cells and scar tissue are removed through the process of apoptosis. Collagen fibers absorb water forming cross-linked bonds. This strengthens the new skin, makes it flexible. These women strain like baby birds from the nest. They look beyond the backyard of the shelter. They have savings accounts, job certifications. They ask, “Does the shelter have an iron?” so they can iron their pants before they go to work. Pull up a lawn chair and you’ll see them with the other moms at school soccer games. When they move out, these women pack their boxes with care. For them, there are no more trash bags, no more middle-of-the-night escapes. They’re going to a home of their own.

When I met Jasmine, she was like a rose about to bloom. She came to the shelter with her one-year-old daughter, shy and barely bilingual. Her ex-boyfriend had threatened her with a knife when she was eight months pregnant. When he was admitted to a psychiatric ward, she was left homeless. After her daughter’s birth, Jasmine often thought of suicide.

“Is she better off without me?” Jasmine asked.

“No one is better off without you,” I said.

Bad in school, unable to articulate her thoughts, everyone called her “slow.” But Jasmine was determined to earn her high school diploma. She had plans, ideas. She wanted to become a Certified Nursing Assistant. She wanted to design jewelry. She wanted to start her own childcare business. I bit my tongue, not wanting to get her hopes up. Together, we pored over the pages of her GED practice book until they were wrinkled with tears. I found a counselor for her; I helped her file for child support. We filled out job applications until 2 a.m. Jasmine’s sister in Puerto Rico told her she was too stupid to work anywhere but a warehouse. But Jasmine passed the GED test. She became an assistant at a daycare, moved into an apartment of her own. Her daughter says she wants to be a teacher when she grows up.

Once we’re healed, can we finally be new? 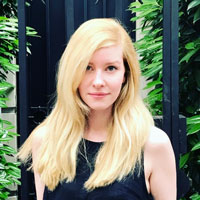 Bree Smith is a women’s homeless shelter director and emerging writer. She holds a master’s degree in Psychology with a specialization in Childhood and Adolescence. She is currently working on dual master’s certificates in Neuroscience and Creative Writing at the University of Pennsylvania. “Shelter” is her first creative nonfiction publication.