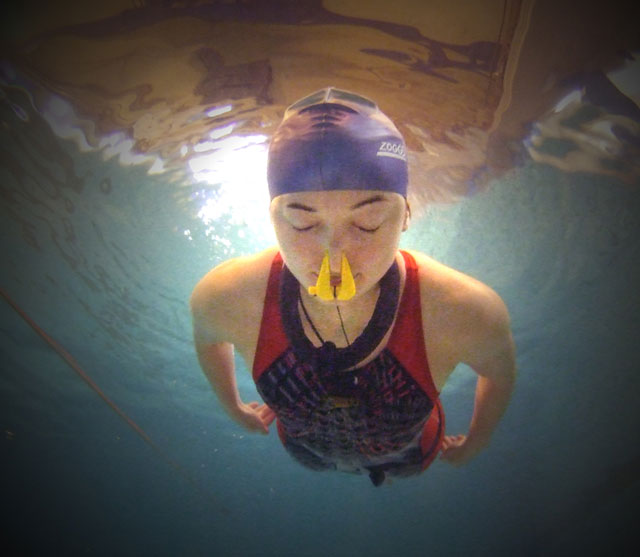 SAY IT AGAIN, BUT BETTER:
Resistance and Revision
by Devi S. Laskar

Writers get writers’ block. Happens to everyone at one point or another. It happens to some writers every solstice, every month, every fortnight. I struggle every day.

Thanks to a recommendation from an old friend, I’ve been reading Steven Pressfield’s really great book, The War of Art, which talks about resistance and how we as writers get sucked in to the war of Doing Anything But the Writing That is Most Important to Us.

Resistance, as Pressfield calls it, comes in many forms, including but not limited to: fear, self-doubt, self-dramatization, victimhood, isolation and general unhappiness.

Today instead of writing, I watched Bugs Bunny cartoons and Marvin the Martian came on to say “Resistance is futile!” And for a cartoon character hell-bent on destroying the planet to get a better view of the moon, he’s right. Resistance is a waste of time and energy.

My middle school child studying for her vocabulary quiz is right, too, when she said: “Stop watching TV and go do your work. You’re cranky.”

A portion of my seventh grader’s vocabulary list. Take five of these words and incorporate them into whatever form you’re tackling today – poetry or prose, fiction or non-fiction. Take on the challenge of doing a writer’s work. A little bit, every day.

Set the timer on your cell phone or your microwave, and give yourself permission to write just one sentence. That’s how you’ll overcome the art of self-sabotage or procrastination.

First, though, we have to admit that we, as writers, sometimes want the aura of being a “writer” without any of the suffering that the title entails, all the hard work and self-doubt and isolation of being a writer.

In The War of Art, author Pressfield discusses the process of doing one’s work every day, and little by little, following a routine, achieving success that the discipline of writing every day brings.

My own take on this is the “to-do” list: a prioritized list of things I need to finish in the order I should finish them in order to finish my novel, circa.

As a mother of three, I have tons of to-do lists, and I even have a giant Post-It (it covers the side of the fridge) that lists the schedule of day’s events and all of the “big picture” items that need to be done to keep everyone on track. The writing scrawled on the wall is in red ink and there is great satisfaction when something gets crossed off. The reward though is not always enough to overcome the initial resistance.

To combat the resistance, I’ve started a “skinny list:” a 4×6 sized sheet of neon green paper that I can transport anywhere I write. I utilize some of the finer points (from the big on my skinny list), writing down specific scenes and points that are important to me, what I need to include in the novel. I have no more than ten items on the list at each time. This way I can cross off scenes and plot points as they are completed and then add new scenes – and new sheets of sticky-backed sheets.

Make a commitment to a writing buddy or even a non-writing buddy, state a goal publically on social media – and then commit to just that first sentence every day. This commitment doesn’t stop either, when the first draft is done, and you’re hitting the beaches of revision.

Revision. It’s not exactly the same as writing.
Writing is hard, and writing consistently every day is harder.

But being steeped in revision is different than writing every day. You have to be a certain sort of artist to revise, one that’s willing to set yourself adrift in a sea of electric uncertainty. Electric because you have to be willing to let go of favorite words and phrases, sometimes your favorite scenes, sometimes you favorite character that you have created. And that creates a shock — to be that ruthless, that takes courage, and that’s what this art of revision is about, the art of being completely honest with yourself. It’s a shock to be that honest. If you are resisting cutting that “little darling” as Faulkner called it, then what you’re really saying to yourself is: “I really love this extremely clever character, or this funny scene, this small individual thing, more than I love the big picture, the whole of the arc, the book as a whole.” Uncertainty comes into play because you as the writer are unsure once you let go of the thing you like. Then you’re in the position of not knowing whether the thing you come up with to replace what you’ve deleted will be any good.

Until you admit you have a problem, you will be unable to fix it.

I started out as a poet. I wrote poems for years before I wrote anything longer than a page—I appreciate the clever turn of phrase and the startling image or metaphor. Unlike my prose writing, I rarely revised a poem. I kind of cut and sewed as I went along and I didn’t think about it afterward.

Recently I wrote a poem that I showed to a friend, who had the temerity to tell me it wasn’t a great poem. In fact, he had the nerve to tell me it needed work, that it wasn’t good enough. I was hopping mad for a while. A long while. Then I stopped muttering aloud long enough to consider what he was saying: that I had a good idea, that I had written down a “good start” and that I needed to work on the rougher spots on the poem. I just had to give it my complete attention and revise it.

I have done so, much to my own chagrin. I hate to say it, but that poem got stronger with revision, and has just been accepted for publication.

I’m working on other poems, two that I’ve been tinkering with for what I think is forever, but it’s really been just a couple of days: I’m hoping with consistent practice, I can weed out the bad from the good and get it ready to be sent out into the world, a new bird testing its wings, to see if it can fly.

Just as a swimmer pushes against the wall before the start of a lap, resistance can be used as a means to finish a writing project. If you know you’re going to struggle with procrastination, then arm yourself with tools – a timer, a favorite spot in a café, a consistent time of day – and quiet the voice in your head that is yelling “you can’t do it,” or “you’ll never finish” or the worst, “No one who reads it will like it.” All successful writers have one thing in common: each overcame resistance through his or her own personalized form of discipline and finished a project, front to back.

Devi S. Laskar is a native of Chapel Hill, N.C. She holds a B.A. in journalism and English from the UNC Chapel Hill; an M.A. in South Asian Studies from the University of Illinois at Urbana-Champaign; and an M.F.A. in writing from Columbia University. Her poems have appeared, among others, in The Atlanta Review, The Squaw Valley Review, Pratichi, The Tule Review and The North American Review, where her poems were finalists for the James Hearst Prize in 2011 and 2009. She is the former Blog Editor of Book Writing World. She lives in California with her family.