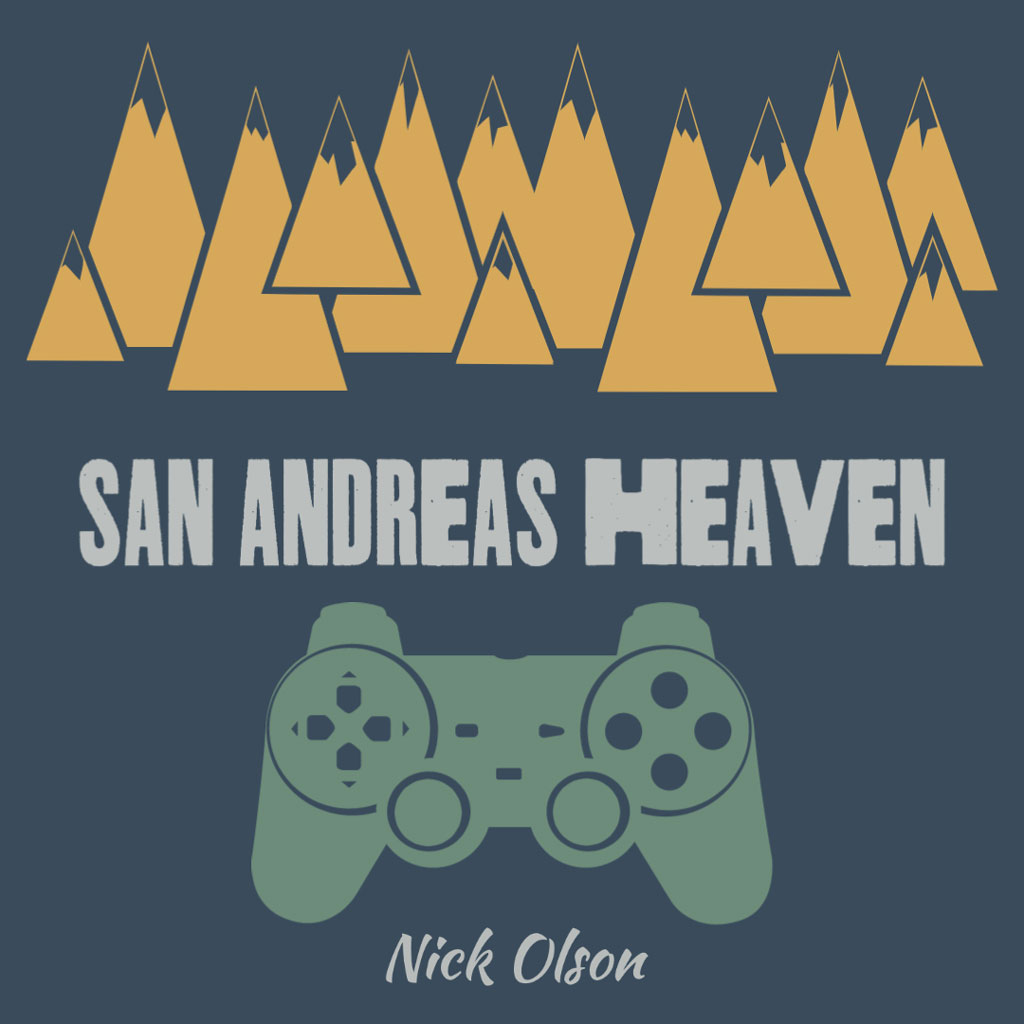 I remember back in the day Nick used to try to get to Heaven. Heaven was a glitched-out place in San Andreas where nothing made sense or seemed quite real, and Nick would come home most days, boot up the PS2, and try again to get into it. There was a specific building in San Andreas where, if you went inside and used a cheat code to spawn a jetpack, you could fly through a certain part of the ceiling that didn’t have proper clipping. There was just one spot where you could fly through, a place that the developers had overlooked. Normally, this wouldn’t be a problem. This wasn’t something you were ever supposed to be able to come across just walking and jumping around. But if you knew what to look for and you did everything in just the right way, you could lift off and go through the ceiling. Fly right above the interior. From up there, I remember it looked like you had ripped the roof off a dollhouse and were looking down at its insides. And everywhere around the interior, where the outside world should’ve been, there was nothing but blank gray. Gray as far as you could see, in every direction. The way the game worked was that in order to save resources, only the exterior world or the interior world would ever be loaded at any given time, depending on what the character chose. The developers never intended for the player to see beyond the place that had been loaded for them, but Nick had found a way to clip through.

I remember every day he’d go straight back into that building and continue where he left off. You couldn’t save in Heaven, so he’d have to just repeat the glitch every time. There were no waypoints, no markers, so Nick would fly through gray nothing for what seemed like forever before coming across a new interior, some place he had never seen before. He’d go there and take mental notes of everything he saw, then fly back up through where the ceiling should’ve been and look for another place: a space explorer trying to chart new worlds. He’d find interiors you’d only see in passing in random cutscenes, abandoned test areas, and places you wouldn’t find anywhere else in the game. Many of these places were unfinished, so he’d land there and find himself able to walk through the walls, glide through props. It was like he was there but not at the same time.

The wild thing is, he committed so much of that to memory. There was no real way to map all that out. Once you were in the air, there were no landmarks to guide you, nothing but gray everywhere. If you checked your map in-game, it said that you were still at the building you’d originally entered. It was like you had never left. Like you were stuck, even though you weren’t.

I didn’t play San Andreas for years after Nick died. For a while, I just couldn’t. Then, when I wanted to, I couldn’t get it to work. The audio/video wires were old and frayed, and the electrical tape was coming apart, and it was years back, when I was still little, that Nick had spliced in old wires from a stereo system that no one was using anymore to replace the ones that had gone bad. He could’ve just gotten new wires, and I guess I can now too, but I remember how he cut and stripped them down, rubber to copper, demonstrating how you had to twist the proper wires together, like for like, but the two pairs you twisted together could never touch each other. They’d be taped down or pushed in opposite directions. They could be parallel, but they could never make contact again.

I think of checking eBay for a fresh set or searching how to properly splice wires, but I want to see if my memory is still enough. As they come untwisted, gangly and with their individual strands pointing in every possible direction, I have to remind myself that sights and sounds are transmitted through these things. Memories are. I cut a little further into the wires, past the unruly strands to get at the fresh portions, untouched. I cut too much off, if I’m being honest, but it’s just enough to get the two pairs connected again, pushed down onto either side, not touching, and I don’t have electrical tape to make it official, but that’ll be enough. It should hold.

I boot up the old PS2. It’s too early, and the sun is on the screen so I can barely make anything out, but I can hear that familiar old boot-up sound. And when the game cycles through, and I find that Nick’s old save file still works, and I track down that old handwritten jetpack cheat tucked away inside the game manual, I go back to that corner, from memory, and I fly straight up. Away and past it all. 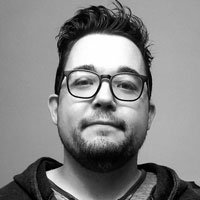 Nick Olson is an author and editor from Chicagoland now living in North Carolina. He was a finalist for Glimmer Train’s Very Short Fiction Award, and he’s been published in SmokeLong Quarterly, Hobart, decomP, and other fine places. When he’s not writing his own work, he’s sharing the wonderful work of others over at (mac)ro(mic). His debut novel, Here’s Waldo, is available now. Find him online at nickolsonbooks.com or on Twitter @nickolsonbooks.