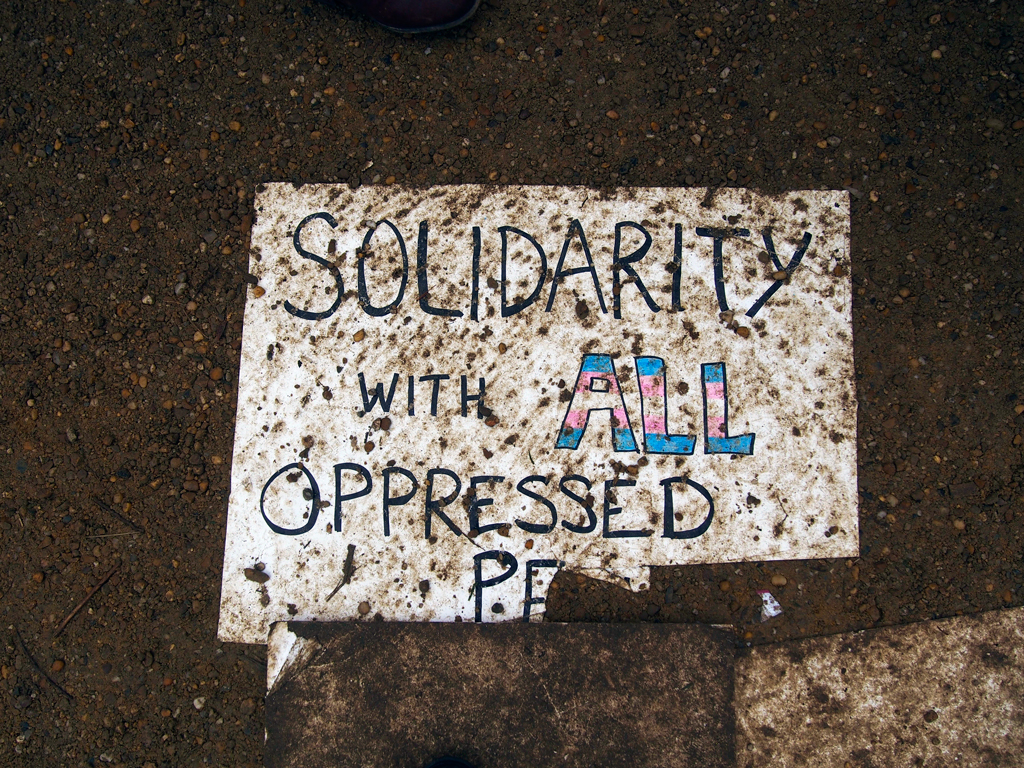 PHOTOGRAPHY FOR SOCIAL JUSTICE:
Portrait of the Artist as a Young Activist
by Lena Popkin
Featured on Life As Activism

On Election Day, I went with my dad to the polling place, although I myself could not vote. The best I could do was push the button for Hillary. At the front of the line stood an elderly Vietnamese-American woman with a ballot in her hand. Although her English was limited, she tried to get information and assistance from the poll workers. My dad and I, as well as the rest of the voters in line, watched her many attempts to communicate with poll workers, the people whose job it was to help her. At one point, the male volunteer  with whom she had been speaking raised his voice the way Americans often do with non-native English speakers, as if that would help her understand. Unsure what, if anything, we could do, I asked, mostly speculatively, if she had the right to a translator. One of the election judges overheard me and answered, “I think that would be a waste of time, honey.” In that same moment, the male volunteer forced the woman to decide for herself, “button one or two!” Literally silenced, and helpless, the woman went inside the booth.

The day after the election, I went to school wearing no makeup—something I rarely do—and mourned in the company of my friends: a group of universally liberal, diverse, urban public high school students. Like the elderly lady at the polls, I now felt silenced and also—to an extent—violated. Only, in this case, my oppressor was the newly elected POTUS, Donald J Trump: sexual predator.

In near quiet, during class, my friends and I scrolled through Twitter, the silence broken only by someone sniffling or choking back tears. Teachers who tried to resume regularly scheduled classes were met with loud objections, and more tears.

A few days later, a friend showed me a Facebook event page advertising a candlelight vigil to be held in honor of women’s rights. She suggested we attend. I readily agreed, eager for an opportunity to be in the company of others who also longed for organized action. After school we bought paint and poster board, which we cut into two foot squares, and made signs that attempted to express our rising angst and frustration. On our way out the door and into the streets, I instinctively grabbed my camera.

The plaza at Philadelphia’s City Hall was jammed with people, many in their twenties. They touted signs scrawled with sharpie and held small candles with delicate flames. My friend and I joined the protest hesitantly at first, not sure how loudly we were supposed to yell, if at all. But, the longer we spent in the crowd, the more comfortable we became. We could no longer hear ourselves individually, but rather could feel the collective voice of the thousands of people marching together. Chants of “Not my President” and “Whose streets? Our streets,” flowed with mournful but angry intensity. Our voices echoed clearly against the downtown skyscrapers. 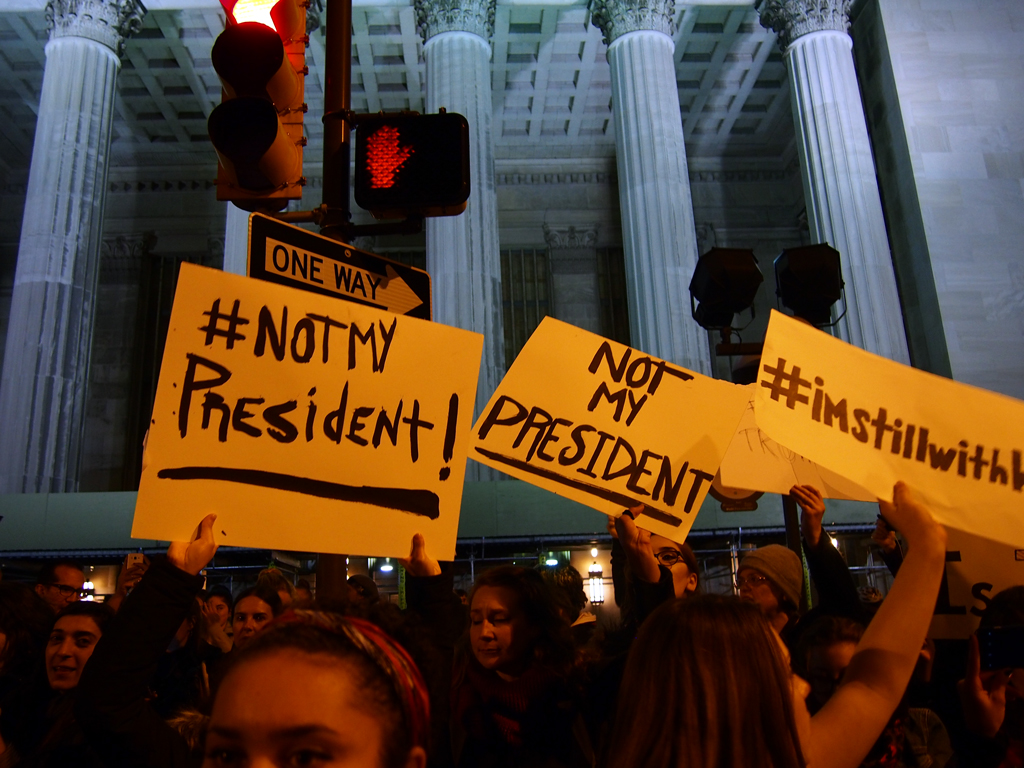 Camera in hand, I was drawn instantly to the signs: the handmade and the printed, the generic slogans, the personal reflections. Also to the quotes, the song lyrics, and the precisely executed drawings. Amid the commotion and in between captured moments, I realized that the camera isolated me from the rest of the protestors. It marked me as someone for whom they should pose. As a photographer, I became both activist and observer. The distance I gained from the lens allowed me to stand back and process the emotions of the protest, almost from an outside point of view, while still feeling completely immersed in the activeness of protesting.

When I got home that night, I plugged my camera into my laptop and discovered that the images I had shot—without any clear intention—had captured the heartbreaking intensity of the crowd. My photos—reminiscent of the images of the 1963 March on Washington that I had recently studied—made me feel as though I had done something valuable in documenting the first breaths of resistance, and as if they might give me a voice. After posting the photographs on social media, I was surprised to discover that they served as balm for many now politically-disillusioned viewers. They felt reassured that young people, in particular, would fight back.

Protests became a necessary part of life for myself, as well as other Philadelphians after the vigil for Women’s rights. Haphazard gatherings organized by groups like the Philly Socialist Alternative, Philly We Rise, and ResistTrump! began popping up more frequently around the city. Marches followed various routes, ending mostly in front of Independence Hall, the birthplace of our democracy; a place that felt symbolically and literally threatened by the incoming administration. These intermittent protests, held weeks before the inauguration, gave people something to do in a moment when no one knew quite what to do with themselves. It was real action as opposed to posted aggression: shared, liked, and tagged on Facebook or Twitter. 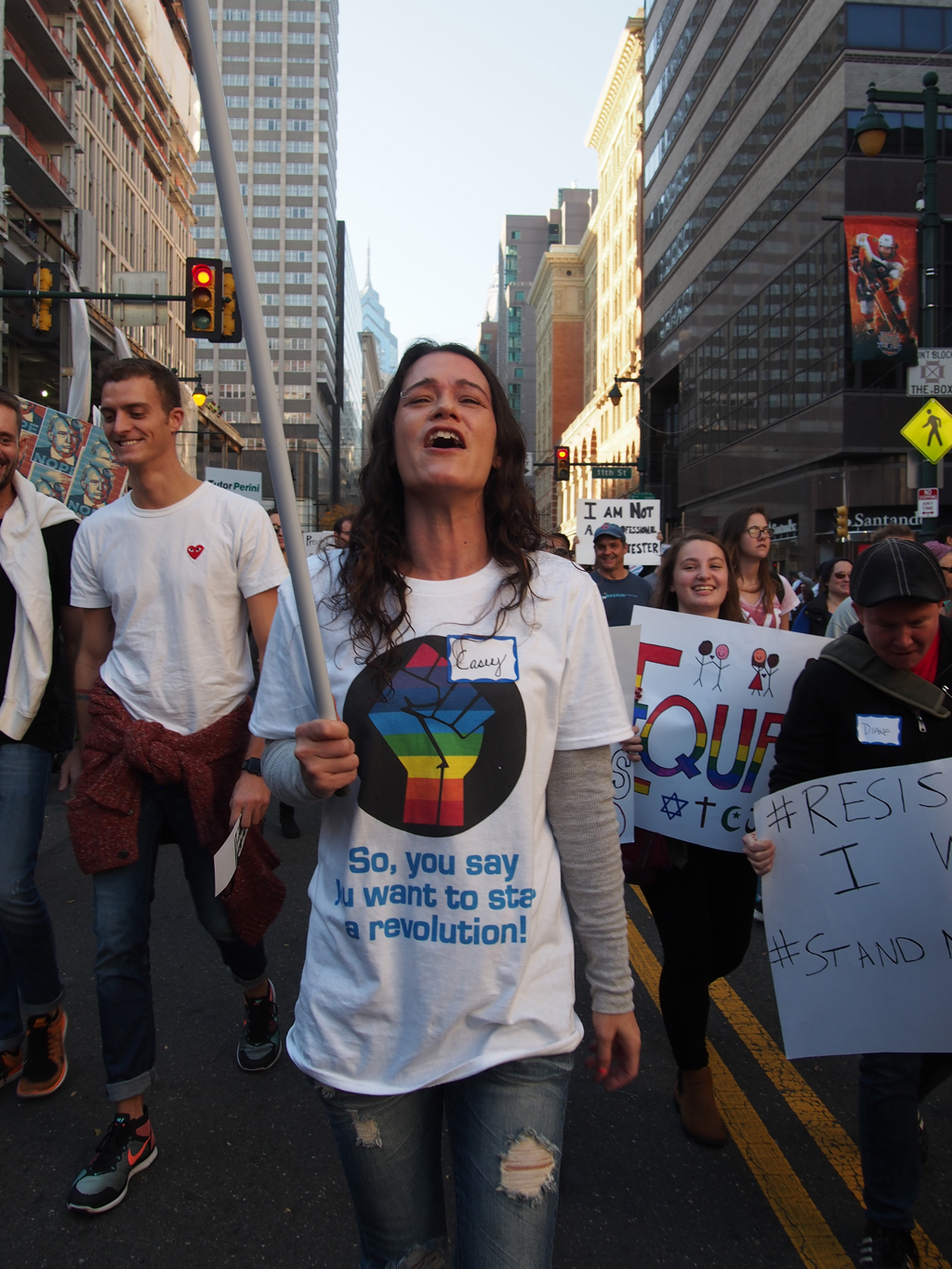 During this period, I began an academic research project on the 1920s fine art photographer Tina Modotti, whose earthy, honest, still life and portrait compositions gained her status among Mexican modernists such as Frida Kahlo and Diego Rivera. As a young woman in her early twenties, Modotti took a chance and went to Mexico with photographer Edward Weston to join in and document the Mexican revolution. She applied her skills as a photographer for a the Communist newspaper, El Machete. Modotti put art at the service of social justice, using the classical composition skills she had learned from Weston to create compelling images of Mexican injustice. Studying her decision to pursue these inherently social subjects fueled my desire to grow as a photographer and to elevate my images into works of activism. The more I learned about the past of revolutionary photography, the more I felt myself wanting to contribute to its present and future. 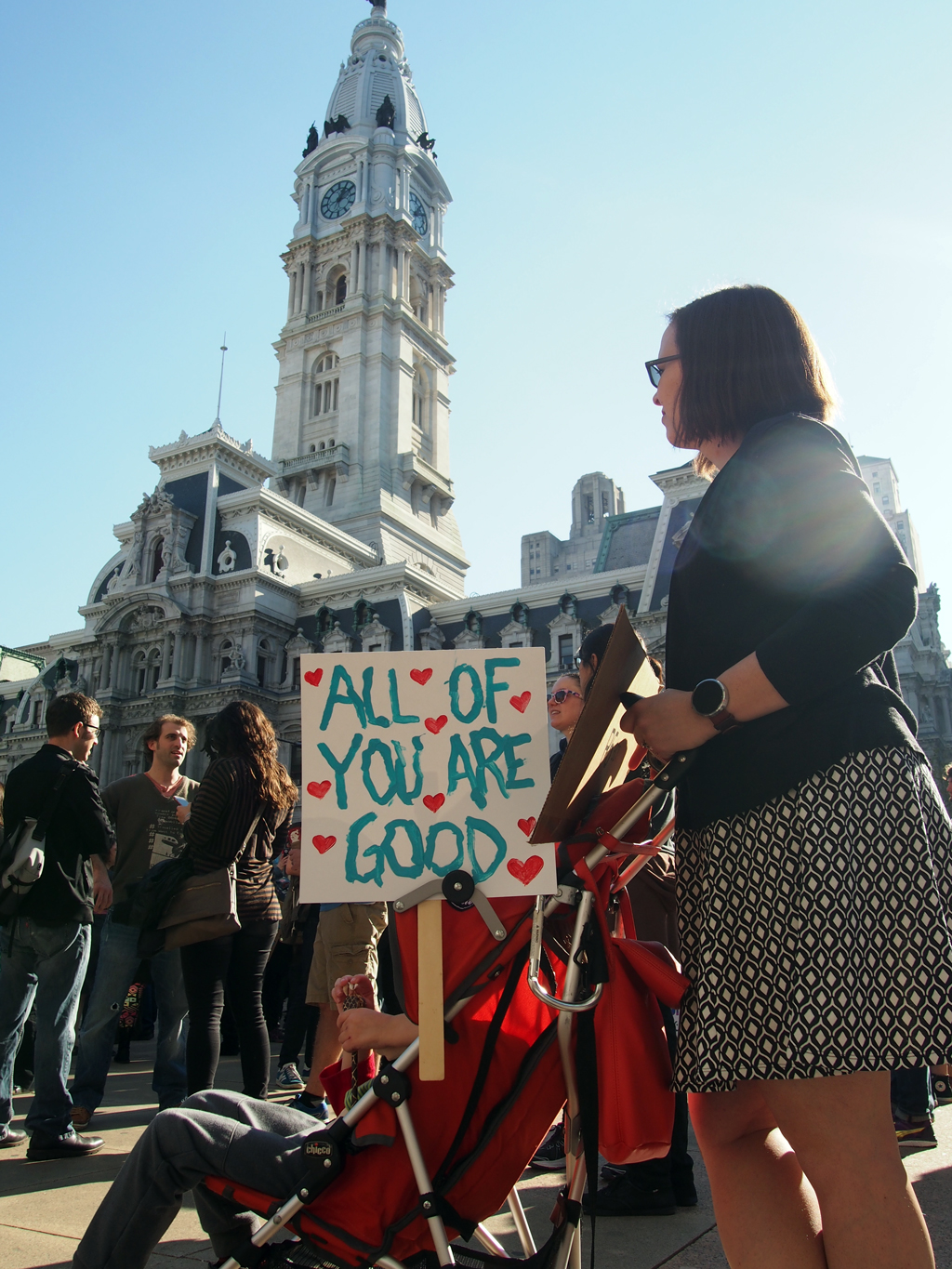 Despite my active participation in the local protest movement, at school, I found that I had trouble defending myself to those questioning my motivations, especially leading up to the Women’s March on Washington.

Their questions and comments were varied but all ended with the same conclusion: my efforts were a waste of time.

“What are you even protesting anyway?”

“What’s the point? It’s not gonna change anything”

“That’s such a waste of your time.”

“You’re angry for no reason, he hasn’t even done anything yet!”

These questions were on my mind when I boarded a train bound for Washington, D.C. at four am on January 21st, 2017. Now an experienced protestor—at least I felt experienced—I knew the etiquette, the signs, the chants. I knew to bring water and an extra camera battery and a phone charger, as well as to put the ACLU know your rights pamphlet in my back pocket. The Women’s March on Washington, so different from the first protest I had been to over two months prior in Philadelphia, seemed to provide me with some of the answers to these questions. 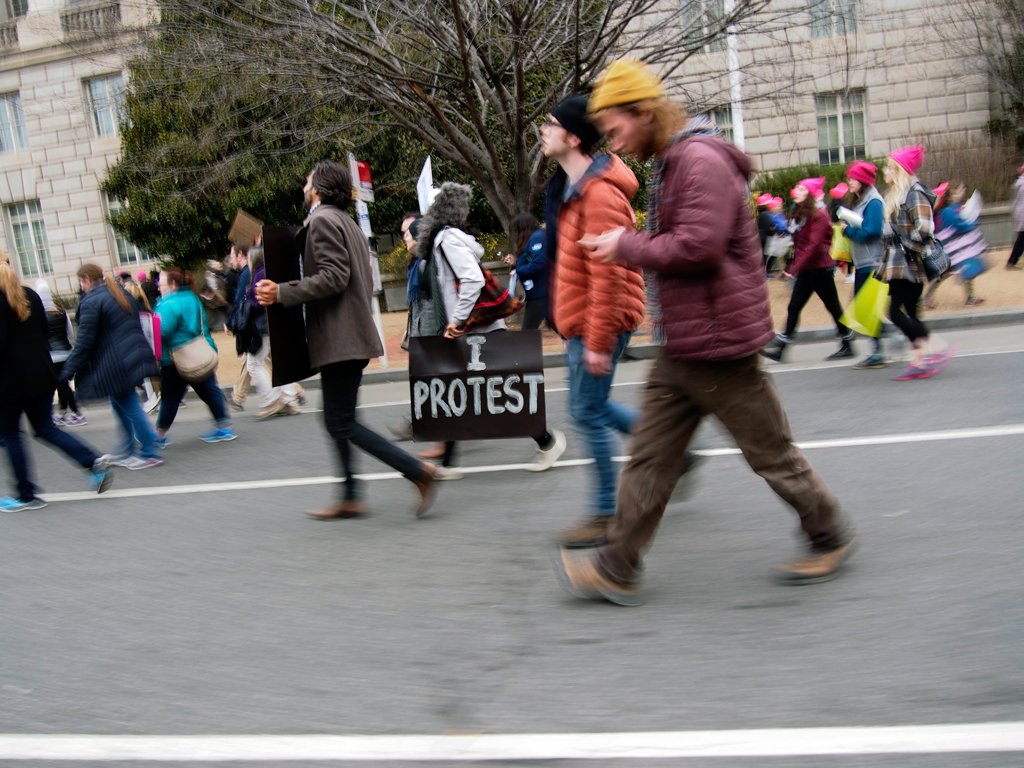 When we arrived, just after seven, the sky was gray, threatening rain and hovering between comfortable and cold. Washington swarmed with women in pink knit hats and handmade signs. The slogans on the signs varied, reading things like:

“Dear Trump Supporter, you lost too, it just hasn’t hit you yet”

I observed how far the signs had come since November. While the first signs at the initial vigil had mostly to do with sexual assault and outrage at the election (e.g. “Not my President,” “Pussies Grab Back, Mr. President,” etc…), the signs at the Women’s March on Washington were often humorous, specific, and full of anger (e.g. “There are more people here today than there were yesterday. Just sayin’,” “Tampons against Douchebags,” and “Not Mein Fuhrer”). The specific slogans seemed to have universal resonance.

My shutter clicked as I tried to capture the magnitude of the event while continuing to focus on participants. There were families, individuals, hipsters, moms, babies, students, and senior citizens: people from all walks of life and backgrounds. It was difficult to capture everyone and everything. Some marchers gave me weird looks or posed in a way that was too obvious to create a natural photograph. Many were moving too quickly, or not moving at all. The overcast sky had a tendency to appear either too bright or too dark. Nevertheless, I continued framing photographs all day, running through a battery and a half, and almost filling my memory card. Despite the dense  crowd, I found myself turning to capture the people behind me; squatting to feel the overwhelming presence of the signs held proudly in the air; climbing onto unstable guardrails and into tree planters; and, holding my camera as high above my head, so that I might see where the marchers stopped. There was no visible end to the marchers: only a river of loud, determined, heartbroken pink hats and defiant signs. I felt as though I had an obligation to continue to documenting the moment. 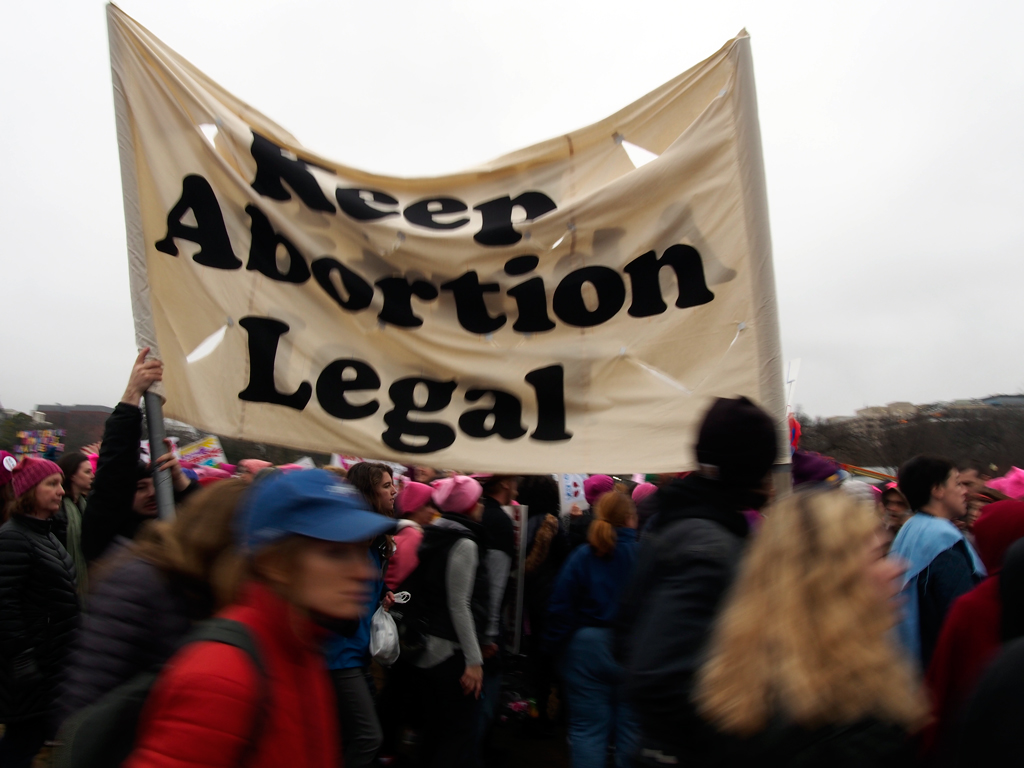 But, I disagree. To me, politics and art are inseparable. As a photographer, I have found a place in which one does not exist without the other. As I continue documenting these protests, my hopes are that I capture each individual’s sense of presence and humanity in a time that has become difficult to feel heard and valued. I also hope to reflect the impact of voices raised out of both fury and need for action. As I chant and sing and march, I am a protestor, I am an activist, and I am angry. As I shoot my camera at the stream of people marching by. As I eagerly snap photos of women and men emanating emotion, I am an artist. 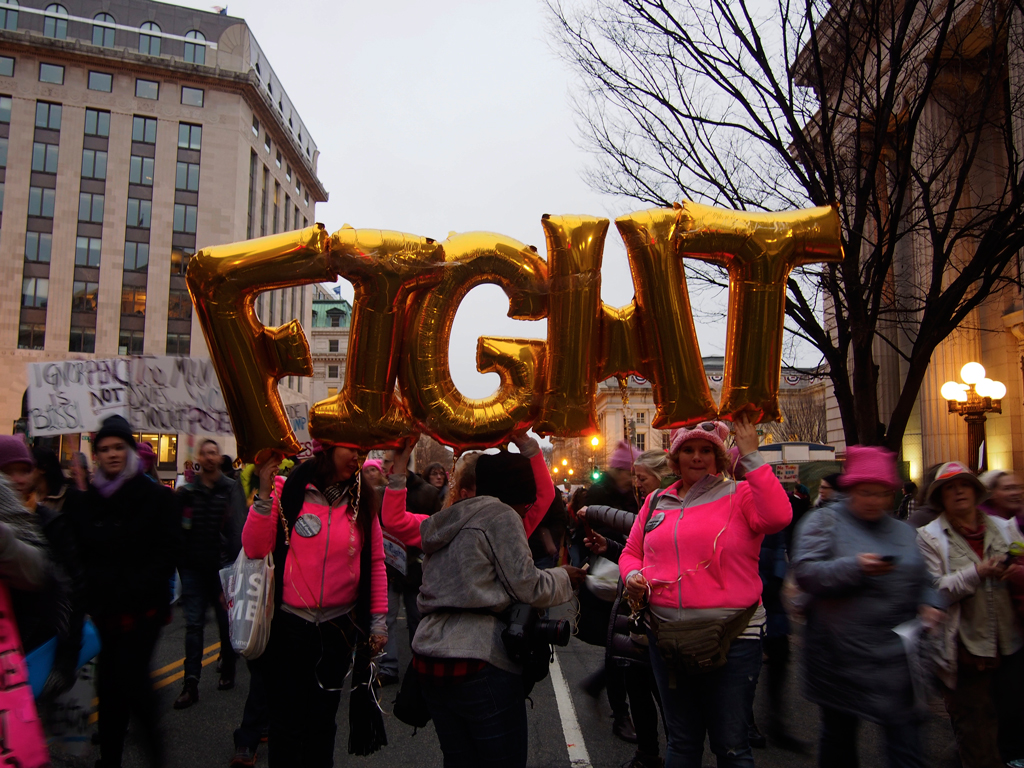 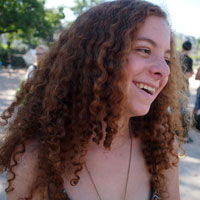 Lena Popkin is a junior at Philadelphia’s Central High School. She is a news editor of the Centralizer newspaper and a Cleaver Emerging Artist. Her poem “Pinto Los Flores Para Que No Mueren” appears in Issue No. 10 and her photographs appear in “The Body Politic”, an essay by Nathaniel Popkin featured on Life As Activism on November 22, 2016.