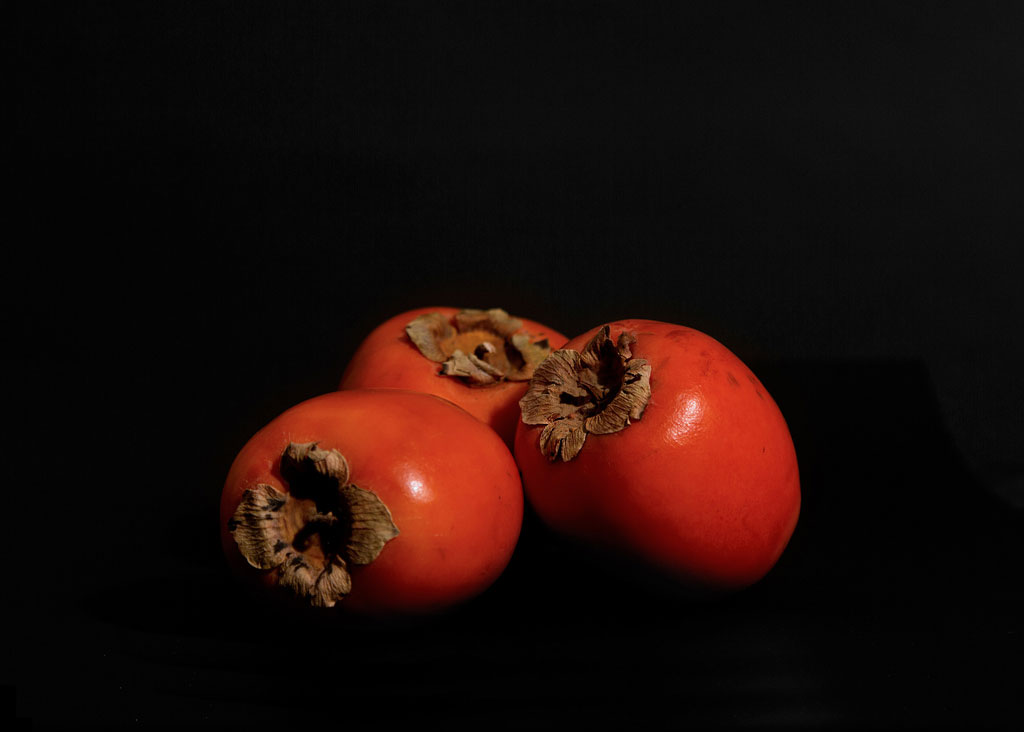 If she begged her mom, Heather got to spend weekends at her grandma Maxine’s house. Maxine would be sitting in the living room, looking out the front window when she was dropped off. Her mother never came inside. They’d wave at each other through the windows. This was during the oil crisis; her mother told her that shutting off her car and going inside would just waste gas.

Maxine left the back door open for Heather so she could stay in her chair. Heather would drop her bag off on the kitchen table and ask where Grandpa Eugene was. She would tell Heather that he was probably piddling around in the workshop.

Maxine had a persimmon tree in her backyard. She’d harvest them as soon as they were fully grown. Said they’d get too dry if they ripened on the tree. Maxine once asked Heather to help her make a few dozen persimmon cookies to take on their deliveries for the senior center. She showed Heather how to pull the caps off the persimmons and spoon them out of their skin and pulp the seeds out.

“Get in there,” Maxine told her, sticking her hands into the strainer with her granddaughter’s. “Really squish them. That’s it. Get a lot of that pulp.”

Dark orange slid up between Heather’s fingers. The mixture in the strainer made a squelching noise when she pulled her hands up. She gagged. Maxine laughed.

That Thanksgiving, Heather locked herself in her grandma’s bathroom. Eugene was in the middle of renovating the basement. He’d finished the bathroom first. Put up the wall and the door to hide all the plumbing and wires. Heather went down to pretend she was a ghost and walk through the spaces in the unfinished walls.

She finished using the restroom, and the doorknob came off in her hands. She put it on the ground and sat in the shower until they started looking for her. Her mother called through the vent and told her to open the door.

Heather’s mother told her to stay calm. She said that she was calm. Her younger sister Amy asked why she’d locked herself in there.

After a few minutes, she heard a whirring noise on the other side. The bathroom door started shaking. The sound stopped, and the door fell off the hinges. The knob cracked the doorframe when the door came off. Heather’s father came in and carried her out. Eugene was kneeling by the door with his toolbox and Maxine over him.

“Why’d you have to go and take off the whole door?” Maxine asked. “Why not just the doorknob?”

Eugene said he’d been thinking about changing the wood anyway.

Maxine scraped the persimmon pulp from the underside of the colander into the bowl. She put lard and shortening in with the pulp and started mixing.

“How much sugar you want?” she asked.

“How much you put in sweet tea?”

“Great,” Maxine said. She dumped in a few handfuls of sugar and gave her the bowl. “You stir that. I’m going to mix the flour and baking soda.”

Maxine didn’t use measuring cups. She grabbed ingredients from big ceramic containers and wiped her hands on her apron in between. It left the same handprint each time. When she washed the apron, there were two faded spots on the front.

Maxine made home deliveries for the Vincennes Senior Citizen Center. Sometimes she brought Heather with her. They’d load up the Volkswagen with Styrofoam containers filled with mashed potatoes and chicken and noodles and coleslaw. Heather got to be the delivery girl. She’d ring the doorbell and wait on the front stoop. Most people hollered a “Hallo!” at Maxine from their door, but Rodney would come out to talk for a while. He’d give Heather a bag of candy orange slices coated in sugar every week.

“I got an extra big bag this week, Heather-feather. Tell your mom those are real oranges,” Rodney said. He traded her the cellophane bag for his grocery sacks of meals. “I’m not going to be needing these anymore.”

“You going to start cooking your own food?” Maxine asked.

“I suppose I oughta,” Rodney said. “But no, I’m heading down to Georgia. Stay with my daughter and son-in-law for a while.”

“They’re on an air force base just outside Atlanta.”

“I grew up down there,” she said. “Town called Mitchell in Glascock County.”

“Really? If we go road tripping, I’ll see if we can stop by and check it out,” he said.

“Well, they’ve got a railroad museum, but that’s about it,” she said.

“Oh. Well, you should come down and visit if you get the chance,” Rodney said. “I suppose my next stop is some retirement community in Florida.”

“Yeah,” Maxine said. “Maybe.” They looked at Heather. Heather smiled. “Listen, I need to get going before these meals cool off. I’ll see you around.”

Rodney tapped his knuckle on the passenger door and stepped back and waved them off. Heather opened her bag of candy. Maxine held a hand out.

“Lookit,” Maxine said. She spit the persimmon seed into her hand. There was a crack in the middle. She stuck her fingernail into the crack and pried the two halves apart.

“They used to use these seeds as buttons in the Civil War. But here. You see that? What does that look like?” She pointed at a white mark in the middle of the seed.

“I guess. What does that mean?”

Maxine dropped it in Heather’s palm and ran her hands under the faucet.

“If there’s a fork, it means that we’re going to have a warm winter. A spoon means you’re going to be shoveling a lot of snow, and a knife means that winter’s going to be icy.” She dried her hands off on a dish towel hanging on the oven. Maxine nodded at the persimmon tree through the window.

“That thing nearly died on me,” she said. “Never knew how sensitive they were. They were more common back in the South, but some folks bring saplings up here. I don’t know if they really belong.”

“Just had some strange weather one spring,” she said. “One time, we were on the edge of a pretty big rainstorm. You could look out the front window and the whole town had these great dark clouds hanging over them. It was pouring. That ditch out by the road filled up and the neighbor boys came out and splashed around in it. But the backyard was clear. Sun was shining. Birds were chirping. Strangest thing.”

Maxine took the bowl from her and added some flour and sugar. She slid her finger around the inside of the bowl and held it out to her.

It was thick and airy but sweet. It coated her mouth. Then it made her mouth dry, like someone had stuck a vacuum in her mouth. She coughed and felt her eyes water. Maxine slapped her on the back and started laughing.

Heather went to her sister’s wedding some years later. Amy was marrying a pilot, and they were going to settle down in an Atlanta suburb. Heather had asked for a couple extra days off and drove to Glascock County. The railroad museum was just off the highway. It was a short building with a sloping roof that hung out over the sides. She parked in the gravel lot in front. When she got to the door she saw the closed sign; it was Sunday.

On her way back, there was a doe standing at the edge of the interstate. It hesitated at the edge of the four lane. As Heather’s car got closer, it jumped backwards and twisted around midair so that its front half hung over its back before everything snapped into place and it landed in the grass and ran into a cluster of trees. Heather slowed down when she got to where the deer had been. There were always more, and at the slower speed she could almost make out the fruit hanging on the trees. 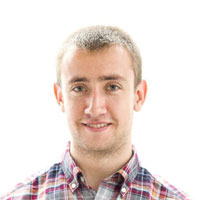 Alec Hill is a writer and student at the University of Pennsylvania majoring in English and Creative Writing. His work has appeared in the Kelly Writers House publications Symbiosis and Peregrine.