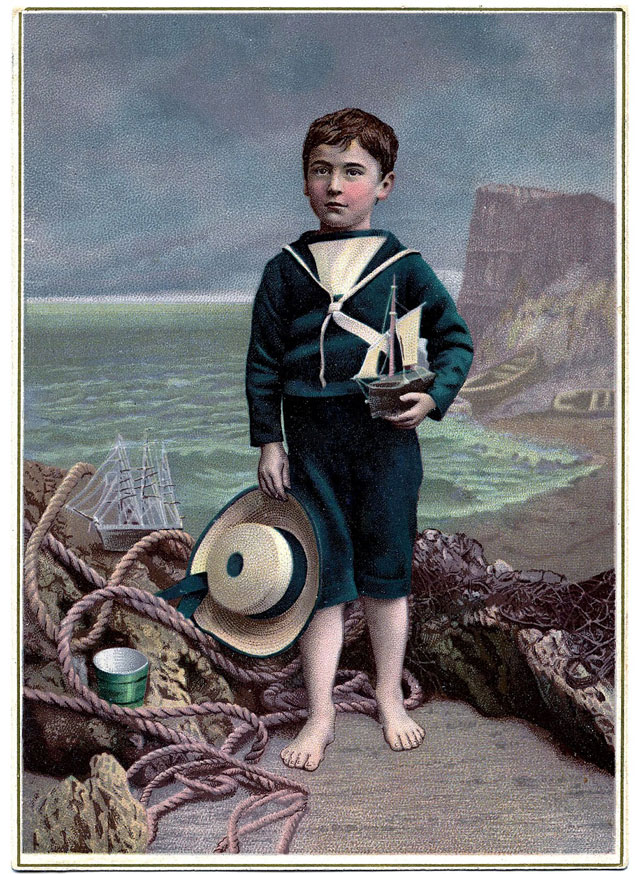 Katherine’s father wanted to get out of the city. “We can hike and star gaze,” he said. “I want to show Katherine the whales.” So, early in the morning they packed the car and locked up their townhouse. Katherine climbed into the back seat, and her mother tucked her stuffed dog into the seatbelt with her. As they started down the driveway, her father stopped the car, “Where’s that photo album? The one with Phillip?”

“In the attic with your parents’ things. You’re not going back for it?”

He returned with a large brown photo album. Katherine’s mother moved to the driver’s seat, “I’ll take the first shift,” and her father settled in the passenger seat with the album on his lap.

They headed north over roads that thinned from six lanes to four. “Goodbye, Massachusetts. Hello, New Hampshire,” they said together. Katherine’s parents talked about the cabin. Would there be cleaning supplies or should they stop in Portland and buy a mop and Lysol? Katherine’s mother sang to Simon and Garfunkel. Her father flipped through the pages of the photo album. He reminisced about Phillip—their seed-spitting contests and the time they knocked down the bees’ nest in the wood shed. He turned to Katherine to tell her about the time, when Phillip was seven and Katherine’s father five, Phillip got the ladder from the shed and the two of them climbed the red maple tree along the path to Jackson Ridge so they could peer into the nest of the barred owl. “He had no fear,” Katherine’s father said, wiping his hand across his eyes. Between stories he’d fall silent. Katherine gazed into the passing woods of jack pines and aspen and saw Phillip riding between the trees like a cowboy on the back of a whale.

Her father took over driving in Maine as the roads turned to twisty, two-lane ribbons weaving through corridors of tall trees. Her mother handed the photo album over the seat to Katherine. She flipped through the plastic-covered pages.

In one photo, Phillip stood by himself on the cabin porch wearing a black cape that hung down to the top of red rubber boots. A black mask pushed his curly hair out over his forehead and his eyes watched Katherine through almond-shaped holes. His mouth was hard and serious. In a black-gloved hand he gripped the hilt of a sword, shiny with tin foil.

As Katherine’s father got taller, Phillip disappeared from the pictures.

“I don’t know why we’re going back to the cabin,” Katherine’s mother said, after Katherine had closed her eyes and rested her head on her stuffed dog. “He wasn’t much older than Katherine when it happened. It’ll just scare her.”

But Katherine wasn’t afraid. She had the idea that Phillip remained, stopped in time, in the cabin high up in the Maine woods, and she yearned to see him.

They pulled the car up the short gravel drive and climbed out, taking deep breaths of sharp mountain air. Afternoon sun blinked through the leaves of the cherry tree by the front porch. Her father picked some of the red fruit and handed one to Katherine. She was not surprised to see Phillip sitting on the top step, spitting cherry pits toward the pine martin box. He had vanished by the time they brought up the suitcases. Katherine’s father stopped to test the porch railing and examine a small hole in the floor boards. Then he opened the creaky screen and unlocked the front door.

Katherine helped carry groceries and bedding from the car. She watched for Phillip around every corner of the small cabin.

“Let’s go see the whales,” Katherine’s father said, after all the bags were in and the car was locked.

“Don’t let her go past the boulder,” her mother said.

While her mother stocked the pantry, Katherine and her father walked the overgrown path that led to Jackson Ridge. Her father held back branches and warned her to watch for roots. They listened for the hollow tap-tap of the pileated woodpecker. When they emerged at the bayberry bushes that marked the beginning of the grassy ridge, the sound of the ocean chased away the quiet of the woods. Gulls screeched and soared overhead like paper on a breeze.

Katherine’s father pointed past the boulder toward the edge of the cliff and beyond to the cold, black water. “Over there,” he said. He squatted next to her and wrapped his arm around her waist. “Straight ahead but way out. You have to be patient.”

Katherine stood unmoving, goldenrod and timothy scraping her bare legs and the wind whipping through her hair. There was a flash of red by the boulder. Red boots. The ones Phillip wore in the photo that showed him standing by the front door of the cabin where her mother was now putting cereal boxes and Pop-Tarts on the shelves. It was that Phillip, frowning, armed, and proud, that she saw. It was that Phillip who ran past the protective boulder to the edge of the cliff, heedless of danger. It was that Phillip who defiantly held up the tin foil sword against the sky. Katherine stiffened as the wind grabbed hold of his cape, ballooned it out behind him, and lifted him off the ground.

“There they are!” Katherine’s father said at the sight of the finback whales rising and falling far out in the inky blackness of the sea. He took his arm away from her waist to raise his binoculars. “Glorious.”

Katherine wiped her face with the backs of her hands where the cool wind had brought tears oozing down her cheeks. Her father held the binoculars to her eyes and pointed her toward the whales, helping her focus until she could see the water droplets in their misty spray. Too close. She handed the binoculars back.

“They used to come every summer when I was little,” he said. “Grandma would bundle us up and bring us out to see them.”

Katherine raised herself to her toes and lifted her arms. Phillip, again standing solidly at the edge of the cliff, did the same. Together they flew over the waves, carried by the wind, Phillip’s cape spread out, his red boots kicking. Katherine watched the solid ground fall away; beneath her only ocean, white waves stitching across the surface. The finback whales spouted and dove in the water below. She gasped.

She brought Phillip back to the edge of the cliff where he stood, his back to her, cape flowing, sword raised. One minute planted firmly; his mother—Katherine’s grandmother—seeing him, yelling, “Come back! Get away from the edge!” The next minute, gone. Katherine closed her eyes and shivered.

Her father lowered the binoculars and took off his jacket. He wrapped it around her and took her hand. They tramped back through the woods, leaving Phillip behind with the whales. 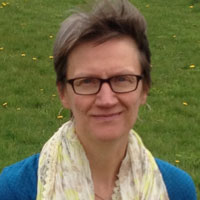 Lisa J. Sharon’s work has appeared or is forthcoming in Ploughshares, The Painted Bride Quarterly, The Belt, and Kestrel, among others. She received an Honorable Mention for her short story submission to the 2015 San Miguel Writer’s Conference Fiction Contest and she was a semi-finalist for the 2015 Press 53 Award for Short Fiction.