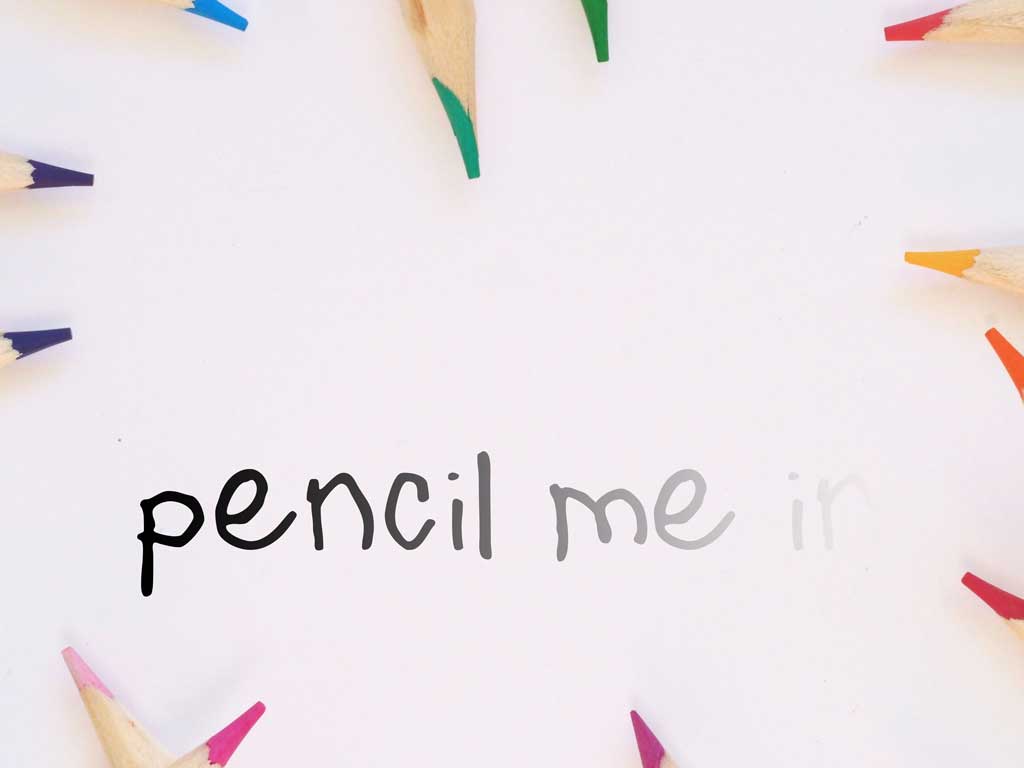 PENCIL ME IN
by Hannah Harlow

On a rainy morning in October my son erased me during craft time at the library. We made a wind chime out of old spoons and gray yarn and colored beads in green and purple and orange and a jar lid with pre-drilled holes. The pencils were there to sign up for mommy/baby yoga the following day. A new three-year-old, Milo no longer qualified for mommy/baby yoga, but he still helped himself to a pencil. Ignoring the pointy end, Milo scrubbed the eraser over the ring finger of my left hand until the finger disappeared. Using my other hand to help the mother next to me attach the final string to her and her daughter’s wind chime, I didn’t notice until it was too late.

I shook my left hand like trying to wake a body part from pins and needles, but I could see right through it to the Dr. Seuss poster on the wall opposite and I had to come to terms with the fact that I now only had four fingers on one hand.

“I hate when that happens,” the other mom said. She lifted her long hair and showed me a blankness where her ear should have been. The baby in the stroller next to her began to cry. “Thankfully it helps with that!” she grinned and nodded at the source of the noise.

“Her no spoon,” Milo said and pointed at the other mom’s mess of a wind chime. She had used butter knives instead of spoons, which I didn’t even know was an option. She must have arrived early.

I thought I had hidden all the pencils in the house, but Milo managed to find one while I was in the shower and another while I cooked dinner and another when I had to take a shit and wouldn’t let him keep me company. He erased my hair while I slept, he whittled away at my toes while I chit-chatted with my friend Lucy at the coffee shop (who, despite not having kids, was conspicuously missing an ankle), and we said goodbye to my left hip during a repeat viewing of Thomas the Train, episode 32.

“You’re wasting away,” my aging father said when I dropped Milo off for a few hours so I could go to the dentist. Dad let Milo watch too much TV and fed him sugar exclusively, but I was trying to give Milo some solid male role models and while my dad may have been indulgent, he was also kind, intelligent, witty, and curious. “Are you eating?”

Dad looked sad, as he usually did when he saw me, I imagined less for how I looked than for how much he missed my mother and for all the things we couldn’t seem to say to each other.

The dental hygienist talked my ear off (not literally, it was already gone) about dating apps while she cleaned what remained of my teeth, but when the dentist came in she let him do all the talking. It’s a chatty office. His current topic was the town’s schools.

“People move here because of the schools. Did you know that?” I did. Everybody did. “Immigrants. You would not believe how aggressive these moms get,” he continued. “And poor people. They rent apartments in town so their kids can go to our schools and get a better life. So their kids don’t have to grow up to be like them, cleaning houses,” he paused, “or cleaning teeth.”

I had two gloved hands—I knew the dentist had four kids and yet all of his fingers—in my mouth or I might have protested that the dental hygienist did not seem poor or uneducated or in any way lacking. My eyes flicked over to see her reaction, but she just handed over the cotton pliers with a blank expression.

“You know?” He looked at me, his hands still in my mouth, waiting for an answer. I shook my head back and forth so slightly he could have mistaken it for a burp. It wasn’t until the hygienist reached for the mouth mirror that I saw her missing lumbar. I wonder who’d done it to her, the dentist himself or an old boyfriend or some ancient, “old school” professor or her father or someone completely unpredictable like some random guy on the corner waiting for the light to turn and saying, “You should smile more.”

Later, when the receptionist asked if I wanted to schedule my next appointment, I told her I’d call her, but we both knew I never would. 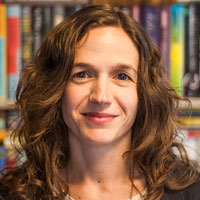 Hannah Harlow has published stories in Vol. One Brooklyn,  SmokeLong Quarterly, Jellyfish Review, and elsewhere. She promotes books for a living and lives near Boston. Find her online at hannahharlow.com.