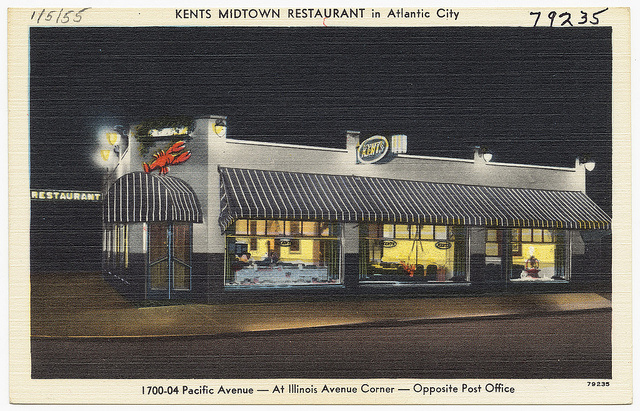 The same way we didn’t know, way back when, that mom and dad couldn’t stand their “friends, ” so we didn’t know that Gary’s sister wasn’t interested in either of us, which starts to explain why she kept mixing up our names last Saturday night in the busted stretch limo that cut through the grey-blue soup of Pacific Avenue, with the winding path of a rocket about to be decommissioned, after she pulled us into the back of it where she was already singing along with the radio and pounding the ceiling that snowed bits of dried-out upholstery on our heads and where her skirt kept flying up—though, yes, you were right, there were three other guys in that limo with us; it wasn’t in the cards; and weighing it all out now, we did do the right thing to leave and drive the forty-five minutes from Atlantic City back to mom and dad’s though it was late and I’d been drinking, because in the end I don’t think it would be healthy for us anymore to have a girl come between us, and this way you got to sleep in your bed and I in mine, in the mildewy room where years and years ago you and I passed that same dollar back and forth, selling each other all of the fundraiser candy bars. 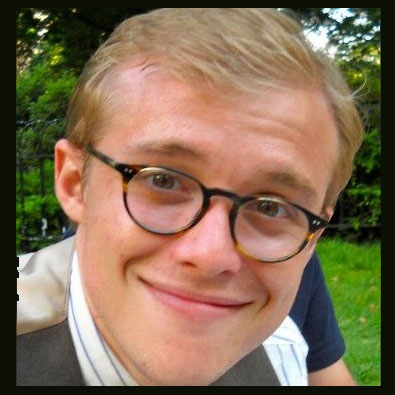 Maxime McKenna‘s fiction has appeared in Philadelphia Stories, Apiary, Cartographer: a Literary Review, and First Stop Fiction. He has contributed essays to Full Stop and The Millions, among others, and lives in Philadelphia, where he works at the Kelly Writers House.