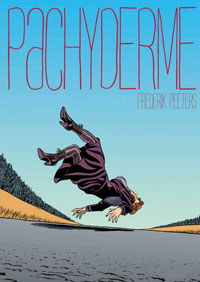 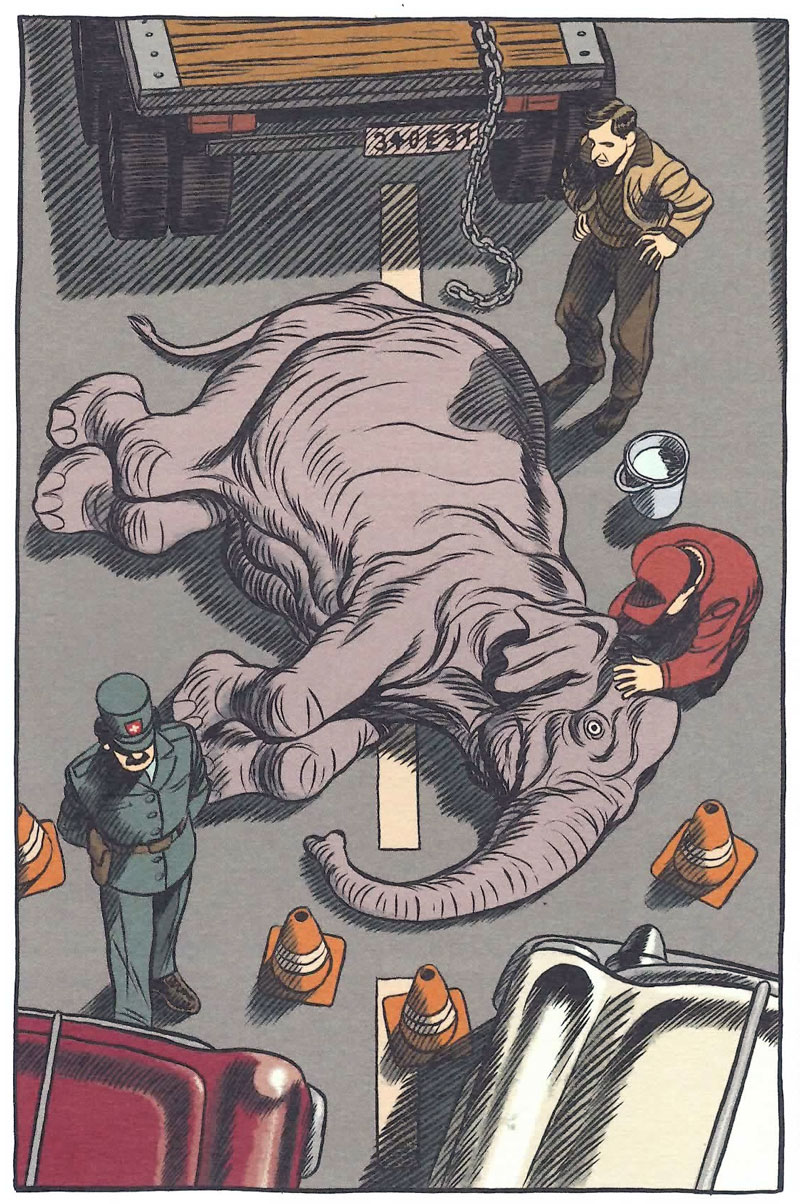 Carice Sorrel, a woman who “simply must get to the hospital,” to see her husband who has been in an accident, heads into the woods rather than wait for the elephant to be removed.  In Pachyderme, by Frederik Peeters, this transition from the road – through the woods – and into the hospital, quickly feels like a trip into the subconscious.  When Carice first sees the hospital, the reader sees her have something of an out of body experience. 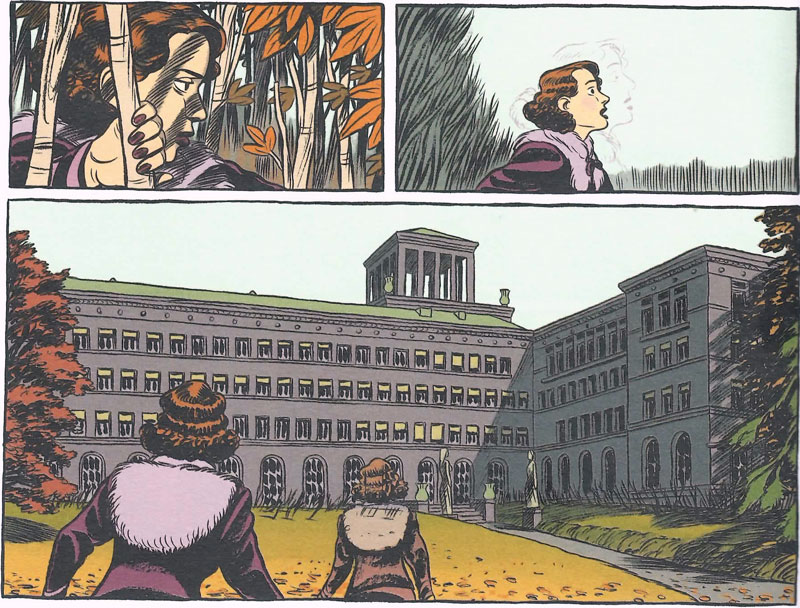 Ultimately, the image seems to suggest that she is replaying, reinterpreting, and reworking recent events while asleep or unconscious or insane or dead.

She wanders through the hospital and her memories. Moments of unreality are interspersed in the story and generally taken with aplomb by Carice, which further suggests that she is in a dreamlike state. This, coupled with frequent jump cuts in the narrative to places without context, adds to the overall unsteadiness of any direct interpretation of what is happening. The feel of the story is what seems to matter.

Take the decidedly Freudian stretch that finds Carice trailing her hands across a hospital wall , one that suddenly extrudes a nipple.  Carice is surprised to find her hand there, and yet once she does, she begins to caress and stimulate the nipple. Flowers come out of the wall in great numbers, and form a vagina-like opening. 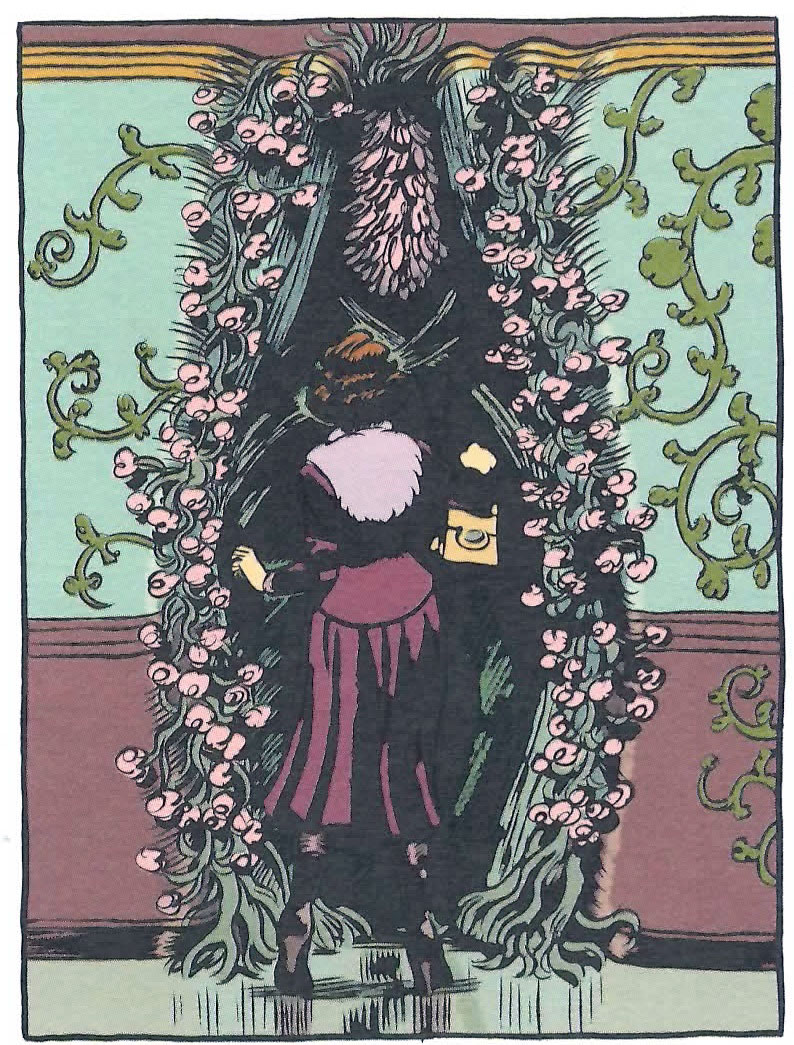 Carice walks inside and finds herself in a verdant grove, fecund with infant-like creatures that have appeared periodically up to this point. It comes across like a waking dream:  unsettling, influenced from life, but lacking clear meaning or resolution. 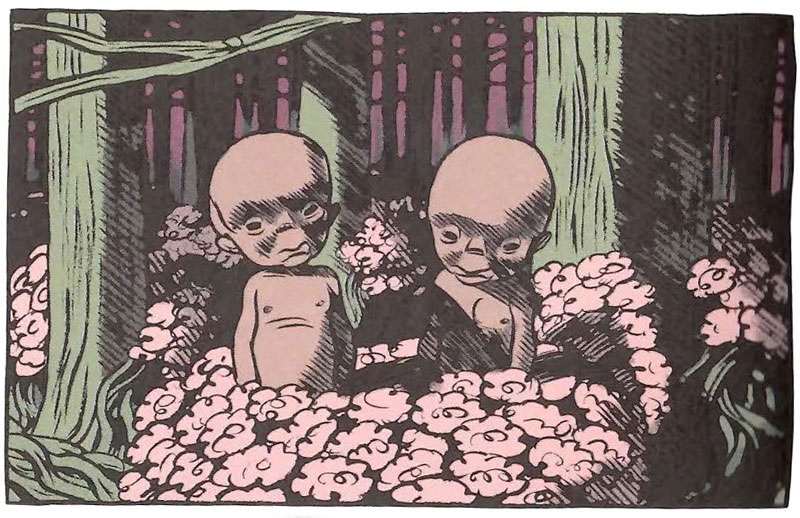 Carice cannot have children.  This fact is implied earlier when she first meets the infants in the woods, but it is revealed to the reader definitively while Carice is having a conversation with a corpse in the morgue. 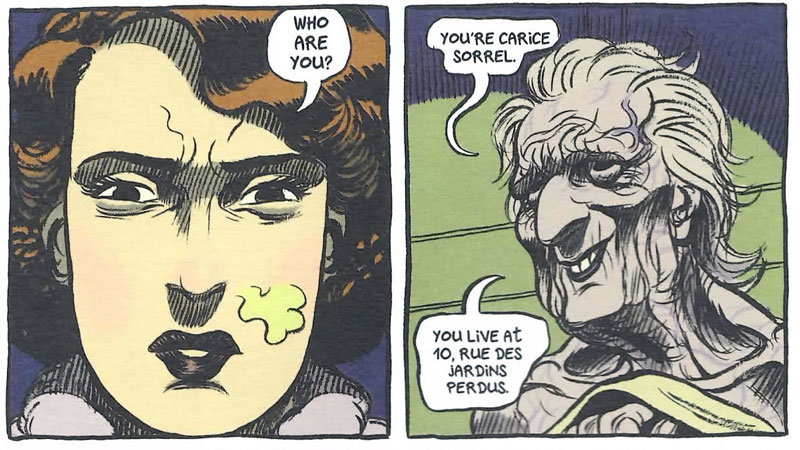 This corpse may or may not be her future-self post-mortem. She is discussing her life, and her marriage, with her corpse. That certainly lends credence to a reading that Carice is going through some internal processing of her life up to the present.

It would be a shame, though, to read Peeters work just through that specific lens.  There is much here that is ripe for exploration.  Take the lowercase i in the lettering. Peeters uses lowercase i exclusively, as compared to all caps for nearly everything else (except the letter t).  Does the lowercase i imply that the characters lack agency?  Real egos? It is heavily implied that Carice had, for years in her marriage, suppressed her own desires. She confides as much to one of her young piano students, the same one who gives her an elephant necklace and appears occasionally just out of reach in the hospital.

Other aspects of the story feel less true.  There is an ever-present feeling of Post WWII paranoia, primarily manifested and expressed by an ominous and strange stuttering secret policeman.  The policeman is wearing a trench coat and can appear from nearly anywhere. 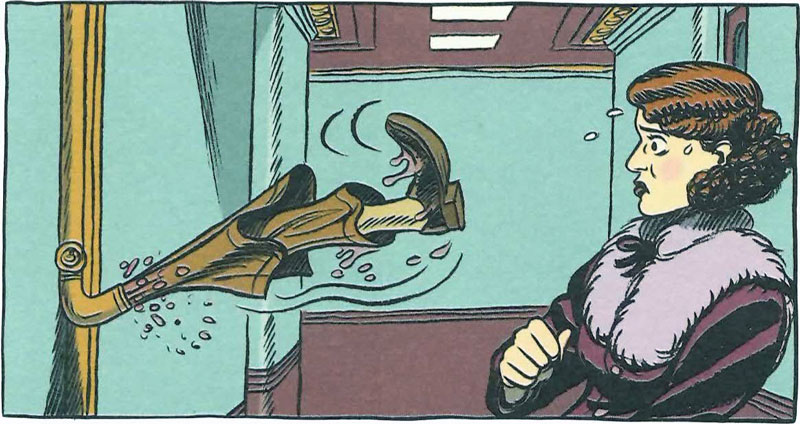 He is after some documents, and enlists Carice’s help to retrieve them, or at a minimum to convince doctor Barrymore in the hospital to return them. This other character, the doctor, has his own depthand it almost rivals Carice’s, though he appears in fewer pages. He is an enigma, a dancing alcoholic seducer of women who seemingly likens his craft to performance.  His is another path with which to read and analyze the comic.

So, Pachyderme is clearly about one woman coming to grips with her life.  Or it is a Freudian look at the sublimation of desire. Or it is a treatise on post WWII paranoia. Or it is the exorcism of guilt. Really, though, what this comic is about is not important. Pachyderme is dense. It is cinematic. It sticks with you, it makes you think about it long after you’ve read/watched it. You may want to re-read it, to re-interpret it. Perhaps you will even dream on it.

Brazos Price is from Austin, Texas where he served as an inaugural member of the Texas Library Association’s Maverick Graphic Novel Reading List. He has also reviewed comics for the librarian focused website No Flying, No Tights. He now works as a Librarian in Atlanta, Georgia.