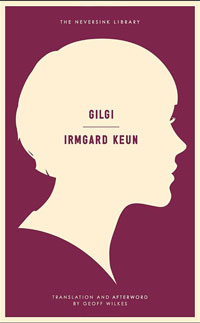 GILGI, ONE OF US
By Irmgard Keun (1931) in the first English translation by Geoff Wilkes
Melville House, 210 pages

You push through the small, enclosed, almost claustrophobic rooms at the head of “Léger: Modern Art and the Metropolis,” at the Philadelphia Museum of Art, like an exile from a provincial village, and there you are face to face with Léger’s masterwork The City. Now free of the repressive ties of the parochial, you’re not there yet. The City—the city—looms, an inscrutable machine. “At once spacious in its lateral spread and aggressively frontal, it offers the eye no reasonable focus and the body no comfortable place to stand,” says the show’s curator, Anna Vallye, in the deeply informed essay, “The Painter on the Boulevard,” in the exhibition catalog. “To approach is to hazard.”

But Léger’s painting is no warning. Rather it’s a syncopation of the moment when Modernity wrote itself across physical and temporal space in the form of the bristling, color-flashing, mesmerizing, hard-edged, dangerously inhumane and astoundingly infinite city. Past The City, the show opens up into a vast gallery, where, almost a century on from 1919, when Léger finished the eight foot tall painting, you are carried away by the arms of levers, the spin of wheels—faster, faster—the spectacle of man inventing his world (and made to feel both God-like and mouse-like by it). In the gallery, you may feel, despite what you know about the intervening century, the power and joy and energy of the city as it breaks apart the hard heavy stone of the traditional world and carries you willingly forward, with no need, so it seems, to look back.

Léger’s point, says Vallye—so admirably achieved by the exhibition—was not just to represent the city on canvas but to make something that itself would be equal to the tenacious force of the unfurling metropolis. Undeniably the city infects the work, which in turn—like so much other modern art and literature, music and film—pressed back onto the streets and boulevards of the city.

One of those works, a slender 1931 German novel called Gilgi, One of Us, Irmgard Keun’s first, has just been translated into English for the first time, by Geoff Wilkes of the University of Queensland in Australia, and will be published November 12 by Melville House Publishing. Indeed, for this reader, Gilgi arrives as an equal kind of modernist wonder: the assertive voice of a young woman singularly determined to grab on. “My times! The only ones I can live in,” says Gilgi, a 21 year old typist at a hosiery concern in Cologne, who is teaching herself to translate Spanish, French, and English so that she can travel and work where she wants. “The times before, the times after—don’t interest me at all. The times now are important to me, they belong to me–.” The city—the world—would be hers.

The knife blade of modernity would slash history—would expose its injustice. The theorist Walter Benjamin, writing about the same time as Keun, put it thus: “The dreaming collective knows no history.”

Not insignificantly, Vallye, the Léger curator, chose a passage from Benjamin’s The Arcades Project to set the urban scene.  “Streets are the dwelling place of the collective,” notes Benjamin, “…an eternally unquiet, eternally agitated being that—in the space between the building fronts—lives, experiences, understands, and invents as much as individuals do within the privacy of their own four walls. For this collective, glossy enameled shop signs are a wall decoration as good as, if not better than, an oil painting in the drawing room of a bourgeois; walls with their “Post No Bills” are its writing desk, newspaper stands its libraries, mailboxes its bronze busts, benches its bedroom furniture, and the café terrace is the balcony from which it looks down on its household.”

This broad shouldered, crass, class inflected, pedestrian cityscape is Gilgi’s home, even as, in Cologne, it sometimes feels like a second city version. As the book opens, Gilgi, at 20 and still living with her mostly silent parents, endures—for the good of her will—a cold shower. She exercises, dresses smartly (of course), and running a little late, hops a streetcar to work. “Dingadingding—they get off, they get on. They ride the streetcar. Ride and ride. Eight-hour day, typewriter, steno pad, salary cut, end of the month—always the same thing, always the same thing.”

But adorable Gilgi sees herself apart from the collective. “They’re gray and tired and lifeless. And if they’re not lifeless, they’re waiting for a miracle. Gilgi isn’t lifeless, and she doesn’t believe in miracles. She only believes in what she creates and what she earns. She isn’t satisfied, but she’s pleased. She’s earning money.” 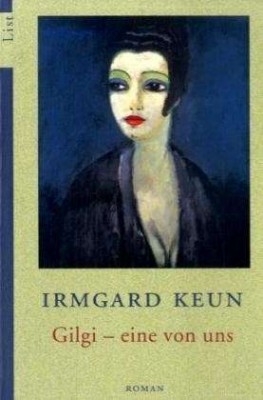 Punctual, hardworking, and organized, she’s moving forward. But significantly, this isn’t 1919. In 1931, the year the book comes out, the German economy is in recession and in so many ways the promise of modernity is in doubt. And on the street: “Nazi guys beating up Communists—Communists beating up Nazis.” Keun felt what was coming. There is despair, nationalism, doubt and even more, hints at the way, starting the very next year, German society would be exploited by Hitler. Gilgi would be banned and Keun would go into exile in Holland.

Gilgi, as the translator Wilkes points out in an essay at the back of the book, is a so-called New Woman of the Weimar Republic, capable of earning, living independently, and choosing her path. She reads newspapers and listens to jazz; she is honest with herself, careful never to dream excessively. Dutiful enough, she comes and goes as she pleases. This isn’t the only kind of New Woman here, however. Gilgi’s friend the flamboyant Olga works when she needs and otherwise travels. She has flings with men, but is careful to never get to close. Olga guards her independence.

After work, for extra cash, Gilgi takes dictation from a former military officer who is writing his memoir. She keeps a tiny room where she goes at night to practice translation. Aware of her good looks, energy, and attractiveness—a sensibility reinforced through Keun’s use of the interrogative semi-second person, as if Gilgi’s rational subconscious is doing the talking and then turning its head to talk to the reader—Gilgi is sexuality liberated: the great fear of modernity. Though young, she easily sees through men.  She rebuffs the ugly ones and lures along the ones who can help. “The main thing is that you know how to fob them off tactfully,” says Gilgi, “without starting some great drama of outraged honor.”

But in the infinite city, of course, anything can happen. Yes, something is coming to disrupt Gilgi’s tight little world. “Do people ever suspect how completely they can be influenced!!!!” wonders her subconscious a bit later on. One night Olga introduces her to Martin, a bohemian writer who is house-sitting for a well-to-do friend. Gilgi—so cold, so controlled—falls in love. “Since that night,” writes Keun, “something in Gilgi has been broken beyond repair.—Oh, liking someone is good—loving someone—is good too. But being in love, really being in love: an extremely painful condition.”

Martin, who finds German work ethic moralism absurd and inhumane, knocks Gilgi off-kilter, leaving her ultimately “defenseless, completely exposed…at the mercy of everyone and everything.” But Gilgi, happily, is never quite a victim. This makes Gilgi strikingly different from novels like Theodore Dreiser’s 1900 Sister Carrie, about the excess and moral bankruptcy of urban life. Gilgi isn’t at all a moral screed—it’s too wise—about men, politics, aging, and justice. As Gilgi struggles, she begins for the first time to unwind her deeply held belief in personal responsibility. Finally, she begins to see herself as more than a single one-dimensional entity, but rather as a person of sometimes divergent layers, a different person at different times to different people—a thoroughly modern woman, that is. “There are two layers in me,” she begins hesitantly to feel,

And the upper one, it dictates—everyday words, everyday actions—little girl, little machine girl, little clockwork girl—the lower layer underneath it—always wanting, always searching, always longing and darkness and not knowing—not knowing where to—not knowing where from. A thinking without words, a knowing behind the words—a wakefulness in sleep—behind laughing, a weeping — — — the uncut umbilical cord—a tie to the dark world. And the gray world and the bright world, you’re familiar with them and you know about them—and you didn’t want to acknowledge the dark world and you’re still trying to lie it out of existence. But it’s there—for every woman—every man. And one person says sorrow and one person says pain and one person says crime—filth—or God—no word cuts right through to the core.

No, Gilgi, there is hardly any comfort in the modern city. It will throw you. It will demand you to ask, and ask again, “What—am—I—really?”