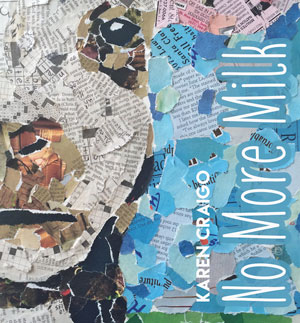 Walt Whitman’s “I Sing The Body Electric” tells the reader, “If any thing is sacred the human body is sacred.” Whitman’s belief in the holiness of the body was always coupled with a healthy questioning of its capabilities, using poetry to bridge that gap of skin and bone and unify his readers’ minds. Great poetry balances line and narrative, capturing that elusive moment of true human connection. Similarly, Karen Craigo’s No More Milk asks the reader to inhabit the body of each poem. Craigo’s poems are not barriers, but rather structures from which she explores the female body in relation to itself and to other bodies, and to our collective body as a people.

In the second poem of the collection, “Milk,” Craigo takes the reader to the body of a mother awoken, bleary-eyed, by a crying baby in a strange hotel. An innate physical response to the child’s cry requires the speaker to pump a painful ounce of breast milk. Craigo acknowledges this as, “no one’s fault. Each day / I have less to give.” The reader is introduced to the reaction of the speaker’s body’s to an unfamiliar baby’s eliciting an act both personal yet biological, as fundamental to motherhood as removing an infant’s fist from its mouth. Craigo uses this physical tie to remind us how, “hunger is a fist that never stops / being a fist,” in all its ways, in all its endless wants.

If this text is a body, then for me the heart of this collection is literally at the center; at the center is a series of poems, Guided Meditation: Inventory, in which Craigo writes to each part of the body, from feet to hand, to crown. I pause here to state that these meditations have a sacred sense. Craigo understands line and rhythm, using the holy power of the body as an invocation. 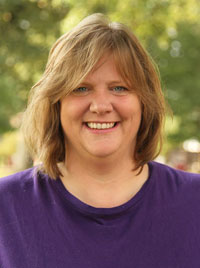 In the first of these poems, “1. Feet,” Craigo invokes the divine journey when she asks the reader to “Recall / the places your feet / have carried you,” but nevertheless reminds us of the reality beyond the luminous: our feet have carried us, “in and out of / all kinds of shit.” My favorite of these meditations, “7. Head,” asks the reader to “consider the variable weight / of the head—days you couldn’t lift it / from your pillow.” Craigo uses the body to remind the self of its worth, even though depression threatens the vessel.

The moments of guided meditation lead to “In Praise of the Body Broken in Two,” where the speaker transfers meditative worship from her own body to that of her child’s, the “body in [my] arms,” a reminder that any body is, “not a wrapper / to be discarded.” Yet for all its goodness, Craigo can’t help but consider the poet in absence of the body. In “Death by Bleeding,” the speaker is our comrade in suicidal thought: “You’ve thought of it, but no: / the wrist is a narrow, helpless thing,” and you feel the speaker struggle against this great duality, describing the trees of Jerusalem as “curving in on themselves, / a terrified wringing.”

Craigo never forgets how the body remains an imperfect creation. But she celebrates it all, in spite of its failings. In “Walking the Labyrinth,” Craigo shows us a familiar congregant in the pew, yet finds a loveliness in the crown of their head though, “the eyes are difficult / to love.”

In this collection, Karen Craigo continues to question the sanctity of the body in an imperfect world. Studying relationships, motherhood, the body, and the garden, No More Milk blends the sublime with the everyday in a raw and honest sense of awe, baring truths in considered lines and controlled imagery.

Shaun Turner is the author of a chapbook of short fiction, The Lawless River (Red Bird Chapbooks) and editor at Fire Poetry. His writing can be found at Connotation Press, Tin House’s Flash Fridays, Helen: A Literary Journal, and Permafrost Magazine, among others. His flash fiction piece, Kentucky Snakes, appears in Cleaver’s Issue No. 6. He earned his MFA at West Virginia University.