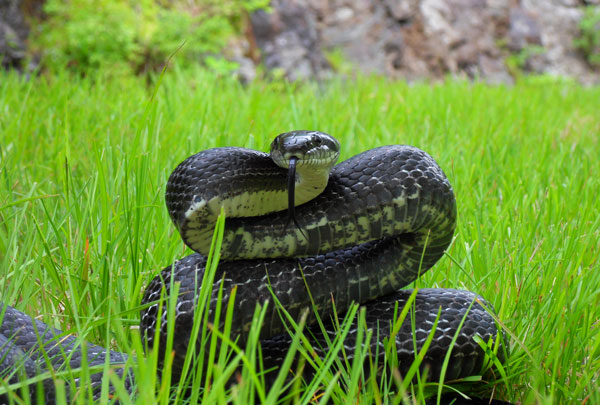 Me and Dorsey worked with Gross Lumber down in the woods behind Viola Creek and we’d cut our share of trees.

In the woods, not even Lloyd Gross cared how many beers we drank. All the loggers—usually men from McKee—would split a paper-bagged six-pack around noon and just relax. A bird-call would echo, and the foliage would brush against itself, and the insects would hum just behind the brush, and we would puncture our cans with a long metal churchkey in a way that felt smooth, natural.

Two years ago, Dorsey was buzzed and he spotted this black rat snake coiled on a pine branch about five feet up.

“If it were a copperhead, it could’ve bit me on the neck,” he said, pulling a piece of line from his pocket.

“You place the snare where they least expect it,” Dorsey looped the wire into a noose. “You place it in the middle of their run.”

To make a good snare, you must become the animal. You can find their signs near to water: the fresh wet scat, the muddy tracks, the light crushing of brush. Once you see one or two of these signs, you can find the animal, know its run.

He looped the trigger to the stake and set the trap. An hour later, threw the dead rat snake into Viola Creek.

“Once you’ve seen the animal and its tracks, setting snares is a numbers game,” Dorsey said. And it was true. We never saw another one. 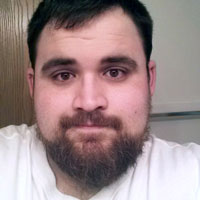 Shaun Turner writes in West Virginia, where he is the Assistant Fiction Editor for the Cheat River Review. His fiction can be found in the following great publications: Blue Lyra Review, Word Riot, JONATHAN, and A Clean, Well-Lighted Place.