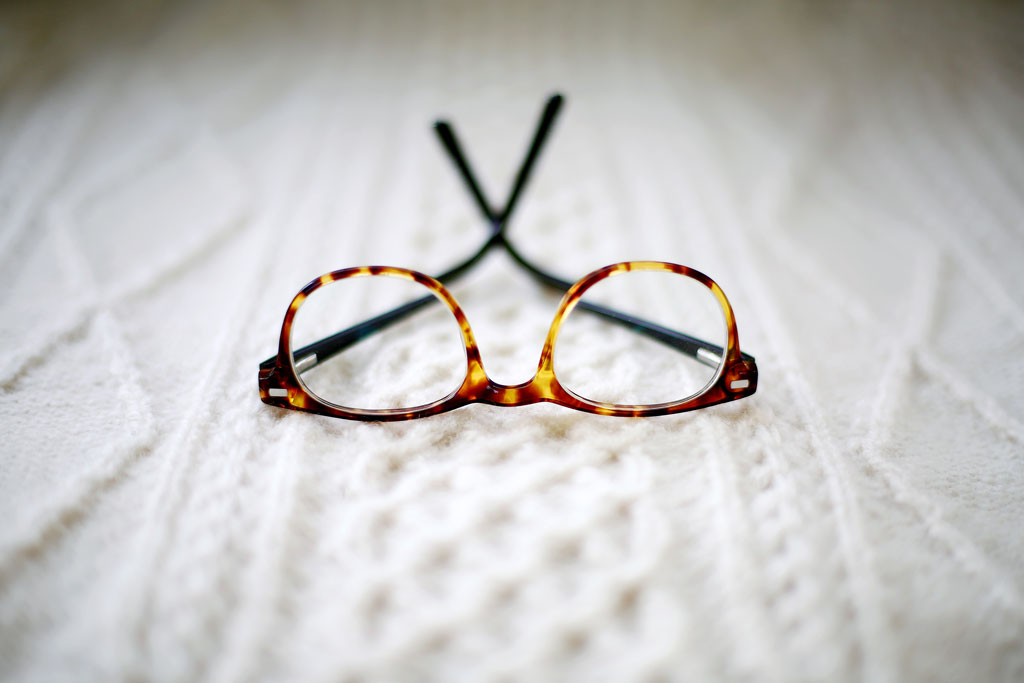 MY HUSBAND IS ALWAYS LOSING THINGS
by Michelle Ross

While my husband frantically searches the house for his misplaced eyeglasses, I watch Marie Kondo fold socks, then stockings, then a sweater into neat little rectangles. They look like origami handbags. In her signature white jacket, the Japanese tidying expert instructs viewers to stroke each garment. She says, “Send the clothing love through your palms.” She runs her hands gently down both the sleeves and the body of a fluffy, white sweater, and my skin tingles.

My husband passes through the living room for the fifth time this search. He says, “You sure you didn’t move them?”

Once I said, “Then come take it back.” I was standing in the doorway to his home office in a dress I hadn’t worn in years, a dress I’d decided to make myself wear, even if only to lounge about the house, because I had read that it’s a mistake to save our favorite clothing for special occasions that never arrive. I imagined him frisking me for the lost object, like a TSA agent searching for contraband. But my husband didn’t look up, kept shuffling around papers, emptying out boxes.

I used to find his tendency to lose things amusing; then I found it irritating; now it mostly makes me sad. Like when he lost the rack of lamb I asked him to pick up from the butcher, and I found the five pounds of muscle and bone sweating on the floorboard of the passenger side of the car. He couldn’t blame me for that one. After putting the lamb in a plastic trash bag and dropping it into the garbage, he said, “Don’t look at me like that. It was an accident. You want me to go out and pick up another?” “No,” I said. I’d lost my appetite.

To get your house in order, the first thing to do is to discard, Kondo says. Take every object into your hands and ask, “Does this spark joy?”

I stiffen at these words. It’s a harsh test, isn’t it? Joy isn’t the only measure of value.

Take wood chips, for example. For years, they’ve accumulated on the floor of our garage at the rate of dog hair. But when my husband sprinkled them over the puddle of oil that leaked from the car, and they soaked up the mess, left no stain, I was half-grateful he’d not cleaned the garage in twenty years.

Kondo says that this is why stroking and folding clothing is important. It isn’t only a matter of caring for your things. Touch allows you to assess how you truly feel about each item.

I call out to my husband, “They’re not already on your face?” I am not joking. He has ransacked the house for objects that were already on his person—in his pocket, around his neck, in his hand.

Kondo demonstrates with two sweaters. She caresses the first sweater, smiles, places it down beside her. She caresses the second sweater, and the cool look on her face says the item does not pass inspection. I think of the scoliosis screenings at school when I was a kid, how every time a PE teacher told me to bend at the waist so she could scrutinize my spine, I tensed up, certain the test would reveal some defection.

Kondo doesn’t offer a word about why the second sweater doesn’t pass the test. She says to listen to your intuition when deciding what to discard. Rationalization deceives. You rationalize that discarding an object is wasteful or that you might need it again someday. Of the second sweater, she says, “I want to thank this for keeping me warm, but now it’s time to let it go.” She places the sweater apart from the sweater she’s keeping. She smiles again, her expression serene.

After discarding, the next step is to assign a home to each object you keep. Value what cannot be seen on the outside, Kondo says, meaning the insides of closets, cabinets and drawers. What is hidden from public view is all the more sacred.

I think about how my friend Sara worried when her doctor scheduled her for an MRI to diagnose the source of her back pain. Not just because of the invasiveness of the procedure or concern for what the doctor might find. Sara worried there might be metal inside her that she didn’t know about. “How can I be sure there isn’t?” she said. What could I possibly say to assure her? The body is an unopened drawer.

Except when it is opened, by surgeons, and you are out cold as they root around inside you. Or when MRI technicians or X-ray technicians or TSA agents scan your insides—yet another piece of luggage.

Sometimes I wish I could see inside my husband. Peel back the skin and muscle, cut through the bone. Reveal the hidden spaces. Only the clutter might be worse than I imagine. I fear what I might find there, or not find. Would I be able to locate myself at all? 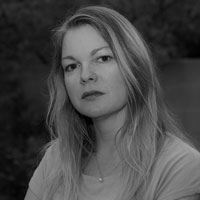 Michelle Ross is the author of There’s So Much They Haven’t Told You (2017), which won the 2016 Moon City Press Short Fiction Award. Her fiction has recently appeared in New World Writing, Passages North, Electric Literature’s Recommended Reading, TriQuarterly, and other venues. She is fiction editor for Atticus Review. www.michellenross.com