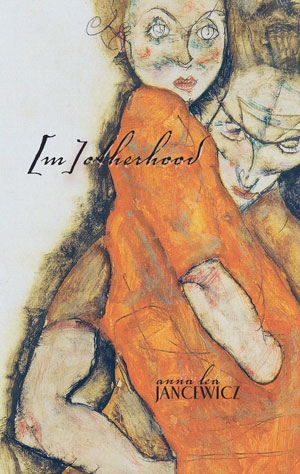 Anna Lea Jancewicz built up her editorial chops on magical flash fiction and fairytale non-fiction journals, like Cease, Cows and Tiny Donkey, before becoming Editor-in-Chief of Rabble Lit, a magazine dedicated to working-class literature. Some might consider this a strange artistic road, but it makes sense. Using the magic in the everyday to challenge and undermine the power of oppressors, magical realism emerges from anti-colonialism and protest. Similarly, the classic fairytale often elevates working-class heroines like Cindergirl and Vasilisa. Jancewicz’s debut collection builds on these traditions of artistic protest, offering a mix of flash and short stories steeped in both the brutal realities and dreamy magic of women’s lives. The combination of flash and short stories creates a heady ebb and flow throughout the collection, almost like a heartbeat ba-boom, ba-boom, a place where prayers, stories, and spells live side-by-side.

As the title [m]otherhood suggests, the book is laced with countless unexpected births and creations, from the endless beastly offspring of “The Female of the Species” to the uncanny rabbit nosing its way up from a garden grave in “Rosemary & Ghostmilk.”

It’s no wonder that “Rosemary & Ghostmilk” is nestled at the heart of this collection. Miranda, its protagonist, wakes in the first line just after the preceding story’s heroines have both gone to bed, unable to put her own pain to rest. Miranda mourns what would’ve been her third child, the miscarried remnants of whom she’s buried in her backyard beneath the rosemary bushes. The dark beauty of this story embodies so much of Jancewicz’s simultaneously tender and ruthless style, the luscious marriage of the physical to the phantasmal. “Rosemary is for the dead, rosemary is for remembrance,” she writes.

[Miranda had] known that when she chose the place in her garden for the burial. And yet, she had remembered only to forget. There’d been no token to hold in hand, no lock of fine blonde hair or curled cord stump to place in a box. It had been too early for that. Too early for any substance to remain. Too early for condolences. Too early for anyone to understand the grief that weighted her emptied body, so Miranda had buried that, too.

Buried, or planted. In Jancewicz’s stories, ghosts are born from the unlikeliest of seeds: whispered names, dark soil, breastmilk, the rabbit in the moon. Because here, to be pregnant, to be a mother, is to be haunted. 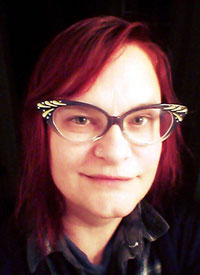 Jancewicz builds on this sense of being haunted throughout the collection. In “Off the Map,” a woman is haunted by her own death (among other things). In “Funny How Tender Can Mean Two Things,” a woman simultaneously haunts and is haunted by her twin sister’s life, the life she could’ve had. In “Sheitel,” a woman is eerily self-aware of her own endlessly repeating hero’s journey.

Like the classic hero’s journey, “Sheitel” is layered with concentric circles, the protagonist as their common center: a woman who wrestles with God and returns to Him; who dutifully marks each menses with a mikvah; who becomes pregnant (again); who cannot stop hearing the same song over and over, Bob Dylan’s “All Along the Watchtower” (itself a cyclical myth); who dedicates herself to providing her family with a seamless loop of blessed, properly prepared evenings for making Shabbos. She who is destined to wrestle with God again and again, accruing small badges (such as a faint, almost invisible tattoo) to mark each resurrection. She who repeats the repeating stories:

When Ya’akov was alone, the man was already there. The world is full of hauntings, Jancewicz reminds us, whether by ghosts, gods, or humans. We haunt ourselves with stories.

Jancewicz’s dedication to Jewish characters and communities is a welcome change in a genre that’s often colored by a Christian lens. She spotlights heroes who are mindful of their history and traditions even as they subvert them. In “Chana Finkelstein Made a Golem Baby,” the working class, middle-aged Chana does exactly as the title suggests: she looks her desire in the eye and goes to work making it come true, seeking the proper prayer and name of God necessary to bring her golem baby to life. The local rabbis deride her (italics in the original):

Mrs. Finkelstein, [said Rabbi Schechter,] with all due respect, this is the sort of study done by very learned scholars, very learned men…

Yet Chana searches tirelessly through every book and class she can find. But it isn’t until she turns to the prayers and devotions of women, to the local mikvah attendant Miriam Leibowitz, that she finds the wisdom she needs. “You’ve been asking for help in the wrong places,” Miriam tells her.

That [Rabbi] Kleinman thinks you’re as demented as Rochel Nudelman, bless her poor fercockt heart, and that [Rabbi] Schechter, even if he does know something, he’s not going to whisper a word of it unless you’ve got a schmeckie between your legs. Anyway, why ask a man how a woman should make a baby? Their golems are all brutes, what would you want with that? Now let me see your Bubbe’s tkhines.

Through Miriam, Chana’s golem baby becomes more than a fairytale, more than a “study.” At last, her baby is called a baby. She’s found the right name of God to use.

When Rabbi Kleinman tells Chana that her golem baby is nothing but a story, a fiction, she responds simply with,

Who are you to say? Who am I to say? Can’t you just help me find the right words?

The words are already there, Chana knows, it’s only a matter of finding them, remembering them, tucking them into the proper mouth to bring forth fresh life. It’s a matter of parsing out the prayers from within the fairytales, recognizing the spells and sacred threads that stitch the everyday together. Jancewicz’s collection is an act of doing just this: a search for the magical in the quotidian, a recognition of the power tangled in the roots of a rosemary bush, woven through a woman’s sheitel, or beneath a pair of chickpea-eyes pressed lovingly into a golem baby’s yet-born face.