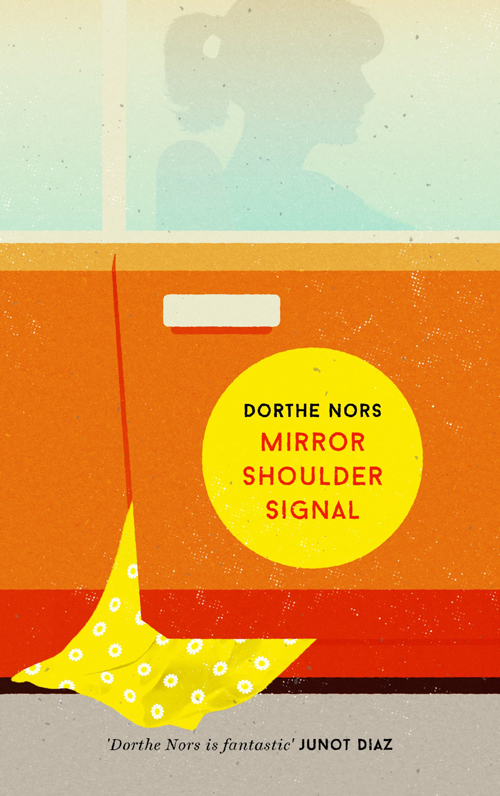 Although I am not a middle-aged Danish woman who translates Swedish crime novels known for their graphic mutilation of women and who in her spare time flees from nature retreats to eat cake and sit in the rain, I relate to Sonja, the protagonist of Dorthe Nors’s 2017 Man Booker International Prize shortlisted novel. Unassuming, if spiritually and sometimes even physically lost, Sonja can’t drive, let alone shift gears for herself, and her sister won’t answer her calls.

Such is Sonja’s state at the beginning of the novel. Cooped up in a small car with her driving instructor, Jytte, an often coarse and unapologetically racist woman from Jutland, Sonja narrowly dodges bicyclists, Jytte’s chronic insults, and—in a scene that brims with comedic angst—a hot dog vendor. It is Jytte who shifts gears for Sonja, an act that becomes the novel’s main metaphor for Sonja’s inability to move forward in her life. This opening chapter ends, like most of the chapters do, with Sonja’s reflections on the moment. Here, Sonja blocks out Jytte’s confrontation with a delivery van in the middle of an intersection to reflect on a brief yet poetic moment of clarity when she looks out her window to see a graveyard: “Sonja thinks about the dead prime ministers in the cemetery. It’s lovely to take a blanket there. […] The dead make no noise, and if she’s lucky a bird of prey might soar overhead. Then she’ll lie there, and escape.”

Fiction, like an automobile, is a mode of transportation. It allows one to traverse landscapes of the mind, escape into other spaces, other minds, where even the most fantastical elements pang with a sense of familiarity. Opening a cover is like opening a car door, turning a page like turning the key: escape is imminent. It is a metaphor which extends to life itself, where fiction is as much an exploration of life as it is an escape from it, and Sonja finds herself struggling with acquiring the means to move forward in life, the means which inevitably entail her to leave something meaningful behind.

One’s ability to escape, this novel proposes, is limited if you can’t drive. Like others who got a late start to driving, I share in Sonja’s sense of enclosure induced by the inability to drive. And what’s more, I always felt the freedom afforded to those who can drive comes at a cost of empathy. On occasion I have seen well-meaning, levelheaded people become angry misanthropes in the blink of an eye (or is it signal?). Behind the wheel of a car, a person becomes susceptible to easy rage, and Nors’s Jytte seems to confirm this suspicion.

As a child growing up in the farmlands of Denmark, Sonja was able to escape her reality by hiding in a little enclosure she made for herself in a rye field. But in the din and clamor that is Copenhagen, there are no rye fields, and Sonja must adapt. Here we see Sonja retreat into the inner recesses of her mind, finding intellectual solace when a physical form can’t be found. Nors’s prose braids past and present, interior and exterior action to mimic the turmoil embedded in Sonja. In a scene toward the end of the novel, Sonja has dumped Jytte for Folke, the head driving instructor himself, and confrontation with Jytte ensues. Sonja rebukes Jytte’s accusations of betrayal by returning to an imaginative heather filled with whooper swans and deer, her substitute for the rye field of her childhood. Then, after leaving the confrontation without a single goodbye—“Not saying goodbye,” we are told, “isn’t something Sonja learned at home”—she walks away into the streets of Copenhagen and back into her heather. 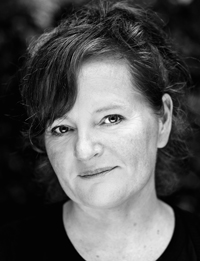 None of this is new territory for Nors who, in addition to six book-length works of fiction, holds the accolade of the first Danish writer published by the New Yorker. She is certainly in company with the greats of Continental literature—Kafka, Beckett, Kundera—for the dark humor woven into the fabric of her fiction. In an interview with The Paris Review’s Dwyer Murphy, Nors comments on this aspect within her short story collection Karate Chop, which extends itself across her oeuvre, as “Danish irony.” “We don’t like to read a book,” Nors says, “about how bleedingly easy things are. We like the complicated stuff.”

In a novel that doesn’t extend itself beyond daily life, “the complicated stuff” entails menial tasks, chance encounters, and, most importantly, interpersonal relationships. Sonja’s relationship with her sister Kate haunts most of the novel. Multiple times Sonja writes to her sister, either on postcards or computer paper, but never bothers to send the letters: her thoughts are scattered and insubstantial, and her inability to communicate honestly is disrupted by thoughts of an old boyfriend, Bacon Bjarne. When she calls, Kate either hands off the phone to her husband or makes the excuse that she is in line at the supermarket. Sonja knows her lie, but lets it go.

Above all else, Mirror, Shoulder, Signal is a novelist’s novel. Literary-minded readers will revel in the novel’s allegorical framework extending anywhere from cautionary tale to failed bildungsroman to a metaphor of novel reading itself. For example, early in the novel Sonja is getting a message from her friend Ellen in Ellen’s apartment and, in an almost Cartesian meditation, Sonja ruminates:

Mirror, Shoulder, Signal attempts to rectify this observation by showing that, while transcendent meaning is possible in reality, the meaning we get is often fractured, unfulfilling. In this way, Sonja transmutes quotidian minutiae into an absurdist metaphor with a decidedly Danish twist. But it’s all Sonja has, and in fact, reality will have to suffice.

Brendan McCourt is a student of English and Philosophy at Arcadia University in Glenside, Pennsylvania. A Philadelphia native, Brendan primarily writes in short forms, including poetry, flash fiction, and prose poetry. Brendan is also the editor-in-chief for his university’s undergraduate literary magazine Quiddity.