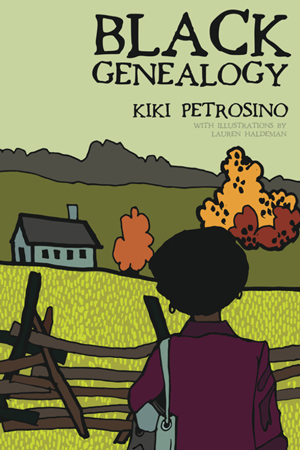 Situated between a national and a personal history, Kiki Petrosino’s poetry book Black Genealogy sifts through the past in search of lost identity, language, bodies, and self-possession amidst the legacy of the Civil War and slavery in America. The book details an exploration of both a familial and a larger American reality through the lens of a contemporary African American persona.

Split into two sections, Black Genealogy consists of both unlineated prose poetry as well as highly-structured villanelles, a style of poem originally associated with ballads and oral storytelling. Both forms, especially in the context of Petrosino’s subject, seem to bring a sense of narrative story to the poetry, and because of this, a noticeable absence when the narrative contended with proves to have been lost, ignored, and or intentionally obscured by the country in which it occurred.

Negotiating with a history that was blind towards the humanity of Black people in America, Black Genealogy is a work of sight determined to bring the readers’ eyes, thoughts, and awareness up close with both immense presence and an effort to find and revive immense loss.

The book opens with a short untitled poem incorporated into a comic by Lauren Haldeman, wherein a Black woman asks about the grin on the face of a reenactor dressed as a Confederate General. Immediately, the reader is invited into a tangible uncomfortability and fear of what is shown as an externally “friendly” man interrogating a woman at a store. The uncertainty breaks into a clearly threatening atmosphere when the persona says “In fact, I didn’t know Confederate Generals could grin” and is answered by the cashier “They all can” and “most of ‘em do.” In this moment, the reader and Petrosino’s person are given a crucial symbol which goes on to frame the book—it’s this grin, not a shout or act of clear aggression, which bookends the poetry that will go on to explore a partially hidden, abusive, and distinctly American history. This facade of friendliness wrapped in the uniform of something threatening (but still widely accepted) sets the tone for the coming poems which oppose this unsettling picture and the ignorance, unwarranted forgiveness, or utter blindness towards the past which its reenactment requires. 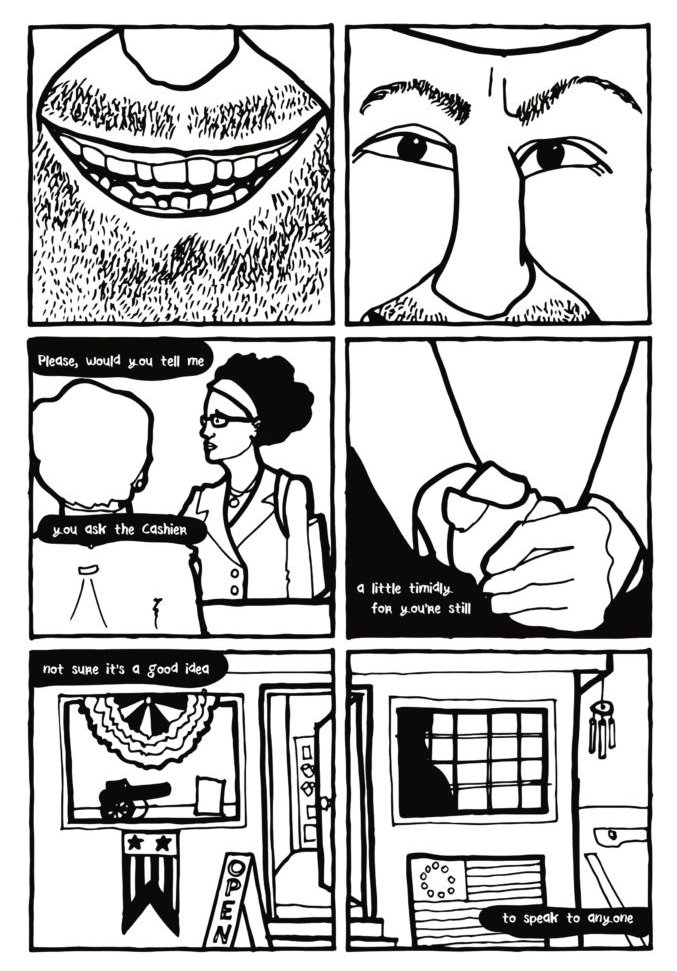 The poem following this comic is written in second-person, newly inviting the reader into the narrative, and describes the personas ancestors in a train which they end up escaping using explosives. At the poem’s conclusion, the train is distinct, the ancestors are mobile, strong, and competent, but you, the persona, “have been missing for some time.” This conclusion drops the foundation of a “you” out from under the reader, giving them a lost self, a self that is unplaceable, unfindable, and outside of a distinct location and perhaps even out of an unidentifiable body. We are met quickly and harshly with a personal loss from no one obvious source and invited into this discomfort and, crucially, a lack of clarity as to where we, situated in the perspective of this persona, belong in relationship to the ancestors. 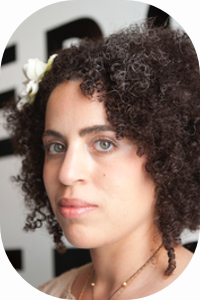 Petrosino’s persona goes on to research people from their own genealogy, attempting to spar with little to no information, having only letters to suggest names, “B is for bright. A boy.” and “H, future mother of B. A slave girl born in 1830.” These snippets, which lead the persona only to the creation of “a folder called Nothing” give so little but leave the persona dubbing their discovery of absence “a lucky find”. Here, we are invited to consider how “nothing” illuminates something about the way these undocumented lives were lived, seen, and understood by their contemporaries who held the power over what was recorded in history. Because of this, Petrosino is able to give us something pivotal and thought-provoking in how she ends her poetry on a meaningful and revealing “nothing.”

Petrosino does not leave us with “nothing” to read, however, seeing the land that B eventually comes to possess as “his book” where he can write his own story. In the seventh poem of the first section, Petrosino writes “You do not love B, exactly. You love the wagon of his name”. This section presents a name, even a largely absent name, as a thing which can be occupied and used as a way of traveling, something present enough to allow Petrosino’s persona to go back in time and imagine “B’s voice calling haw! to his horses.” Even the scraps of information possessed are a version of victory for the persona, a partial and moving resurrection of a human life and story which they can enter as a space and feel as a human life in action.

The book’s second half, composed entirely of villanelles, returns into research, stating clearly the objective “You want to know who owned us & where./ But when you type, your searches return no results.” This straightforward use of language and short sentences set into a poetic form which requires the repetition of words and rhyme scheme helps to illustrate the horrible absurdity of not being able to find how and where your family was owned. The fact that the persona goes on to pray in order to find family graves and an inheritance of “sudden glints in the grass” makes real the desire to possess a kind of absence, to get a real hold on who’s gone and where they lived and were lost.

Near the end of Black Genealogy, the contemporary persona carries a printed copy of a law which states “Any/ descendent may access a grave.” before climbing a fence and feeling “free now”. This expression of deservedness, and even of righteousness, in finding and reaching the dead in one’s family is somewhat hauntingly undercut by the presence of the printed-out law, an item which communicates the persona’s need to constantly be ready to show that they do deserve what they are doing—gaining access to their past, family, legacy, and story in a country that may have otherwise forgotten it.

Petrosino’s skill lies in her ability to hold absence and lift it up to the reader of her poems in a way that renders it palpable; the gaps between trees, blank censuses, unknown names, and lost lives (both biologically and historically) are all revealed with significance and meaning rather than numbness or indifference. Black Genealogy is an act of resurrection and reclamation which itself preserves the history it re-discovers and highlights. The three comics which border the sections of poetry welcome the reader into a specific conversation between a Black woman and a man dressed as a Confederate General while the surrounding poems flow through the process of discovering, embodying, and arriving at lost family and forgotten history. Black Genealogy is a critical read for anyone interested in engaging with the space between history and autobiography, poetry and genealogical research, and erasure and survival.