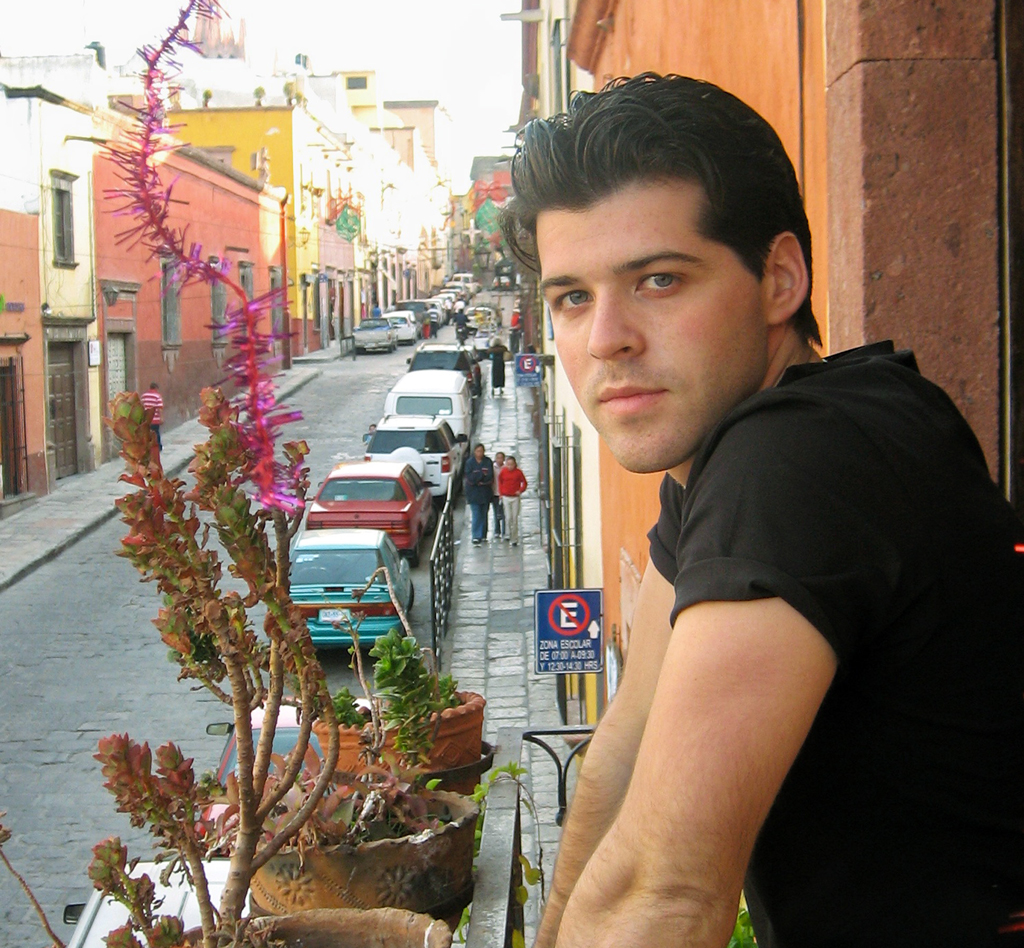 A Conversation with Marc Labriola, Author of DYING BEHAVIOUR OF CATS, from Quattro Books (Winner of the 2017 Ken Klonsky Award), 124 Pages

Congratulations to Marc Labriola on winning the 2017 Ken Klonsky Award for Dying Behaviour of Cats, along with publication of the novella by Quattro Books. You can read Marc’s first two published short stories, “Cutman” and “Self-Portrait with Broken Nose,” in Issues 7 and 9 of Cleaver Magazine. In Marc’s latest work, we follow Theo, a man shut inside the home of his father after a hurricane. There is a leopard perched above him, on the roof. Theo watches the news reporting his story on television, where they split the screen: on one side, Theo, and on the other, the leopard; as the crowd across the street looks on, Theo views himself as half man, half beast.

Michelle Fost: The leopard on the roof! In Dying Behaviour of Cats, Theo’s rich inner life seems to have become externalized. I wondered if there are writers who were models for you for what you set out to do here. Writers you admire? Can you talk a little about influences?

Marc Labriola: Yes, let’s begin with influences. A lot of my writing begins under it. Writing Dying Behaviour of Cats, it wasn’t “writers” who were influential so much as “books.” I’ll tell you what I mean by that. Theo’s a shut-in, so he becomes an expert on killing time. In one chapter he re-imagines the objects in his house for the purposes of entertainment. He figures out that if he blows into a baritone mouthpiece it sounds like starting a car. Or if he opens the latch of his sax case, he hears a gun cocking. Killing time, he realizes that everything doubles for something else. The most important thing he has though, are books, in particular, abandoned books; books left by his wife Catalina when she ran out on him. The Poetic Edda. Solomon and Saturn. Oedipus Rex. Odi et Amo, and others.

But if you’re looking to place this book in terms of writing style, it’s kind of like Gabriel Garcia Marquez trying to out drink Charles Bukowski.

MF: Cleaver published two of your stories, “Cutman” and “Self-Portrait with Broken Nose.” I wondered how you would compare writing the novella with writing short stories. 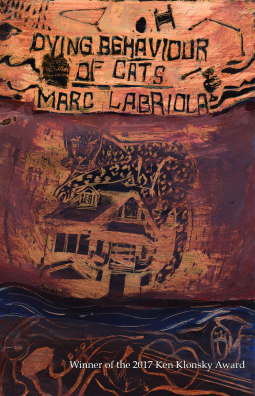 ML: Writing a novella is different from writing short stories because it ruins your life for longer. It’s as if everything in your real life has to answer to the fictional world you’ve created. Sometimes I’m chasing a word or an idea and I’m waiting for the city to somehow leave it in a place for me to trip over. On a street corner or subway car or back alley. It’s like I’m waiting for things to remind me of myself. And then when the city answers back, it’s like finding a man on the street that looks like you. You recognize yourself in strange things. Even simple things you encounter— a cat climbing the fire escape to the roof, a wedding ring beside the tub, a house key lying on the street, an open bathroom mirror, makes you aware that you are touching these amulets of everyday life. When I’m writing, everything has this symbolic weight.

Writing a novella is different from writing short stories because it ruins your life for longer. It’s as if everything in your real life has to answer to the fictional world you’ve created.

MF: Anything that stands out for you about the process of writing or revising the novella?

ML: I didn’t really start the book until I thought I was done. That’s when the real writing happened. The first time I read the manuscript from start to finish was in the middle of the night. And intersections between characters and ideas, that I’d never originally intended, started to emerge. And I cultivated those moments. So you will see strange symbols that unite the book—the colour red, eggs, the crab constellation, Saturn, the saxophone, and of course, cats. The test for truth is the collision of ideas, as if every moment in a story is just a return to what’s true. If that doesn’t happen, you can keep pounding on its chest, but the story won’t come to life.

MF: Are there things you accomplished in the novella that you’re especially pleased with? Any surprises during the writing?

ML: I made a discovery when I decided to eliminate dialogue. Don’t get me wrong, many characters speak throughout the book. But when they speak, their lines are embedded inside the words of the narrator. But then I took it a step further. When the story takes you towards the innermost thoughts of Theo, for example, the narrator too, becomes bewitched by the character and takes on the language of that character. Then when we are exposed to the thoughts of Catalina, the narrator adopts the “language” of Catalina. When you read the book, it forces you to read in this way, constantly moving in and out of the lexis of each character. The best way I can describe my narrative voice in Dying Behaviour of Cats is “demonic possession.”

MF: Reading and thinking about your stories and now Dying Behaviour of Cats, I was struck by a continued fascination with a cluster of themes—violence, masculinity, awareness of the body—and with a surprising lyricism that can develop out of a gritty, often crude surface. Theo from the novella and Andrea and Ben from the stories in Cleaver might be neighbors. Is their world one we can expect you to continue to write about in your next work? What’s next?

ML: It’s very interesting that you say that Andrea, Ben, and Theo, these three ruined men, could be neighbours, because my original conception was for a short story collection where all the characters lived in the same run-down apartment building. But, like a lot of conception, there are happy accidents. Dying Behaviour of Cats is one of those. This small story of a leopard on a man’s roof ended up uncoiling into a novella.

But, let’s talk about violence. You’re right about this cluster of themes. You know the first day I met my editor, he asked me to meet him in a café on the bottom floor of the building where the publishing house is. I knew what he looked like from the photos of him on the backs of his books, but he didn’t know me from Adam. So, I walk in to our first meeting, shoes polished, wearing this light grey Italian suit. And I see him right away. I go up to him and say, “Hi, Luciano?” He turns to me and says, “Holy shit, Marc? Are you Marc Labriola?” From reading my work, he thought I would show up with a split lip. Maybe a black eye. Or with a bottle of bourbon in a brown paper bag. Anyway, I’m telling you this because, yes, the novel focuses on the body, but it doesn’t end with the body.

The first day I met my editor… he turns to me and says, “Holy shit, Marc? Are you Marc Labriola?” From reading my work, he thought I would show up with a split lip. Maybe a black eye. Or with a bottle of bourbon in a brown paper bag. Anyway, I’m telling you this because, yes, the novel focuses on the body, but it doesn’t end with the body.

At one point, Theo tries to see how long he can go without eating, without sleeping, then without speaking. He is trying to break through the boundaries of his own body. The parts of the book that are most focused on the body are all about attempts to transcend it. At one point, after Theo has tried to hurt himself, he realizes that through trying to die, he feels as though he is slowly becoming immortal. That he has been building up a tolerance to death. And I think that’s very true of suffering. The same is true with your comment about masculinity. When you think it is most about the “masculine,” you find Theo searching for the mother who abandoned him, the wife who ran off. Hunting femininity and divinity.

In terms of what’s next, I’m currently writing a novel. It begins when an internationally renowned author dies at 90 years old, and surprises his family by requesting in his will that his body be buried in the little town in Mexico that was the setting for his most famous book. When his body is sent, and the world realizes the true location of his famous novel, journalists descend on the town, intent on discovering if the now cult characters actually exist in real life.

MF: Thanks so much for taking the time to answer these questions, and congratulations on the Ken Klonsky Prize and the publication. Best way to order a copy of Dying Behaviour of Cats?

is a writer living in Toronto. Her writing has appeared in Geist Magazine, The New York Times Book Review, The Philadelphia Inquirer, and elsewhere. She is a book review and fiction editor at Cleaver.