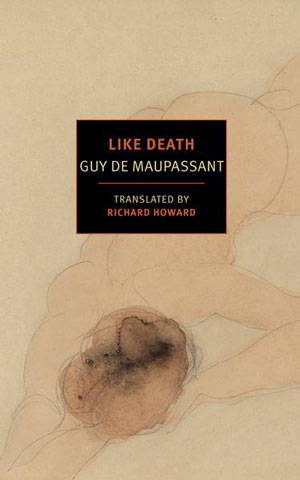 When the modern short story is subjected to the ivory tower equivalent of a paternity test, Maupassant’s culpability is often presumed to be as great as Chekhov’s. Their works featured extensive observations and detailed characterizations that emboldened their literary progeny to think more in terms of character than plot—thus facilitating the bridge from realism and naturalism to modernism. Yet Maupassant’s contributions have been increasingly obscured by Chekhov’s.

Among English speakers, Maupassant—Flaubert’s onetime protégé—is most widely known for “The Necklace.” Noted for its social commentary and characteristic dénouement, “The Necklace” has long been available to audiences outside of France. His novels, however, have escaped such treatment and failed to reach a substantial English readership. Recent translations commissioned by New York Review Books may prompt a shift.

With Like Death, Richard Howard—poet, critic, essayist, and professor at Columbia University—offers a rendering of Maupassant’s Fort comme la mort that, I can only presume, retains all of the lyrical richness of the original, published in 1889. It also offers startling insight into the extent of Maupassant’s influence, which can be found in some of the 20th century’s most seminal works.

Like bookends that support the beginning and end of the 20th century—and rank among the period’s definitive modernist and postmodernist titles, respectively—Marcel Proust’s Swann’s Way (1913) and David Foster Wallace’s Infinite Jest (1996) contain passages that illustrate the nature and breadth of Maupassant’s impact.

In Swann’s Way, the scent of a pastry—a madeleine, specifically—famously stirs the narrator’s memory as he observes the changes taking place within himself:

Undoubtedly what is thus palpitating in the depths of my being must be the image, the visual memory which, being linked to that taste, has tried to follow it into my conscious mind.

Almost 25 years before, in Like Death, Maupassant had suggested this same sequence—a memory triggered by a sensory event:

Bertin felt memories awakening within him… Of varying nature, they rose so rapidly and so simultaneously that he experienced the sensation of a hand stirring the vase of his memory… He tried to find what caused this upsurge of his old life… There was always a reason for these sudden evocations, a simple and material cause, an odor perhaps, often a fragrance.

Nearing the end of the 20th century, Maupassant returns—now as a gift to David Foster Wallace. Quoting is a particular gesture of postmodernism, and Wallace’s work is rife with such seemingly gleeful appropriations. In Infinite Jest, he transforms this, from Like Death:

In the silence of the night she listened to the pendulum of her clock, which with its regular and monotonous ticking seemed to whisper ça va, ça va, ça va.

Joyce, too, is said to have borrowed from Maupassant. While he undoubtedly named the technique known as the epiphany (steeped as he was in Catholic nomenclature), the moments of profound insight, which figure so prominently in A Portrait of the Artist as a Young Man, are often found in the works of Maupassant and are thought to have originated in his pages. Maupassant’s extraordinary influence on 20th century literature should guarantee his work will continue to feel vital to the contemporary reader. And, indeed, it does.

In Like Death, Maupassant’s protagonist—artist Olivier Bertin—has been coddled by the aristocracy since completing his celebrated painting Cleopatra while “virtually in his teens.” He is the most sought after painter in Paris and is never at a loss for prominent sitters. In one of the many salons he frequents, he observes a lady in mourning—the Countess de Guilleroy, wife to a successful, conservative politician. After making it known that he would like her to sit for a portrait, she readily obliges and their sessions result in an affair that lasts over a decade.

As they age, they do so gracefully. Bertin has a full head of thick, white hair, and lifts weights to maintain his muscular physique; the countess, approaching middle age, possesses a “vividness that gives forty-year-old flesh the savor of ripeness…”

While Bertin’s love for the countess does not diminish, he becomes disillusioned with the “turbid and restless undertow” of la vie parisienne and struggles to find inspiration for his works. But even as the artist remains uninspired, the language and imagery of this novel do not. Benumbed by cigarettes and deliberating over his next sketch, Bertin may disregard the “swallows streaking across the space overhead like an incessant flight of arrows…,” but the reader will not fail to savor such descriptions. 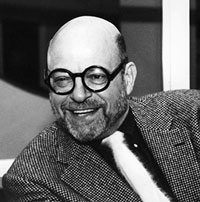 Bertin is only restored when the countess’ daughter, Annette—whom he has not seen in three years—returns from the country to make her debut in society. Annette resembles her mother so completely that their juxtaposition produces in his mind the impression “of two bodies created successively of the same flesh, of the same woman perpetuated, rejuvenated, having become once more what she had been.” Bertin’s affection for the daughter eventually arouses the countess’ suspicions, but he maintains his adoration is merely the product of his love for the mother. When a sudden death results in a scene of mourning similar to the one that precipitated his affair with the countess, the daughter becomes the lady in black—the one whose portrait Bertin is desperate to complete.

Maupassant weaves numerous philosophical distillations into this narrative. Often delivered in smoke filled drawing rooms, these reflections continue to remain au courant—particularly in this, our current age of mindfulness. For instance:

One refuses to understand such a man because one always attributes to others one’s own way of thinking and assumes the likelihood of behavior similar to one’s own in a similar situation.

Or, as adherents of neuro-linguistic programming might say, “perception is projection.”

Yet some of the most poignant and incisive observations are those regarding the nature of love—particularly as subjected to the influence of time. For Bertin, this experience is conflated with his increasing marginalization as an artist. The panegyrics that once greeted him in the pages of Le Figaro are now reserved for newcomers, artists whose exaggerated styles and doctrines leave him frustrated and perplexed. The countess’s daughter too furthers his sense of exile by embodying the youth that begins to flower around him and mark his impermanence:

Here was a pretty little new person, ready for chances and for love, ignored and ignoring, who sailed out of port like a new vessel, even as her mother was returning, having traversed existence, having loved!

The countess ultimately challenges Bertin’s conception of love by making a distinction between his love for her and what she can offer him. While she acknowledges that he loves her capacity to satisfy the “wants of [his] heart” without causing him any pain, he has nevertheless failed to lover her:

In me you love so many things—my beauty, which is fading, my devotion…the opinion the world has of me, the opinion I have of you in my heart—but that’s not me, that’s nothing of myself. Can’t you understand that?

As the aging lovers endure their own, private torments and attempt to reconcile themselves to the disparate effects of time and the growing sense of irrelevance it produces, the countess—having given herself completely—finally acknowledges the source of their grief in conceding, “It’s the fault of our hearts that have not grown old.”

This third translation by the NYRB imprint of a longer Maupassant work is as relevant as it is overdue. Maupassant’s inquiry into time and the nature of love will no doubt resonate with a great many, as his influence persists.