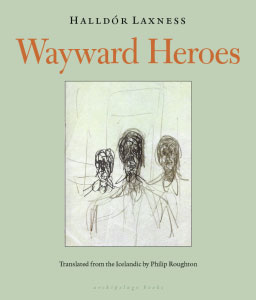 The Slighted, the Neglected, the Sufferers of Injustice, and Sheep

Certain great writers fade from the American memory like condensation from a windowpane. The Icelandic novelist Halldor Laxness—he was once all the rage here—is one. He was considered something of an upstart, a genius, a social novelist, a fellow traveler of Upton Sinclair and Bertolt Brecht, and he often journeyed between Europe and America. A Marxist-Stalinist who was very critical of America, he was once important enough to attract the personal ire of J. Edgar Hoover at the FBI, who worked hard to impoverish Laxness by attempting to confiscate profits from his U.S. book sales, which were considerable.

Laxness’ major novel, Independent People—a long, dense, and brilliantly strange book that one admiring critic playfully summed up as being a book about “Sheep”—was an enormous hit in America even by today’s standards. In the 1950s, he finally disavowed Stalinism after the pogroms in Europe and later he dabbled in Taoism and Catholicism. Another well-known novel is The Atom Station, in which he satirizes the U.S. and NATO for occupying Iceland and seeking to build a military base in Keflavik. Probably around this time (the late 1940s), politicized American readers began to turn away from the deeply reflective Nordic bard who wrote about sheep; but then, in the wake of considerable controversy, he won the Nobel Prize in 1955. He was immortalized. In his Nobel speech, he spoke gently of the influence of his grandmother and

the moral principles she instilled in me: never to harm a living creature; throughout my life, to place the poor, the humble, the meek of this world above all others; never to forget those who were slighted or neglected or who had suffered injustice, because it was they who, above all, deserved our love and respect, in Iceland or anywhere in the world.

I recount this background here because I’ve found that in light of Laxness’ political history, critics tend to brandish political interpretations of his novels as though there were no other way to approach him. Surely, politics can be as much a part of literature as it is of life. And The Atom Station was certainly an overt commentary on American postwar power projection. But Wayward Heroes, the book at hand, is not a geopolitical novel about the Cold War balance of power. I would add, somewhat timidly, that the tome could not properly be called a novel, either.

I loved it by the end—absolutely became addicted to it—but, just so you have fair warning, here’s how it begins, as if, indeed, fog returning to the window glass:

Two are the heroes from Vestfirðir that have gained the greatest renown: Þorgeir Hávarsson and Þormóður Bessason, sworn brothers, of whom, as we might expect, much is told in Ísafjarðardjúp, where they grew up, as well as in the Jökulfirðir and Hornstrandir.

The book goes on like that for 466 pages. Unpronouncible place-names, references to ancient myths unknown to anyone innocent of the Poetic Edda, and tough, straightforward, comma-spliced, driving sentences march you through the icy pastures of Scandinavia, up to Innuit country, then on to medieval England and Europe, and back around again. Laxness is an acquired taste, you could say—one that a writer no less important and highly esteemed than Jane Smiley took on with relish—but once you have the flavor rolling around in your mouth, and you come to understand its sweetness, you crave it. By the end, the nearly five hundred pages were, for me, not enough.

The book cannot be properly thought of as a novel because it’s clear that Laxness intended it to be a retelling of one of the Icelandic myths, The Saga of the Sworn Brothers (the Fóstbrœðra saga). As the old story goes, two preteen warriors, one who as Cormac McCarthy would say has “already a taste for mindless violence” and the other a “skald” with a taste for heroic poems (called “lays”), unite in their desire for booty and triumph and take off to see the world. They are quickly split apart in a humorous situation soaked in pathos (empathetic poet Þormóður saves proud bloodthirsty Þorgeir’s life, and he is none too pleased about it), and the book goes on to recount their separate adventures.

As is tradition in the telling of a saga, the narrative often splits off to follow, say, Olaf the Stout of Vestfold for many chapters, or King Æthelred the Unready, and there is much reference to how the often magical-realist events are, of course, entirely historically accurate—don’t doubt it!—since they are taken from very, very old books (“Most sources say …” “Gotland books tell of how …” “Learned men have often noted …”). Laxness does this kind of thing with a smirk, following closely the traditional saga format while casting the patina of gentle, almost invisible satire of an educated Modern over his utilitarian sentences.

There is much that is humorous here but, like all real humor, the laughs stand foursquare on a foundation of heart-wrenching pathos. Another critic informs us that the original Icelandic title of Wayward Heroes can be translated into English more literally as, simply, “Heroica.” This title is more apt. The book, as Laxness has conceived of it, is not really about the titular heroes, but rather a commentary on so-called heroism itself; the true focus of the book is someone else altogether—that someone whom Laxness’ grandmother felt needed to be placed above all others: the peasant. The commoners. The sufferers of injustice. The sheep.

Those subjected to the jackboot of heroism are everywhere struggling against the incursions of these so-called heroes, rebelling, spitting back, loving each other, taking in the sick, and appreciating poetry. Take just one speech as evidence, given by Kolbakur, the Irish slave attached to one of the love interests of Þormóður, who, when asked by the girl why he does not cry since he is a slave, replies:

“I do not cry because heroes and skalds burned down my house; because they slew my father in this field and thrust a spear through my grandfather, just a frail old man. My grandmother was on her knees praising her beloved friend, the blessed Columbkille, when a man bashed in her skull with a blow from an ax. That is why I do not cry. Then they took my infant brother, unwound his waddling clothes, and tossed him naked between them on their spear points. My mother and my young sister, they dragged wailing to their ship. And that is why, young woman, I do not cry.”

The suffering of ordinary people represents the emotional heart of the book. All throughout it, as our heroes and their kings (whether Christian, pagan, or otherwise) wreak often funny but always bloody havoc across northern Europe, the common people emerge as not just victims but the only truly moral force in the ancient world. Toward the end, Laxness ties this tendency of the ethical rabble to the origins of Iceland as a nation:

The ragamuffin says: “It cannot be denied that when Harald Tanglehair set Norway aflame, we betook ourselves west and made ourselves Icelanders. This we did because we had no desire to associate with men who allow themselves to do battle and murder for money. We took no possessions from Norway apart from the lore of the skalds, warriors, ideals, and tales of ancient kings.”

This is, more or less, historically accurate. When Norway was at the top of the heap all those centuries ago, they waged bloody war on any innocent land lying around. The original Icelanders, the story goes, fled to a difficult, undesirable landscape of ice and rock in order to live in peace. There, while tending sheep and living under the midnight sun, they composed a range of myths and folklore in the form of poetic sagas that has become central to global literary history. So much for you warriors and your heroics. We, the People, have our skalds and our lays.

Is that a political statement? Partly. But is it geopolitical, having to do with Cold War antipathies and Marxism? No. The book’s central concern is the basically moral heart of community life, the essentially destructive force that is humanity, and the ways in which history retards our language, our connection with beauty. Religion, war, tradition, these are all ruthlessly poked fun at here. What survives, Laxness seems to say, should be poetry, art, love, brotherhood. But in the end, not even these find a place, since they have been perverted by power and bloodlust and greed. In the poignant final lines of the book, when King Olaf asks the poor poet to recite to him that great poetic song of warrior-heroes, the defeated and bedraggled skald, wandering off, replies only: “I can no longer recall that lay.” 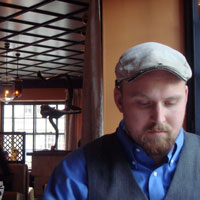