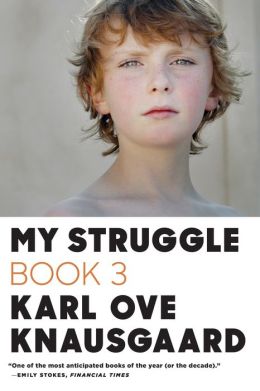 Pot of Gold at the End of the Rainbow

If all one reads is Proust, it might be easy to forget that some young boys—a lot of young boys—are really fascinated with the body and its messy, abject creations: excrement, urine, semen, saliva. What a relief to see that Karl Ove Knausgaard is, at least in this respect, less Proustian than the great hubbub would have it.

You have probably have heard of his six-volume memoir-novel, My Struggle. Most famously, Zadie Smith, in a tweet, called it her “crack.” The third volume, Boyhood, translated by Dan Bartlett and published in London earlier this year, has, thanks to Steerforth Press, finally arrived here in the states. This installment takes readers back to the childhood of the narrator-protagonist, roughly from when he is eight to twelve years old. The plot, such as there is one, is picaresque: young Karl Ove’s adventures with his friends. It describes his early intuitions of history, and his discovery that his parents were real people.

There’s an early scene that very quickly establishes Knausgaard’s seemingly effortless skill. Young Karl Ove and his neighborhood friends decide to follow a rainbow in search of its pot of gold. They traipse into the forest up to a small crag to where the rainbow’s arc would have stopped. There is no pot of gold. But they all need to urinate, so they do, into the open air past the cliff. All except for young Karl Ove:

Piss outdoors when Dad was down there and might be able to see? Leif Tore was already out of his water proof pants and fumbling with his fly. Geir and Trond had taken up positions either side of him and were wriggling their hips and pulling down their trousers.

Afraid of his father finding out, young Karl Ove watches their impressive arcs of gold from a near distance. 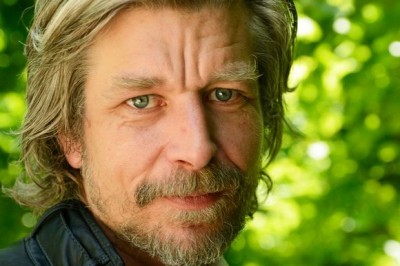 Knausgaard sets his sights on treasures that the novel generically holds—adventure, discovery, epiphany—and shows them for all their quotidian transience—a boring walk through the woods, say, or a bowl full of corn flakes. But somehow, in the vividness of his descriptions, these little moments have surprises of their own. In a cloud of smoke—or steam—they come to mimic the anticipated treasure—and not only the treasure, but the map used to find it. That these moments lack glamour is part of the appeal, and readers seem to find these accounts of memory highly relatable.

But what about the unrelatable elements of the novel? Because those do exist. Throughout the books, and especially in this one, Knausgaard describes his justified hatred towards his father. But in this book, his father also utters the wisest line in the more than four hundred pages. While chopping wood, his father asks him about his teachers at school. The child describes his favorite. His father responds:

“Since you say she’s nice, there must be someone who isn’t nice. Otherwise the word loses all meaning. Do you understand?”

It’s worth speculating on the unspoken comparison lurking alongside, and indeed, sustaining the urgently reiterated greatness of these books. Young Karl Ove thinks about it quietly. His father leans over for another piece of tinder. Karl Ove hears him fart.