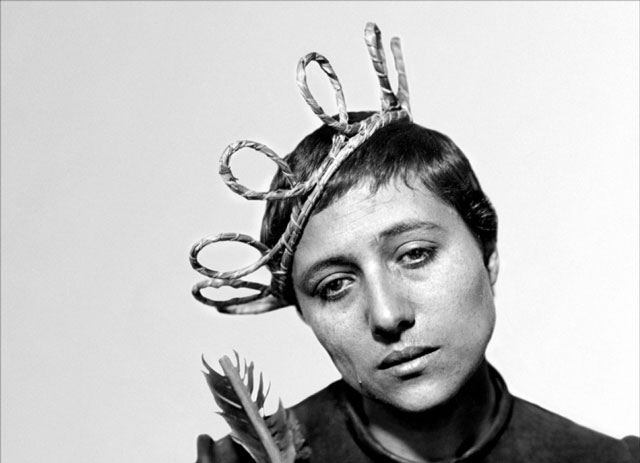 The piercing, relentless buzz rises and falls in pitch. It starts and stops for only a moment, before resuming again near the upper corner. I have been cared for in this same room for nineteen years now, I think. It is difficult to say for certain. Most days are like any other, except for the weather, which changes almost daily here in the spring. Raindrops tap gently on the unbearably narrow window. On days such as this, I am not permitted to go into the courtyard. I try, through the aggravating buzz, to focus my eyes on the stark, white ceiling in order to again project mental images of my memory of Dreyer’s La Passion de Jeanne d’Arc: the questions of the tonsured judges, Joan’s responses, the exact words of a simple county girl, not in armor on a field of battle, but in the simple garb of the lunatic, filmed as if lifted directly from the intricate script of medieval France.

I swear here to tell the truth as I remember it, ignoring those pictures that rely upon speculation or solely upon imagination. I first must assert that I do not believe the others in this place know or they do not care to know of the Fifteenth Century world to which I have returned so long ago. Medications, observational notes, and sleep and wake times, are all they seem to care about. In my solitude, I can feel the soft brush of the floral tapestries with scenes of the hunt of fox or boar, the arming of knights by young ladies with slender and awkwardly leaning bodies. I lie on the bed, observing the rainclouds, contemplating my clothes. I wonder that I must dress as neither a man nor a woman, often only the robe an angel would wear, I suppose. I imagine Michael descending to Earth enrobed and I doubt whether I would dress any other way if it were left to me.

I return my attention to the movie screen I have created above my head, where I notice the first fly land briefly on Mlle. Falconetti’s face, as Joan was questioned about her need for the Church. Should one who has gained her salvation by doing God’s work require the instruction of man? Once the Lord in his glory has promised to keep my soul, there is no longer reason for prayer, the mass, or confession. I hope personally for my redemption, but I know neither the day nor the hour, nor if I may already have it. It must be assumed that the fly of La passion fell rigid to the floor within days after the scene had been played if it were fortunate enough to evade the judgmental swatting of the director’s assistants; it led a life preserved by Dreyer, but the actress dismissively brushed it away, and neither could control it.

Did that second fly that landed briefly on Falconetti’s face as she lay on the cinematic bed return off-camera to drink momentarily of each theatrical tear, to nourish generations to follow as she knelt painfully on the stone floor? Perhaps maggots of the flies that visited Saint Joan, feeding on the bodies of those slain in the siege of Orleans, gave birth to flies who, tens of thousands of generations later, begat maggots feeding on the discarded scraps of Dreyer’s film crew and they, in turn, gave birth to flies who, thousands of generations later, perhaps carried on a merchant ship from France, resulted in this fly that speeds past my eyes, though those monitoring me keep the building secured so tightly that I cannot imagine how a fly would enter or where a maggot would feed.

That fly that flew both left and right before Falconetti’s face as the smoke rose before her was, perhaps, overcome and killed in the same manner as Joan, choked by smoke and singed by the rising flames, its body becoming an ember, floating through the boiling air, but I can only speculate, because the fate of flies is never certain. C’est la façon de mouches. We find them desiccated on the windowsill and wonder at their possible attempted escape, though the truth is that they have been given no more than a month to live, and I believe that they are aware of how soon they will perish. If that should be true, then to such similar loathsome creatures they are martyrs—messengers that hear the words of God and send them to our ears. 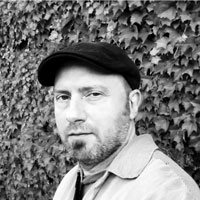 Steven Anthony George is a poet and short story writer who resides in Fairmont, West Virginia. He finds inspiration largely in historical events, visual art, and film. His work has appeared in several online and print journals and is also forthcoming in the anthology Diner Stories, to be released in late 2014. He is active in the autism community and often speaks on the topic of self-advocacy. Visit his website at www.stevenanthonygeorge.com.