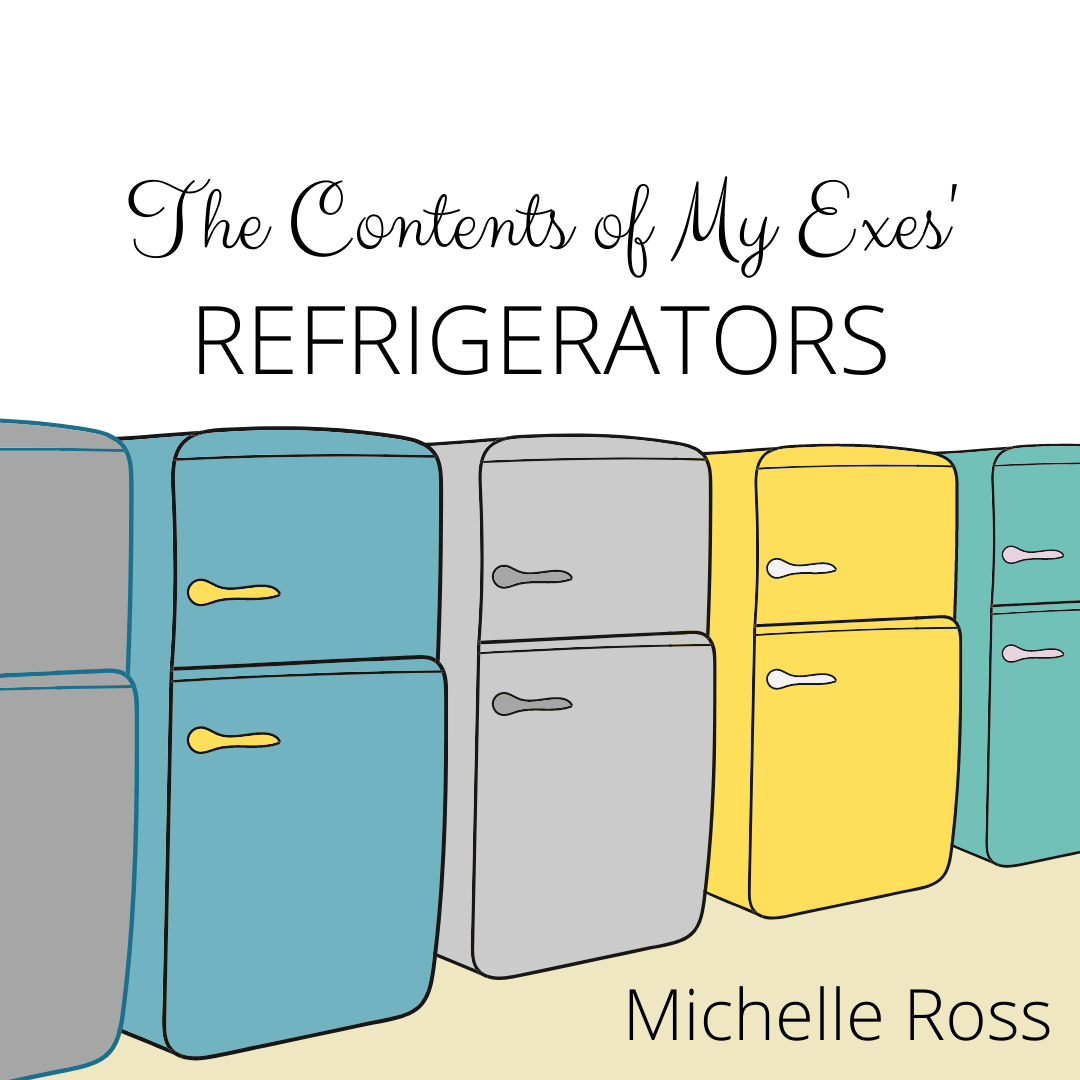 THE CONTENTS OF MY EXES’ REFRIGERATORS
by Michelle Ross

It was a mini fridge, so not much. Also, it was college, so mostly beer most of the time until we drank those Heineken, one by one winnowing down to whatever else remained: a package of sliced extra sharp cheddar; a Yoplait with its silver, reflective seal that you peel off, making me think of Andrew’s tube of anti-itch cream; a crinkly plastic bag holding a few wrinkled, mushy green grapes. “Are you going to eat those?” I asked him that afternoon. Unless we were making out, I sat on Andrew’s desk chair. His bedding left a slightly sour smell on my skin. “I might,” he said. “But they’re mushy and gross,” I said. “Some of them might not be,” he said. “Even if some aren’t, they will be soon because of the company they keep,” I said. Andrew plucked one of those mushy grapes from its stem and told me to open my mouth and catch. I turned so that it bounced off my cheek.

Always there was at least one saucepan. If the saucepan was small, plastic wrap stretched tight across the top, held in place by a rubber band. If the saucepan was large, it was sealed by its glass lid, which wasn’t airtight, Jorgé lamented, but he didn’t have a rubber band that could stretch that far. In those saucepans, there might be French lentil soup with softened onions and carrots, mushroom risotto, a chunky stew, or sweet potato gnocchi he’d made by hand. When I tried to help him cook, he snatched up knives and spoons and various ingredients because I was “doing it wrong.” This was when I lived in Minnesota for a couple of years, the winters so cold that except for school (me) and work (him), we hardly left Jorgé’s apartment. Jorgé grew his own mushrooms in that apartment—inside a hall closet that he’d dedicated to that pursuit. My first visit, when I opened that closet door by mistake, looking for the bathroom, Jorgé freaked. The next time he invited me over that door was duct-taped, and it remained duct-taped all the time we were together.

Swampy green juices in glass jars. At least two kinds of beans. Something approximating the name of an animal though it was not animal: tofurkey, ground be’f. Max was a fitness instructor, a thing I liked about him until I didn’t anymore. He was always beginning sentences with, “I’m really into” as in “I’m really into functional strength” or “I’m really into eating to live rather than eating for pleasure.” As much as Max liked to talk about himself, I didn’t really feel I knew him at all. He was like those juices in his fridge: stripped of fiber, stripped of anything solid.

A refrigerator like a time capsule, the way it recalled my childhood refrigerator: white sandwich bread, packaged deli meat, condiments, pickles, peanut butter, jelly, a head of iceberg lettuce. “What about vegetables?” I said the first time I opened Derreck’s fridge, and he opened the freezer and pointed to frozen stir-fry mix, frozen corn. Staring into that refrigerator, I said, “What about pleasure?” and Derreck said, “What are we talking about exactly?” I’m not sure “ex” is even the right term for Derreck. I slept with him no more than five or six times. He’d take off his shirt, and I would envision that loaf of sliced white sandwich bread nuzzled next to a gallon of white milk on the top shelf of his refrigerator. That was another thing about Derreck, he drank milk with dinner, like a child.

Noah’s refrigerator was the most beautiful, most immaculate refrigerator I’d ever seen—the fridge of my dreams. It had a clear door so you could browse without wasting energy. Its contents were as organized as the books in a library. Noah was a meal prepper, so there were always healthy, macronutrient-balanced, ready-to-eat meals stacked on the second-to-top shelf: salmon with mango salsa, roasted chicken with broccoli, breakfast enchiladas. On the third shelf from the top were little glass containers of berries with measured servings of yogurt, carrot sticks with hummus, no-bake energy bars Noah had made himself. Unlike the contents of a library, though, Noah’s food was not for sharing. When he emerged from the shower one afternoon and caught me eating one of those yogurts with berries, he said, “That was my mid-morning snack for Thursday!” I said, “There’s a lot of food in here. Can’t you snack on something else Thursday?” Noah explained, once again, that he planned every meal and snack for the week out on Sundays and that there were no spares. “Well, that sounds like poor planning,” I said. “There should always be something to spare. What about emergencies? What about me?” I offered to buy him a carton of yogurt and a pint of berries to replace what I’d taken. He said, “There isn’t room for your stuff in my fridge.”

Trey is not an ex, but my brain can’t help but look for the details that will define him if he ever does become an ex. His sourdough starter, maybe. The way he talks about that sourdough starter—“I have to feed my sourdough today”—like it’s a pet. He stores that starter in an unmarked container in his fridge, and inevitably, I open the container looking for food only to find a bubbly, gooey glob. However, if I were to make a list of things I love about Trey, that loaf of sourdough he bakes every Saturday morning would make the top five. When it first emerges from the oven, it’s so hot, I have to hold that loaf steady with a paper towel when I slice into it so I don’t burn my hand. The way the salted butter submits to that bread. Like a lover, I think. I would seriously miss that bread. 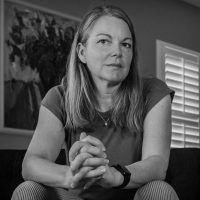