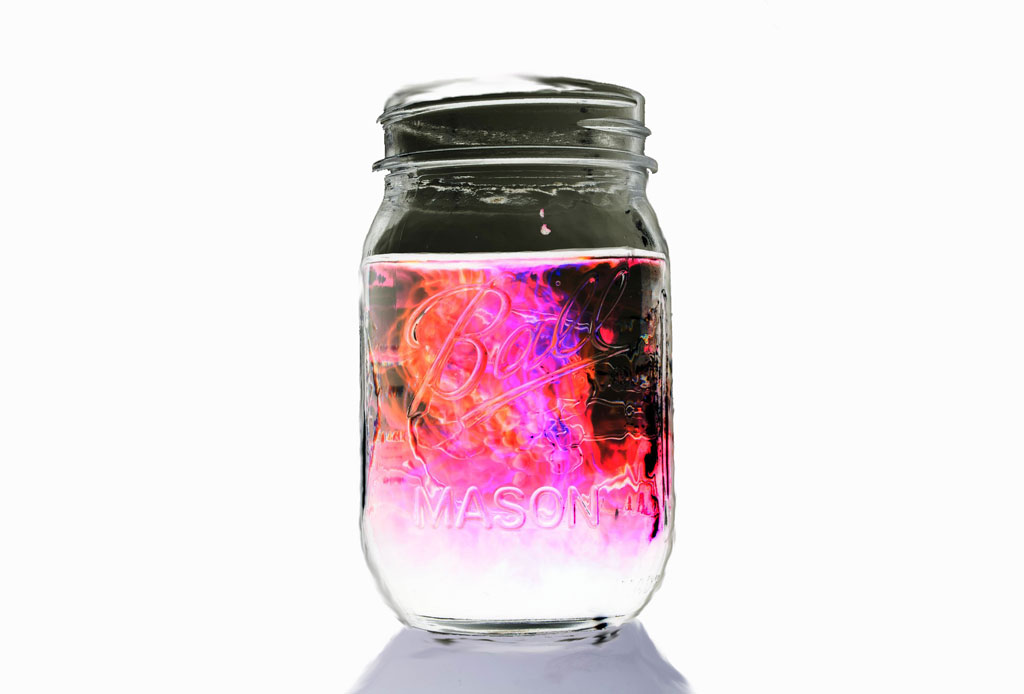 On the Mason jar, she pasted a product label so as not to create any bubbles beneath it. The jar was made of extra-thick brown glass that distorted vision like coke-bottom spectacles. The label thus enabled the public to quickly pick the one they wanted. She was proud of her job. She put the jar back on the conveyor belt.

Nine other women, each in a white plastic coverall with a hood, stood alternately on both sides of the line, labeling. A procession of jars came rolling down the belt at random under a row of incandescent lamps hanging low from the ceiling.

She was in charge of audacious jars. She hesitated on her first day.

“How can I tell which one is audacious?”

“You just have to look at them,” the Chief said.

So she kept an eye on jars that had an air of audaciousness—the jars that aroused a sense of intimidation in her gut—and labeled those. No one raised objections or complaints about her work, which gave her great confidence. The women before and after her were responsible for jars that were optimistic and persistent, respectively.

Each Mason jar barely fit in her hand and its weight put a burden on her wrist. Through the thick dark-colored glass the substance looked like either boysenberry jam or a lump of dead bugs. She never knew or cared what it was filled with. Her allegiance had given her a Crown status among followers of the President. She was employed for his priority project and that was enough for her.

She held up the next jar and saw something unusual about it. Under the metal lid embossed with the emblem of a baby hawk, a crack was running straight down to the bottom like a white hair. The gap was very thin but gave a glimpse of the material within. An iridescent fluid was swirling around, shining like a glitter ball at a party packed with people. She could have cracked open the jar to probe inside. Alternatively, she could have smashed it on the floor, exposing the contents, mixed with a thousand shards of glass. The Chief would have rushed in, blowing his silver whistle, and a slight commotion would have ensued, but she was not a timid person. Nonetheless, she pulled out one of the labels from the stack at hand. The large square label was framed by a double black line with a slogan “We Are the No. 1 Brand!” above the category name at the center. She covered the surface with the label so that the fissure was forgotten. She placed the audacious jar back on the rubber belt that kept clattering on rollers. Each Mason jar perfectly fit into one of the classifications assigned to the factory workers and none was left behind without being properly labeled. 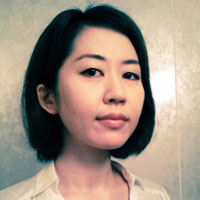 Yuki Yoshiura currently lives, translates, and writes in Tokyo. She grew up in Japan, attended an American Studies MA in New York City, and tends to wander around the world, real and imaginary. This is her first published fiction.