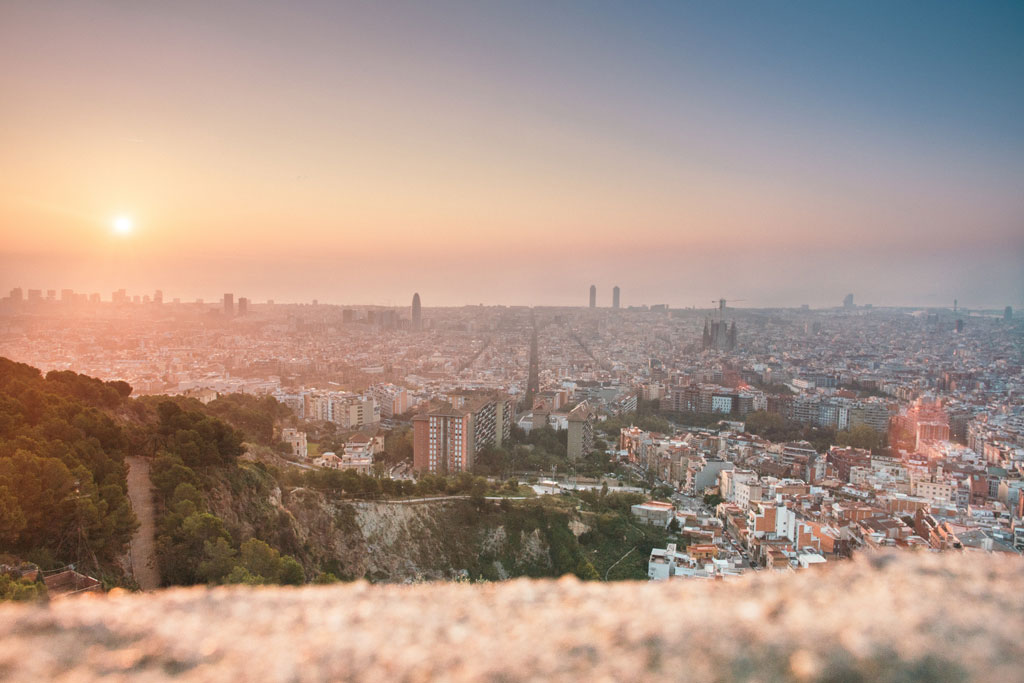 BARCELONA ON A SATURDAY
by Nicole Baute

Over dinner the Brazilian painter says she doesn’t believe in time, or maybe she says she’s skeptical about the measuring of time—I can’t be certain as we meet haltingly between languages. We are painters and photographers and musicians and one writer, me, in a crumbling Catalonian farmhouse at the foot of a mountain that looks like a pile of noses.

We are broken and wanting, drinking red wine until sunrise, some of us not sleeping at all.

I’m the serious one until the night I drink a shocking amount of sangria and dance like a Fraggle in an actual cave. Later, Javier asks, “What do you do with all that energy? Where does it go?” I’m not a great swimmer and as a child I broke my face on the ice trying to skate—hell, I broke my arm on the couch trying to stand—but when music hits me in a certain way I’m light through a prism that cannot be stopped.

I thought Catalan was a Spanish dialect, but it is closer to French or Italian and in town they speak it with pride. After a few weeks the women who run the flexitarian restaurant with the brightly painted chairs start calling me “guapa,” which is not Catalan but Spanish, and I think, we should tell people they’re beautiful all the time, in all the languages. Why don’t we do this?

Somehow, Spain is halfway. Canada is home, and my husband and cat and all our belongings are in an Indian city that makes me sick and sometimes crazy. We wanted to have a baby but I don’t feel safe there, where the air is toxic, where the hospitals are unpredictable.

The body listens to the head.

Still, I feel I’m an adult now, for the first time, at thirty-four. A person of no clear country, writing alone in a bedroom in El Bruc. Morning sun on my face all I need.

On a Saturday I go to the city to see Picasso. I stop for coffee and watch the barista give a bag of day-old bread to a man with a suitcase and a bed roll and a little dog afraid of everything.

The museum is a series of medieval houses with courtyards, all attached in mysterious ways. It’s a relief to see how long it took Picasso to become Picasso. There is a tiny sketch, “The Artist’s Eyes,” from Paris: a few lines of clean fire. And another, a gored horse with an infinite neck reaching to the sky.

Time happens, and I know there’s a certain power in my hips, my height, my stride. I wonder where it goes when I shrink, I thicken, I slow.

When Monet was obsessed with his water lilies, he wrote to a friend that despite his advancing years he would continue to try to render what he feels. But Modigliani is my favorite; my heart understands the black slits of his eyes. He died at thirty-five, leaving his portraits behind.

I’ll turn thirty-five this year, and until now I’ve hidden my work. In computer files, in emails to myself, in dreams.

But Picasso. Those mad planes of color. Shapeless pigeons and geometric breasts. The human figure split open like an egg. I refuse to experience the gallery in order. I move forward and backward through births and deaths, through successes and failures, through the blue period and the rose period and the period where everything mixes into a mucky brown. I wander the museum for two hours or maybe two years and when I finally leave I am two inches taller. 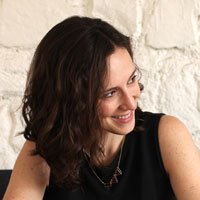 Nicole Baute grew up in rural Ontario and currently lives in New Delhi, India. She recently won the 2018 Pinch Literary Prize for Fiction and came in third in Wigleaf‘s Mythic Picnic Prize. Her short stories and essays have been published in Joyland, River Teeth, carte blanche, and elsewhere. Nicole teaches creative writing online at Sarah Selecky Writing School and is pursuing her MFA at the University of British Columbia.