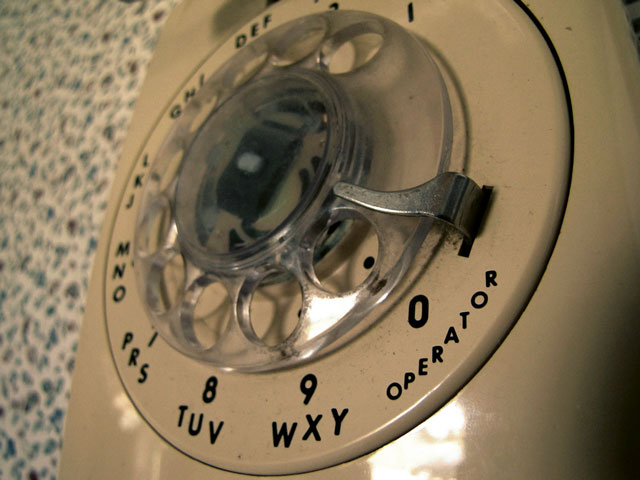 About once a month—not often enough, but still—her mother had taken a damp towel to the phone receiver. She pressed the threadbare cotton into the grooves of the earpiece, erasing the nights of sticky sweet teenage grease.

Long after the girl was gone, there were still signs of her all over the room: the scuffs on the rungs of the stool next to the phone; the flakes of chipped nail polish; the linoleum, sloshed with juice from dishwasher-faded plastic cups, where she’d sat in the dark because it felt more private. Footprints on the cabinet doors under the sink from soles propped against them while splayed across the floor on her back, feeling the cool tile. A weak cord that had been unspooled and rewrapped around fingertips a thousand times.

Theirs was the only house they knew without a cordless phone. Instead, a tether.

When her father finally left, the girl watched her mother take the bottles of liquor from the cabinet beneath the sink and pour them down the drain, one by one. A few years later, when the girl’s own marriage caved in on her, she drove the six hours straight home and spent most of three whole days on the kitchen floor, pressed against the dishwasher, waiting for it to gently whir and pulse against her back. Every few hours, her mother handed the girl a new bag of frozen vegetables to hold against her face.

She hadn’t been back to that kitchen, that house, since she ran off with that boy and changed her name and swore up and down that she knew what she was doing. But this was still her territory. She gingerly covered her stinging eye and glared at the cracks and stains that made her embarrassed to be there. But her silence was her mea culpa, the frozen vegetables her mother’s olive branch. The ringing didn’t stop, in her ears, on the wall.

After a while, her mother just unplugged the phone. 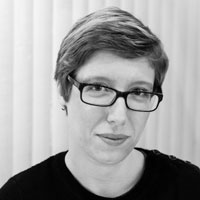 Lisa Rowan is a writer and editor living in Washington, D.C. She’s also the co-host of Pop Fashion, a weekly podcast that discusses fashion, culture, and creativity.