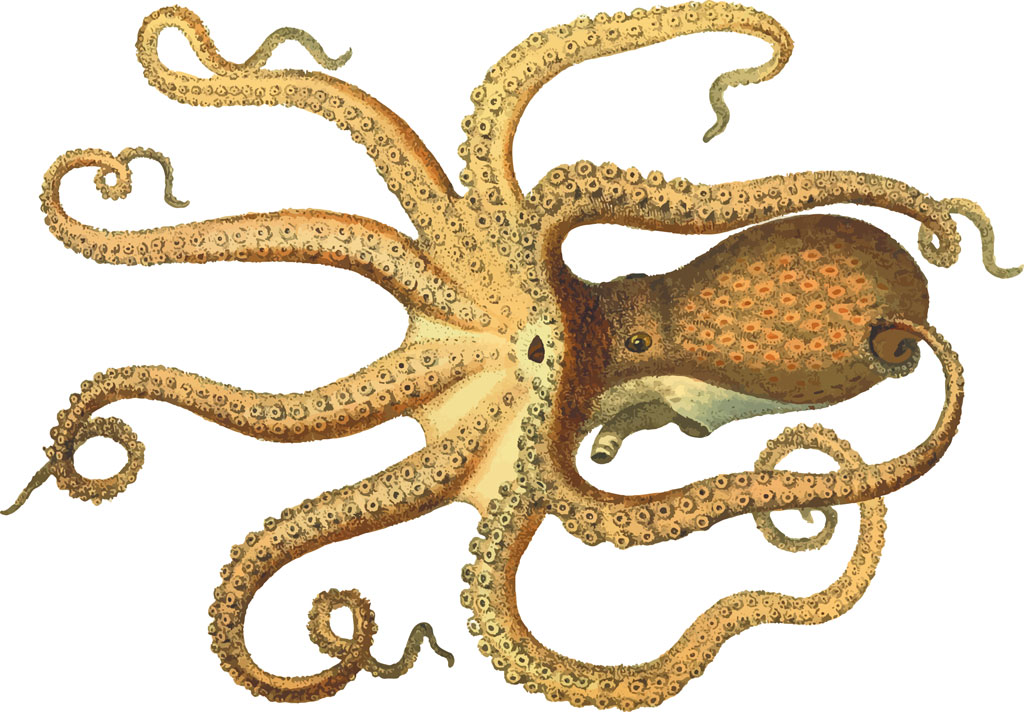 It was midnight or a little after when the octopuses emerged from the ocean. They were doing it all along the beachfront. Suction-cupping their way away from water. Their bodies like a curtain’s hem, fluttering in the foreign air.

We picked them from the sand and watched them deflate and reinflate. Their eyes were opal. We felt them slip and slither through our palms; they were each only about five inches in diameter. You could fold them into your pocket like a handkerchief.

On the third night, there were hundreds. A gang of octopuses. We counted as many as we could and we checked for signs of injury. They were perfectly healthy, though. No reason for their mass suicide. I gave you a tissue to wipe your eyes, but you were inconsolable. And angry. I don’t know why you were angry. We’d driven all the way from Caernarfon; you staring at the castles as they slipped by, concealed mostly by hills and woods; me watching the road.

“We could save them,” you said, shining your torch into the void.

You plucked a small one from the sand and ran with it down to the beach, holding it like a precious piece of silk. At the water’s edge, you threw it into the shallows and watched it bob in the waves.

Each undulation brought it closer to shore.

“They just come back,” I said, and you stared at me hard.

In the car, we listened to the radio. I ate a cheese sandwich, and you ate nothing.

“It’s not senescence,” I said. “They’re healthy, young even.”

In your lap, the little octopus wriggled its tentacles, one eye fixed and cloudy. Open. Completely open. 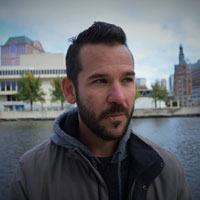 Jonathan Cardew’s stories appear or are forthcoming in Wigleaf, Cream City Review, Passages North, Superstition Review, JMWW, People Holding, and Atticus Review, among others. He is the fiction editor for Connotation Press and contributing books reviewer for Flash: The International Short-Short Story Magazine. He recently won the Best Small Fictions Micro Fiction Contest. Originally from the UK, he lives in Milwaukee, Wisconsin.