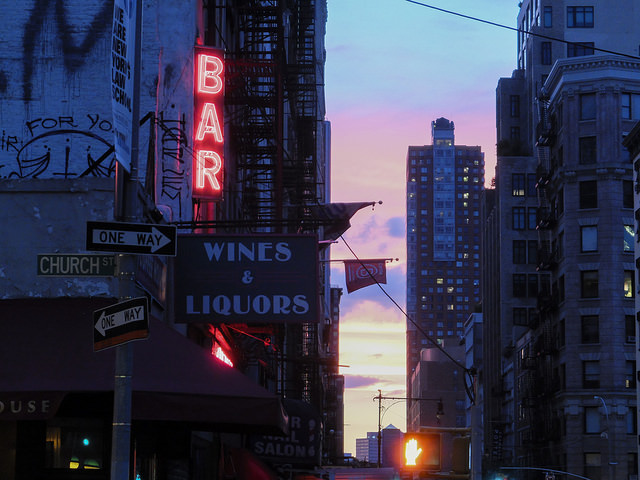 IN THE HEADLIGHTS
by Agatha Hinman

When he first hears the baby is coming, that she is pregnant and already showing, he leaves second shift at the hospital early and drives up the road thirty miles to Greeley’s bar, where no one knows him, and if they do it’s probably too dark in there to see him. He downs two whiskey sours, takes the beer to a table for sipping. He sees through the plate glass a blue light blinking anonymously—he can’t see the neon sign itself. Up and down Highway 101 headlights blur in the drizzle.

He’s going to be a father, an “actually the real-father” as in “you know so-and-so is actually the real father.” A real-father says yes when asked if he has kids, because, dammit, he does. He’s heard lots of back-and-forth about who gets to call himself daddy later, when the kid is growing up, but he knows, and no one can take it from him.

Would she ask for money? He hasn’t much. She might think it isn’t worth it, because she always hates to ask for anything, even what she’s entitled to. He’ll send some. Then again that might start something he’ll be sorry for later.

He knows a few of these real-fathers, so he can see what’s coming pretty good. How when the baby’s born, he’ll buy a stuffed panda bear and leave it on the step; how now and then he’ll get mad and demand to visit his child (when he’s been drinking); how if he can’t he’ll get into a fight with the mother. How you have to make an effort to show you’d like to step up, but not enough to raise hopes that you ever can. How after a while, he’ll quit his job and move away.

He leans forward, resting his forehead on the glass. The drizzle has stopped. He watches how the headlights get brighter and brighter as they get closer, and he tracks them one at a time, how just when a pair gets so close, it zips by and is gone forever. 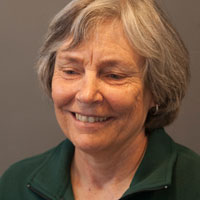 Agatha Hinman is originally from rural Mendocino County in Northern California and now lives in Oakland, California. She graduated from San Francisco State University with a B.A. in English in the 1960s. She works with a health research team, editing research manuscripts for submission to science journals, and has co-authored several science articles. Her creative writing moves back and forth between short fiction and a novel, and reflects the mix of her country childhood and urban Oakland.