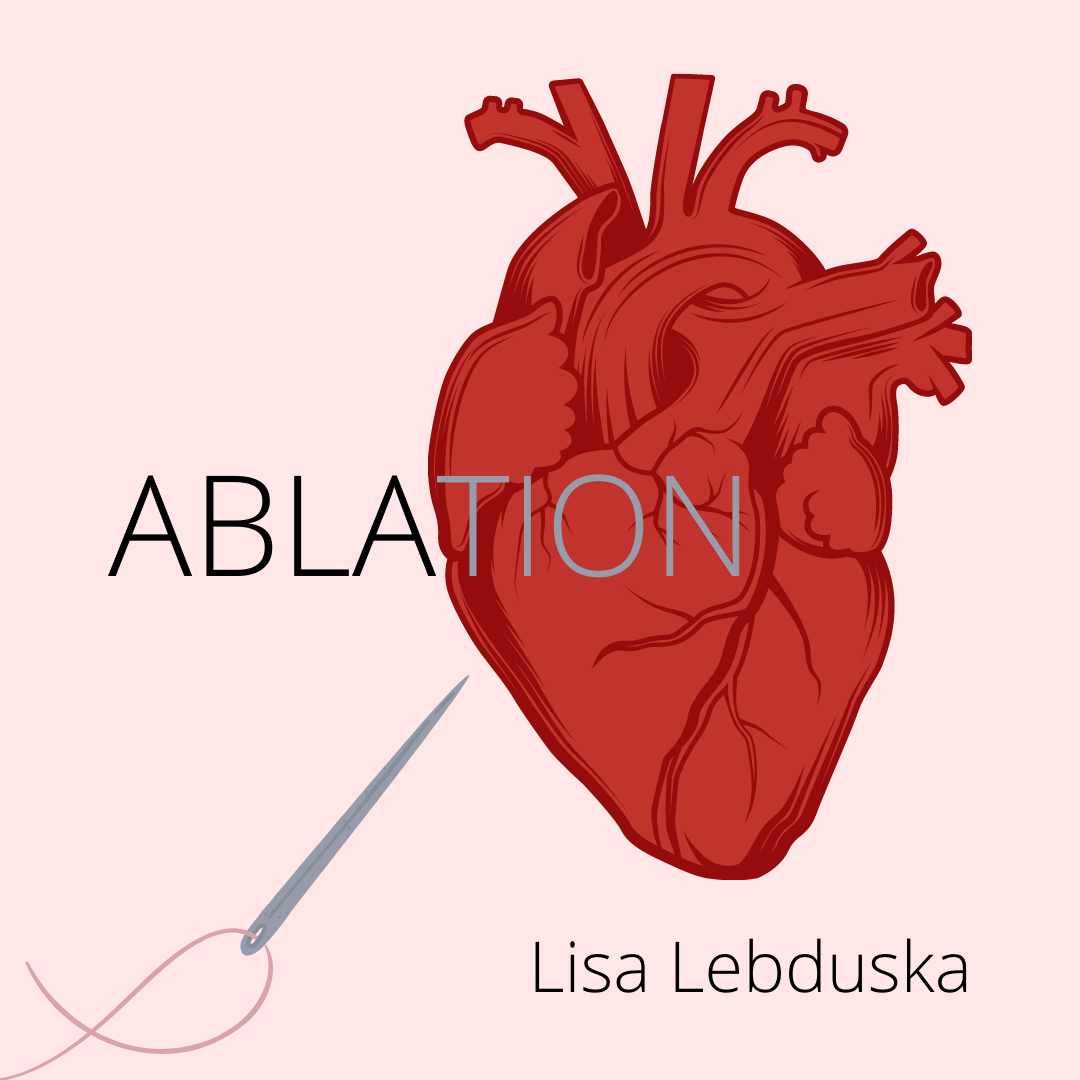 Faced with a choice between freezing or burning, my mother chose burning. Her decision surprised me because she hated Florida, where she had never lived, and she hated summers in New York, where she spent July and August with a crochet-edged hankie tucked behind her ears to catch drips of perspiration.

Never known for her tractability, my mother, daughter of an odd-jobs man, had a heart that insisted its own wild beat, and a passion for cheesecake, chianti, and despising my father, who had, as she put it, “traded her in for a newer model” at the age of sixty-five. The cardiologist diagnosed her with both tachycardia (beating too fast) and arrhythmia (irregular beating) and prescribed a phalanx of pills to block the renegade signals in her atria. Over time, the meds stopped working. “She’s breaking through,” her cardiologist said. I pictured her driving a motorcycle through a barn-sized paper ring. “She has to be ablated,” he added.

The cardiologist narrated the procedure in the third person, as if neither of them would be involved: The patient will be mildly sedated. The doctor threads a needle through the groin and triggers an arrhythmia, so that he can identify misfiring cells and destroy them, by either freezing or burning.

Like “Fire and Ice” I thought. The end of the world.

The doctor looked to me for back up. I faltered. How could I urge her to lie awake while a stranger pierced her heart with a wire until it trembled?

I put her on the phone with my doctor brother, who had been following her condition at a safe distance.

“A heart attack might not kill you,” he reasoned. “You could have a stroke that incapacitates you. Please, Ma,” Stephen said. “You’ll have it at my hospital, with someone I know. Do this for us.”

“OK,” my mother bargained. “If you’ll stop cutting the cake so thin I can read the newspaper through it.” We agreed on summer, when I had a more flexible work schedule and she could convalesce outside. I stocked her refrigerator with low-fat milk and roasted broccoli.

“Go home. You have your own life to lead,” she said, touching my cheek. Her hand was thick from years of labor but still soft and dimpled like a baby’s. I left wondering where the line fell between my life and not hers. Did other people slice away their loved ones with surgical ease?

A month later she called. “It’s a sign from God. No sheesh-ka-bab.”

Eyes swollen, skin scarlet from scratching, and blisters weeping from her cheeks to her ankles: a raging case of poison ivy.

“She made a salad with it,” my husband offered.

Over the phone my brother shouted that he was resigning as her personal physician and cancelling the procedure.

I felt the same relief that twists through me when I find a sprung mousetrap and no corpse. She had escaped our best intentions.

Two weeks later, my mother’s heart rate spiked to 232 beats per minute, landing her in the Emergency Room.

We arrived to find her propped in bed, pink-cheeked and complimenting the nurse’s manicure. “Have some applesauce,” she said to me.

“You have to have the operation. This will take care of everything. I’m sorry,” I added.

I waited on a hard chair in a dim room. When it ended, they brought me to her. “We got it,” her cardiologist said.

My mother looked up at me, dazed. “They gave me the sheesh-ka-bab.” As the sedative wore off, she whimpered, and I gripped her baby hand.

A year later, my mother’s internist suffered an incapacitating stroke, and his family sold the practice. I did not tell her.

My mother never had another palpitation, though afterward she said that her heart wasn’t firing right. “Something is missing.”

When meteors enter the atmosphere, friction usually ablates them before they can reach the Earth. We need to understand this, or we will squander our days like errant signals, running amok. 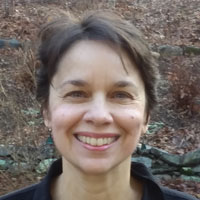 Lisa Lebduska directs the College Writing Program at Wheaton College in Massachusetts, where she teaches courses in expository writing. Her work has appeared in such journals as The Forge, Lunch Ticket, Writing on the Edge, and The Tishman Review, among others. She lives in Salem, Connecticut, just around the corner from Devil’s Hopyard, where she and her husband enjoy hiking with other people’s pets.