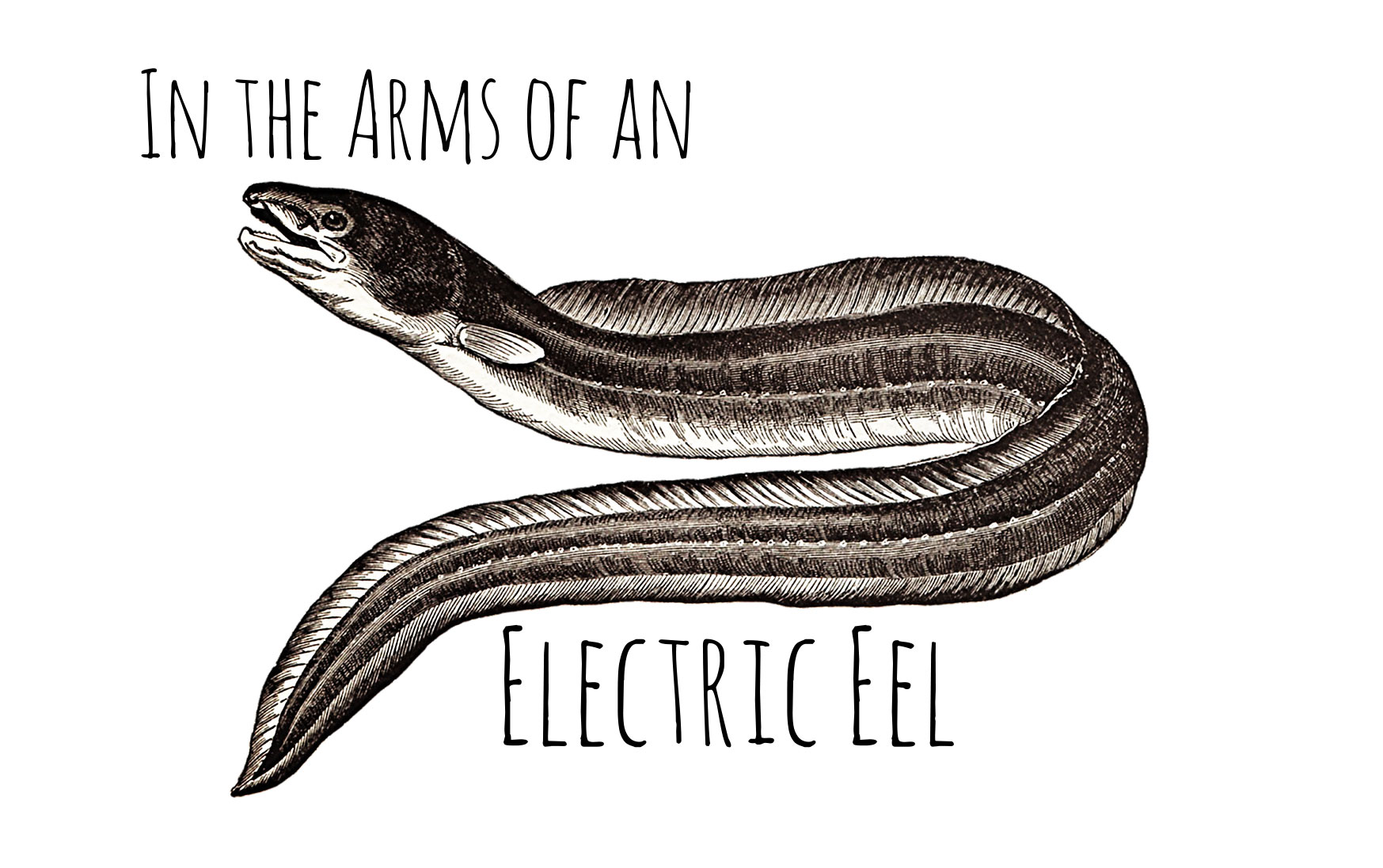 IN THE ARMS OF AN ELECTRIC EEL
by Anna Keeler

Most people think electric eels are eels when they’re, in fact, knife fish. They’re solitary, shallow, made with enough electrolytes to kill a man.

“They can kill a man, but not themselves. Sometimes, they wish that they could.”

Cadence was always saying I never listened to her, when the truth was, I heard everything.

I listened while she rambled about the oceanology books she’d brought home from the library, her actual courses festering in her backpack. She’d cook me ramen or sprawl out on the floor with her sketchbooks, drawing herself into more contained circles. Indie music would flow through the apartment while she told me about the nine things I didn’t want to know that lurked at the bottom of the ocean. If I spoke, she snapped at me for breaking her concentration. Then, moments later, she would turn to me and say, “Hey Ezekiel, did you know electric eels can’t feel their own shock?”

She called out of work. Stopped talking to her friends and didn’t set foot on campus, not even on the days she had yoga or art. I even took up extra shifts at the library to make sure she could still afford her medication. It was hot. But she didn’t want to go to the pool.

Cadence buried herself in long sleeves and a sour attitude, the smile I fell in love with unable to twitch itself to life. She couldn’t tell me what was wrong, because she insisted it was nothing.

Those days she walked around blinded. Mostly.

Half asleep, body curled up against my thigh, her eyes were still zoned and unfocused. Her hand pulsed as I pulled it into mine.

This was the first time we’d spoken in days, since she stormed out of my apartment after a fight. Before I could think, I’d asked her why she was wearing a sweater in June.

That same sweater that stalked out in a rage was still curled around her knuckles today. As I brushed back her hair, my fingers caught in its tangles.

Her lids flew open. She watched my thumb stroke her knuckles.

“Morning, baby. You feeling any better?”

“Hm,” she choked out in response. It was the only noise she’d made in eighteen hours.

I looked over to the window, where I’d left the blinds open. The clouds strained against the sky that built them, like they were fighting to dissolve the skin holding them in place. Stroking her hair onto my leg, I turned her head to see.

She grunted and turned away from me.

“Just thought it was pretty.”

I reached out to rub her back, but she sensed my movement and pulled away farther. Standing up, I faced the door. “Whatever, I was just trying to help.”

An untrained ear might not have noticed, but the crack in her voice jabbed in my gut. I leaned over the bed and tried to pull her to me. Her shoulders shook as she made her body rigid.

“Cadence, whatever it is, you can tell me. I promise, I’m not going to judge.”

She sniffled and shivered, even in the heat. “Everyone says that.”

“No.” She sat up, twisting her torso to face me. “Everyone says that they’re not going to judge. But if I don’t immediately feel better, I turn into a burden.” She clenched her hand against her mouth. “And you can’t wait around forever until I get better.”

I’d been with her for a year. I never expected better. The bed leaned as I sat back down and reached for her hand.

She let me take it and brought her knees to her chest. “I started hurting myself again.”

My breath stopped as I did nothing but watch her cry.

“I’m sorry, I know—I know—you said that I could talk to you if I was depressed, but I didn’t even mean to start again, and I was scared you’d be mad…”

She trailed off as I pushed the sleeve up her arm. Gashes and pus-filled burns inched their way around her skin.

I felt stupid as I asked her, “Didn’t it hurt?”

“Why are you telling me this?” I said.

A finger traced her unmarked vein. “I don’t know.”

The image of her singeing herself and muffled screams vanished as I pulled her into my lap. I stroked the inside of her arm, felt every knife and flame against my own.

Before I could stop it, my face was wet with tears, and the most harrowing thoughts filled my head. Of sharp knives searching for peace along her skin, trying to pour the pain from her body, taking her wired soul and buoyant mind. Even with the image of her fresh cuts circling my psyche, I realized she wasn’t trying to hurt herself. She was draining the synapses that popped in her head, sending electrical storms through every physical system that was cognizant enough to feel her hurt.

“They can kill the man,” she always said. “But never themselves.”

Even with my hold and reassurance, Cadence was gone. 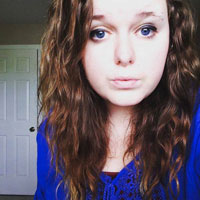 Anna Keeler is a poet and fiction writer living in Winter Park, Florida. She is the assistant editor for The Chaotic Review, and was the 2016 recipient of the Arden Goettling Academy of American Poets Prize. Her work has been published or is upcoming on Poets.org, The Writing Disorder, Sick Lit Magazine, The Yellow Chair Review, Peacock Journal, and others.