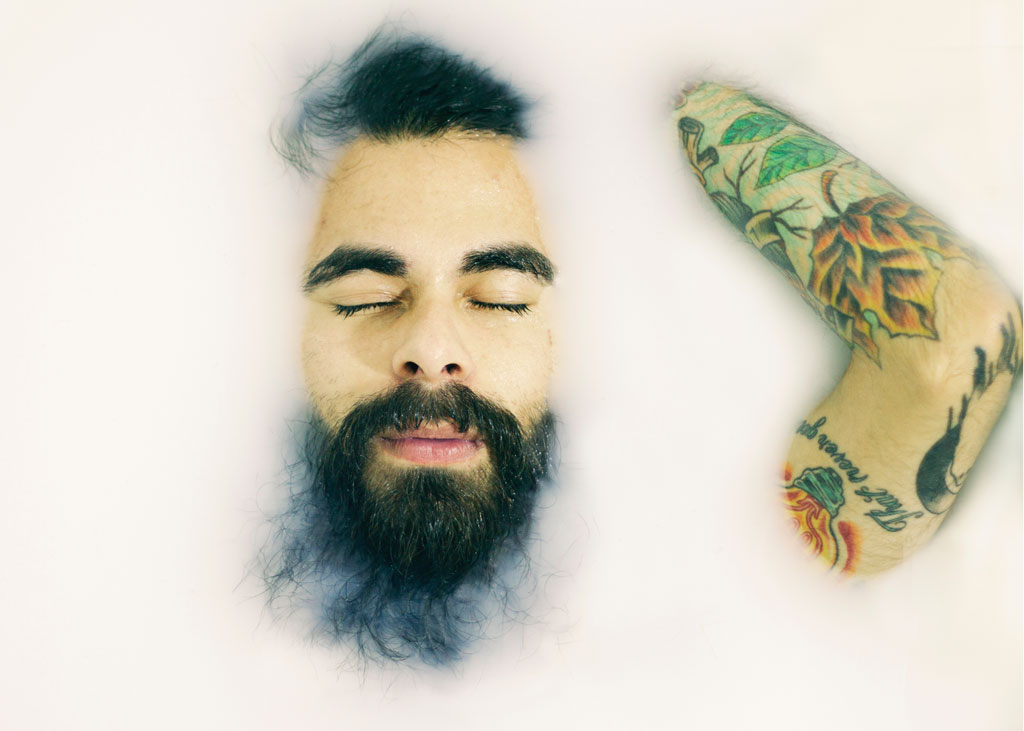 .
Ghosts ruined our party. We were a mess
when the lampshade began to shake.
I was so drunk on whiskey and salt and
the fluids of your body. A faux-Greek
vase on the table. Dead yellow roses.
A staple of our culture is to intuit
words before they are spoken. I raise
my body from the crouching position and
look through a small telescope to see
your deepest space. From a distance
your skin looks like darkness. From a
distance your skin is changing red then
indigo then quartz. The clouds of gas
spiral out of control. I am a spaceship
sending out several signals
to beacon for help. I kick the table.
Did you know that Jack Daniel died
of a toe infection? I didn’t. You look at the
ceiling. I seal my lips because I don’t know
what to say. We go to an imaginary grave
where we put flowers. I don’t remember.

Tornadoes don’t become dangerous until
they learn to walk. I learned to walk when
I was 16 years old, learned about
alchemy then god then redoubts where
soldiers bit the dust as they say. I don’t
mean to say it like a metaphor. Did you
notice the sun changed colors last year?
Me neither. I lay outside during
the summer and drank several beers
until I could see fire everywhere. If you
drink beer fast enough you can see time
slipping away faster than a fast dog,
like a greyhound or some other one I can’t
remember the name of. A redoubt is
a defensive structure. Redoubts were
used during the colonial era of Europe.
Redoubt means place of retreat. If you
hide for long enough people will
stop looking for you. My secret place
is not called a redoubt but a deep freeze.

My lungs are filled with different
kinds of dust. Heat the wax. Dip the hand.
Cool the hand. Dip the wax. Heat the hand.
Cool the wax. If you put your hand into
a hole that’s lined with spikes then what
do you expect? I go outside most days.
Some days not. Some days I nod off
all day until I nod off permanently for sleep.
My life looks like a mess from a distance.
If you see me with a cloud around my head
just know that I am full of foreign substance.
Tomorrow, I will get on a plane and
go to a place where all the buildings
are tall as mountains and will
be so unsure of myself. It’s okay. You don’t
have to know what you want. No one says.
Will you be my redoubt? I say. My place
of retreat. When I go inside you, can I hide
from all the heat, hide from this goddamn
sun? Be my deep freeze. Put your body
on my throat. On my lungs. On my fingers.
Let me clench you close, like the words
I tongue for meaning. Be spelled between
my lips. Be flown into an electrical storm.
Be inside the basement. A cold duct will
take you down, down, down. 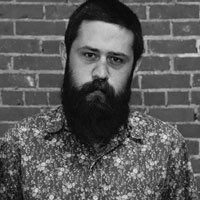 Max Sheppard is a BFA painting graduate from the University of Nebraska at Omaha, and he can’t help but confuse himself further by writing poems as well. He once had a dream about becoming an outline inside of a giant coat. His pastimes include lying on the floor, and watching three-hour Japanese dramas. He currently lives in Milwaukee with his dog, cat, and fiancée Sarah, who are all generously tolerant of his constant sociopolitical ramblings.