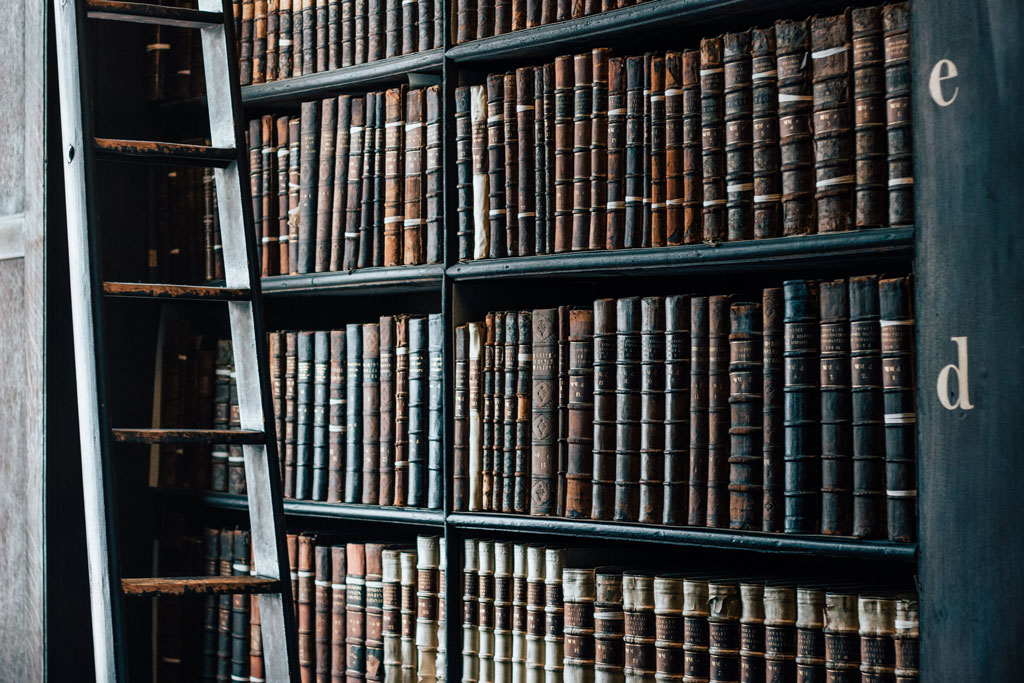 IN EDEN
by Hannah Lee Jones

In the beginning it’s just him and the silence. In the old college library, the wind pushes fraying leaves through the crevice under a door towards the center of a labyrinth of stacks, finds him crouched watching her read over a bottom row of books, her skin the pink of magnolias, her hair a mess. When she looks up he pretends to scan the shelf in front of him and she goes back to reading, enabling him to stare again, and this repeats several times until she straightens, circles the row to where he kneels searching for her face between National Security and Immigration and Man, The State, and War, and when she says something he startles, momentarily distracted by the book she’s holding, but then recovers and asks her: Want to grab a beer?

Understand: She might as well be from Venus, so strangely do these words fall on her ears, and she shrugs her incomprehension, yet he’s so different from the men who crammed her in a windowless van with forty others and brought her to this continent where she sleeps on a steam vent outside the biology labs, and she so loves the way he laces his fingers in a nervous bouquet over the table as the waiter takes their order, that later, as they reenter the night, she kisses him.

They will fumble and laugh and trade syllables, and then words, their understanding growing by the week, the month, the year. When they’re old and he asks her what she said to him that afternoon, the wind spraying blossoms from the cherry trees in their yard, her answer will be: Looking for me?—and he’ll remember the inscription on the book in her hand: volume one, of something long. A notch in time, in any language. An utterance escaping as birth. 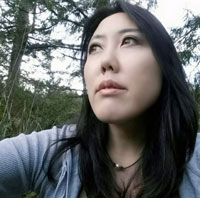 Hannah Lee Jones’s poetry, fiction, and essays have appeared in Superstition Review, Literary Orphans, The Boiler, Limehawk, and Orion. She founded and edits Primal School, a resource for poets pursuing their craft without an advanced degree, and lives on Whidbey Island in northwest Washington.