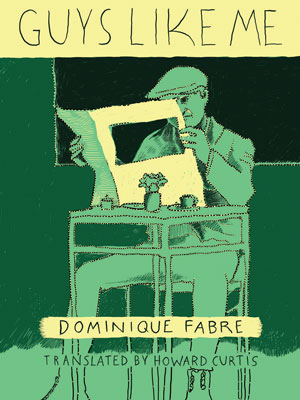 Sometime during Christmas week, 1997, my wife Rona and I and two of our friends were eating dinner in a small restaurant near St. Paul, in Paris. It must have been on rue Charlemagne, but though I can recall the table and the intimate ambiance, I don’t remember the name. We had finished eating, probably we were having our coffee, when the waiter advised us to forget about our experience. This isn’t the real Paris, he said, in the pointed French way. Of course, we understood, the center of Paris is full of tourists; and here we were only a few blocks from the Île de Saint-Louis, one of the fussiest parts of the city. The machinery of global capital, whose power has only heightened in the last two decades, has a way of obliterating the essence of place. Wealth, and all its concomitant pretensions, transforms the commotion of urban life into a commodity. But on the other hand, wasn’t this a rather under-nuanced notion? Authenticity is a slippery creature.

When he returned to collect our money, the waiter told us if we wanted to properly experience Paris, of working people and immigrants, we’d have to go to the 11th arrondissement, or the 20th. Go to Belleville, he instructed, this is the real Paris.

For the next six months, while attending Spéos Photographic Institute, in the 11th, and studying with an American photographer, Margery Clay, in her Belleville studio, I followed the advice. Bastille, rue de Lappe, Charonne, Voltaire, Parmentier, rue Oberkampf, the Belleville market, where I shot every week, the empty lots of the 12th below the Viaduct des Artes, the cold and artless streets around Couronnes: these gritty places seduced my feet and my camera lens and, exhilarated despite the endless gray of even the Parisian spring, I learned to see the city.

The work of the Parisian novelist Dominique Fabre has a similarly immersive effect by drawing the reader into the quotidian landscape of inner-ring suburbs along the Seine: Clichy, Nanterre, Asnières, Levallois, Gennevilliers, La Garenne-Colombes, and Courbevoie. Another waiter might have suggested we seek the essential Paris there, home of the aggrieved nativist right, Algerian and Morrocan immigrants whose presence tortures them, and Fabre’s middle-aged male protagonists who grew up there and can’t stand the change. 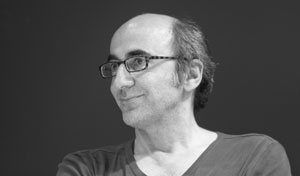 Fabre has written a dozen novels, including the 2005 The Waitress Was New, which Archipelago Books brought out in English translation in 2008. New Vessel Press publisher Ross Ufberg attended a reading at Shakespeare and Company in Paris and decided to publish an English edition of Fabre’s next novel, Guys Like Me, in the translation by Howard Curtis. Both novels are narrated by middle-aged protagonists, once married, now single and lonely. “Sometimes you’re so alone you think you’re talking aloud even when you haven’t said a word,” says the unnamed narrator of Guys Like Me, who works in an unnamed office and lives in an apartment in Levallois. Once a week or so he talks to his son Benjamin, who’s finishing university studies, and every so often he meets up with his lifelong friend Marco to talk about Marco’s troubled son Antoine, who has been in and out of jail and rehab. Sometimes they reminisce and the landscape of the Hauts-de-Seine, which holds all their memories, talks back. He trolls Internet dating sites, “a kind of ocean” of loneliness. On Sundays, he walks along the Seine. He is vexed by the aggressive early spring trimming of the plane trees along the boulevards and the quay. But then, spring is coming, and soon the butchered branches will be filled with leaves.

On his way to Marco and his new wife Aïcha’s apartment for dinner, the narrator of Guys Like Me sits at a bench near the suburban bus junction at Porte de Champerret. He doesn’t want to arrive to early so he waits on the bench until the time dinner is called, 8:30. Then he gets up. “I walked quickly, pretending, the way all guys like me do, that I was a man in a hurry, a man who’d never begged for love or anything like that.” Fabre hoists the phrase “guys like me” as an incantation of group recognition, mutual empathy, and shared desire. The desire must be stifled, however, if it puts too much at risk.

“I’m only a barman, and when I forget that, the world around me seems like a bunch of different movies running at the same time,” says Pierre, the narrator of The Waitress Was New.

There are romance movies and sad movies, and if you pay attention most of their stories start to get all mixed together, till there’s no way you can go on telling them to yourself…then just when you’re ready to decide how they end, you have to serve two beers and wipe down the counter again, and empty the ashtrays and scrub out the coffee machine, and now and then leave the bar with butterflies in your stomach to go hear the results of a blood test or chest x-ray, and then it’s to hell with the film, and good riddance.

Oh, but you can’t stay angry, Pierre, can you? Fabre injects his two protagonists with an almost invisible hopefulness—and this is what makes them feel, despite the quiet languor, intensely luminous. Pierre’s boss, the owner of the restaurant where he tends the bar, has gone missing. If the restaurant closes, what is he to do? Things could certainly get worse, and yet the potential change reminds Pierre that he’s still alive. “There are no second acts. But I still believe there are, from time to time,” says the narrator of Guys Like Me. Early in the book, he meets a woman, Marie, on an online dating service. Slowly he becomes accustomed to her and they begin to date seriously. Could this be a second act? Unsure, and facing the terrifying possibility that Marie is terminally ill, he purchases a Vespa. He hasn’t had a scooter since high school.

Perhaps purchasing a scooter is evidence of a Parisian midlife crisis. But the narrator of Guys Like Me doesn’t use his new toy to run away to some virgin land. Rather, the Vespa takes him back through the landscape of his life, all there in the Hauts-de-Seine. “I hadn’t gone a long way, but somehow it had been full of adventures, I told myself,” he says. He begins to photograph key places from his youth. Days later, when Marie is out of the hospital, they go to the river via Porte Maillot. “The reflections on the water were dark, almost proud,”

it seemed to be watching us, it was as if we could count on it and it would never abandon us.

In the days following, he experiences a full awakening, the start of what must be a true “second act.” Writing in the New York Review of Books this month, Oliver Sacks describes his experience after undergoing embolization to kill tumors metastasizing in his liver. The procedure laid the eighty-one-year-old low. He felt sicker than ever. But in the afternoon of day ten of recovery, he transformed. His body finished getting rid of the dead tumors. He lost fifteen pounds in two days. “I suddenly found myself full of physical and creative energy and a euphoria almost akin to hypomania,” he writes.

Nietzsche, says Sacks, described the feeling perfectly in The Gay Science when he wrote of “a reawakened faith in a tomorrow, of a sudden sense and anticipation of a future, of impending adventures, of seas that are open again.”

“I could ride for hours,” says the narrator of Guys Like Me.