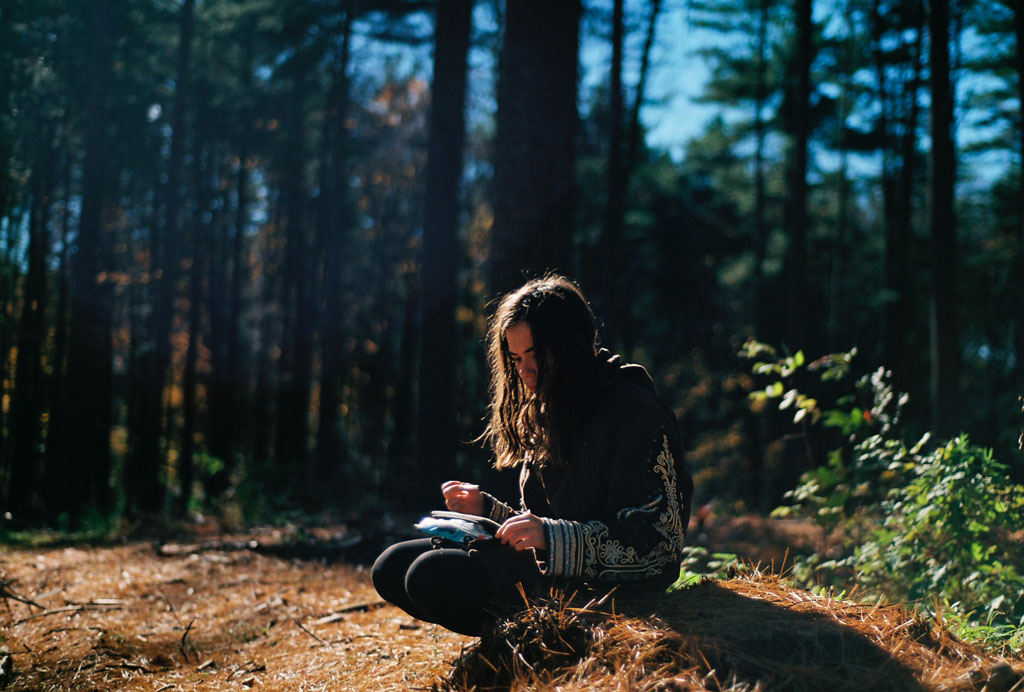 I CAME TO EXPLORE THE WRECK: AN EPISTOLARY ESSAY
by Alexia Sereti
Featured on Life As Activism

I was your age the first time a man interrupted my walk home from school to tell me I was beautiful. He was around thirty-five years old. I cringed as his brown eyes roamed over my body. Regardless, he took a step closer to me, placed his hand on my shoulder, and described the particular ways in which my body brightened his gloomy day. My mom signed me up for self-defense classes after I told her, and I wasn’t allowed to walk home alone until the lessons were completed. I wonder how your mom will react when this happens to you for the first time.

I know what your parents taught you – if you’re scared, call 911. But it’s not that simple. I was your age the first time a police officer asked me to cheer him up with a smile while his partner’s eyes held parts of my body that hadn’t even developed yet. Don’t worry, it wasn’t until a couple years later that one actually asked me to get inside his car for a “pick me up,” so you’ve got a while to prepare.

I know you’ve gotten used to the catcalls and honks coming from passing cars. I’m proud of you for learning not to react outwardly. But here’s the thing, sometimes these cars will actually stop in front of you and provoke more than just a roll of the eyes. I was your age when that happened to me for the first time. The driver made a U-turn in the middle of Northern Boulevard and parked right beside me. I was too embarrassed to run away, so I tried to speed walk. But when he yelled at me to get inside his car and called me a “little bitch,” I broke into a sprint. In situations like this, you’ve got to ignore the insistence that you’re overreacting and follow that flight instinct inside you. You can’t do it every time. But when this happens to you, trust your gut and run.

If you join a co-ed sports team in high school, sometimes you’re going to have to practice outside with the boys. If your school’s field or court is in public, men from the outside world may feel welcome to watch and offer inappropriate commentary. I know it’s nothing you haven’t heard before, but it’ll be more embarrassing when it happens in front of your teammates. Especially when it gets so bad that practice has to be canceled or permanently moved indoors. When this happens, do not feel ashamed. Just shrug it off and joke with the boys about how you can’t help attracting admirers. If they can tell you’re scared, they’ll get uncomfortable. You don’t want them donning their capes.

When your best friend gets raped by her boyfriend, she may not want to deal with it. Tell her that she should leave him. Tell her that she should report it. When she denies you and goes back to him, be there for her anyway. When you find her drunk in the bathroom of some random party, puking into the toilet and missing her underwear, carry her home no matter how many people yell the word “slut” from behind. When you stop getting invited to parties, try to see it as a blessing rather than a punishment.

You’ll accidentally drown yourself in shots of Jager or Vodka one night with your friends and assume that they will take care of you. You’re going to depend on them to take your puking in a subway trashcan as a sign to end the night early and go home. But they’ll continue to party without you and not notice when one of your friends decides to reach into your shirt while you’re incapacitated. Sorry, Eighteen. This is going to be a painful memory for a while. When your friends tell you that it happens to everyone and not to make a big deal of it, do not cry. When you call him out on his behavior, he’ll call you a melodramatic tease. When he explains the ways you led him on, he’ll sound so sure of himself that you’ll inevitably wonder if he’s right. Whether or not you believe him, don’t apologize.

You’re going to go on a date to some random bar in downtown Manhattan with this new guy you met over the summer. When you tell him that you can’t go home with him tonight, you’ll take a sip of beer in preparation for his protest and nearly choke when he says that it’s okay. He’ll tell you that the decision to have sex is entirely yours and that he has no desire to push you into anything. Later, when it becomes clear that he meant what he said, don’t thank him—he’ll be confused. Remember, Nineteen, having a choice in the matter is supposed to be common sense. It’ll feel like a miracle by now, but just try to act natural until the date is over and then celebrate the anomaly when you get home.

You’re going to walk home from the library one night, stressing about midterms and papers, when a group of teenage boys will stick their heads out the window and call you a slut. They’re probably going to demand that you lift your shirt up for them, and you’ll tell them to fuck off. Cross the street quickly after that because one of them is going to spit at you for talking back. As they scramble to shut their blinds, just put your headphones in and try to forget about it. Here’s the thing. I know you’ll want to take your headphones out once you get home, but your housemates will have left the television on in the living room and you won’t want to hear what will be playing— a man’s voice streaming through the speakers, saying: “I did try and fuck her…. They let you do it…. Grab them by the pussy…. You can do anything.” You’ll end up running to throw up in the toilet and spending the rest of the night on the bathroom floor. And I don’t want that for you. Just keep your headphones in, Twenty. 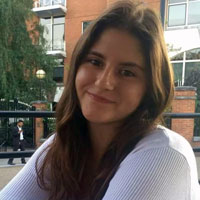 Born and raised in New York City, Alexia is the daughter of two Greek immigrants. At eighteen, Alexia moved to upstate New York to pursue a degree in English Literature at Hobart and William Smith Colleges. Alexia recently concluded a six month exchange program in England, where she continued to work on her English degree. With her final year of university approaching, Alexia is preparing for a semester of Lyric Essay workshops and a Creative Honor’s Project, meant to build her Nonfiction Portfolio before she enters the Publishing world in New York City as a writer and editor.