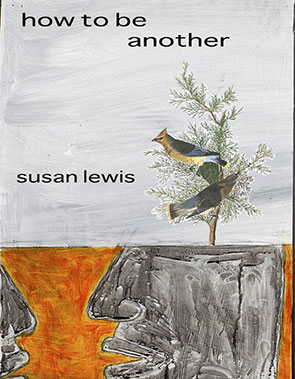 HOW TO BE ANOTHER
by Susan Lewis
Červená Barva Press, 81 pages

In How to be Another, Susan Lewis explores the full range of the prose poem form. These poems read like short speculative essays in the tradition of Montaigne, which is to say they have a metaphysical or epistemological bent to them. “Most knowing goes unlicensed,” says the speaker archly in “Introduction to Appreciation.” We are not dealing in this book with the esoteric details of autobiography or memoir but with the broader experiences of humanity as a species.

How to be Another isn’t concerned with the kind of surface empathy or watered-down existential day-seizing of self-help books (as the title might suggest) but is instead a work of anthropology—though, clearly, these perspectives must intersect to some extent. For example, the speaker of “Introduction to Narcissism (III)” says, the “point is, self-awareness confers little evolutionary advantage. We are not wired for objectivity.” However, later in the same poem, the speaker acknowledges that the “pain” caused by self-awareness “is relentless, staying with you longer than any friend or flattering memory.” The shift to the second-person pronoun is telling for although the “you” is largely rhetorical in nature, it is still much more personal than the third-person perspective of the rest of the poem. Evolution itself is not the problem; it’s the fact that our species has evolved, or so the poem seems to suggest, to a point of diminishing returns. 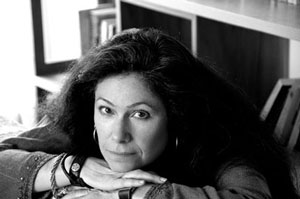 In “Starting Gate,” the speaker says, “I want to talk about color. I want to talk about taste buds, sexual attraction, the chemical properties of aroma, & personal pain. When we’re through we’ll start over, as we’ve always done.” This poem appears in the Viz section of the book and serves as a kind of gloss for the entire manuscript, which is charming because “viz,” of course, means, “to gloss.”

Though Lewis makes good use of concepts from science, philosophy, and other disciplines throughout, it does not preclude the use of humor as these poems are often quite witty or wry—particularly the poems in the Rx section that co-opt the academic form of the introduction—nor does it mean that the poems are dry or lack figurative pyrotechnics. In fact, her prosody is often brazenly poetic, though compared to her other 2014 book, This Visit, it is positively subdued. She succeeds quite well in transforming traditionally academic forms into poetic ones—a trend I have admired in the work of other poets like Kristina Marie Darling and Noah Eli Gordon.

For example, there is ample evidence of this openly, maybe defiantly, poetic prose in a poem like “Once”: “Everyone else finds, hominy more homely than harmony, inspiring homilies rich in grit & restless as hungry dogs.” There is both alliteration and assonance between “hominy,” “homely,” “harmony,” and “homilies.” “More,” of course, is also a part of the assonant string. She also puns on the word “grit,” meaning, on the one hand, “strength” or “conviction” and, on the other, implying the food, “grits.” Besides her penchant for puns, alliteration, and assonance, the poems are also quite allusive. Later in the same poem, she riffs on Shakespeare’s name, calling him “Shakescene,” which is then echoed in “Pep Talk,” when the speaker says, “I’m thinking of another tale tolled by an idiot, signifying the signifier . . . Life may be a frigid witch, but we’d better play along, or she’ll get really cross.” These lines invoke Shakespeare’s Macbeth—including a possible pun on the word, “play”—and Roland Barthes’s semiotics. Lewis’ preceding work, This Visit, which is a collection of lyric poems, abounds with this kind of deeply nuanced and highly allusive word play. It is so deliberate that I felt Lewis may have been trying to simply overwhelm the reader with the sheer poetry-ness of her poetry, but in How to be Another, she uses the same techniques for the purpose of contrasting the demands of prose.

The juxtaposition of prose form and poetic extravagance has the added effect of slowing the pace down in this intriguing and beguiling collection, opening up a space for extended contemplation; that is, when we slow down to consider the lyric aspects of the prose poems, we resist the paragraph’s desire to draw conclusions. In fact, Lewis addresses this very notion in the last line of the book: “For now, it’s best to draw your own conclusion. Mine follows” (“Incendiary”).

Lewis ends her collection with a conclusion that isn’t a conclusion, or, at least, she stops short of stating the “conclusion”—whatever it may be—outright because clearly any conclusion can only be limited, unsatisfactory, and reductive—a tale told by an idiot, signifying nothing. Ultimately, Lewis refuses to privilege the poet’s or the speaker’s position over the reader’s, forever deferring the moment of final meaning making, which is one of poetry’s greatest strengths and necessary functions—celebrating the necessity of complexity in a world often too easily drawn to oversimplification.