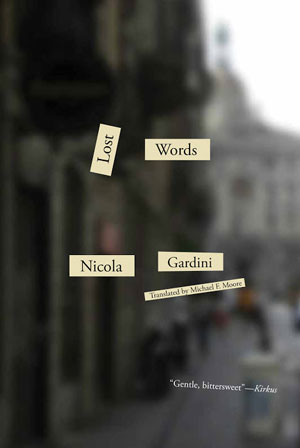 I was going through some boxes this afternoon and found a photograph of myself, age seven, grinning and standing on the balcony of a hotel in Maui. My hair, like the grass skirt I’m wearing, is straw colored and stiff, sticking out from my head. My nose is too big for my face and my smile is oversized too, like a little clown’s. Behind me, a splash of blue indicates a swimming pool. There are palm trees. My shell necklace was scratchy, and only a moment before she lifted the camera between us, my mother put a crimson hibiscus flower behind my ear. “Hold still,” she said.

That’s my only clear memory from 1991. As an adult, I have since learned that plenty went down that year, but all I remember is a flower, my mother, the heat. The filter of childhood is myopically thick, and the bits of information that make it through are unpredictable. What is experienced and what is retained can be wildly disparate; a revolution is distilled to a single detail, as Nicola Gardini reveals in the lovely novel Lost Words. Gardini explores the cultural and political revolution of 1970s Italy through the eyes of a thirteen-year-old boy. 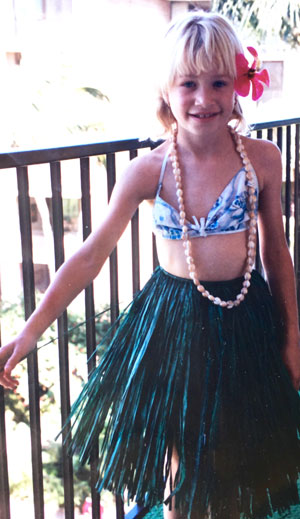 Chino—his given name is Luca—is a doorwoman’s son in a working-class apartment building on the unfashionable side of Milan. “The doorwoman was not to be away from her post or distracted for a single instant,” Gardini explains. “If something required her to be away from her post, like taking out the trash, then her son should fill in for her and guard the lobby and the front staircase.”

The tenants of 15 Via Icaro make Luca’s mother miserable; with the mildest touch of bitterness, Luca watches their messy, entitled lives as they trail through the lobby. Like most details of childhood, they are simultaneously fascinating and utterly forgettable—as soon as Luca moves away, he will not think of them again. He is growing up, and Gardini describes his slow inheritance of other people’s nostalgia.

Gardini’s writing catches the daily effluvia of Via Icaro with a masterful touch: “The stench of garbage invaded my nostrils. A white car parked at the bottom of the hill and turned its headlights off. In the courtyard the cat was clinging to the sycamore tree, assailed by two claimants.” The result is prose that is simultaneously pedestrian and highly symbolic, with everyday details that reach beyond the page. He seems intent on stirring up memories. Every sentence builds a connection between the past and the present, writer and reader, potential and disappointment. “In my mind’s eye,” Luca recalls, “I climbed and endless staircase that spiraled up to the stratosphere and I reached the highest floor of the tallest building in the world, like one of those amazing new skyscrapers in New York, the Twin Towers, that I had seen on television recently, and I leapt and let my body float down.”

Luca knows a little about what’s happening in the greater world, but this information filters through in glimmers that hint at Italy’s transformation. “Take someone like Pasquale Petillo, that nice tall bachelor: as good as gold, and he never gives anyone any trouble. Naturally, Dell’Uomo can’t stand him. She says she’s seen him bringing black women home.” Racism, anti-intellectualism, and strong nostalgia for fascism are sprinkled throughout the novel. Italy is progressing, but towards what? One neighbor, Gardini reveals,

was energetically singing Giovinezza giovinezza while cradling a portrait of Mussolini. Once she had finished the fascist anthem, she started up with a Milanese folk song. My mother sang along with her, in a broken imitation of the local dialect.

The past is everywhere at once, yet impossible to isolate from the present moment. Chino swims through it, observing with the passive eye of someone incapable of changing his circumstances. 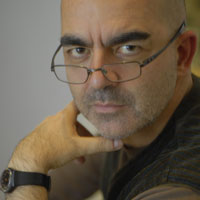 Change is slow to take hold on Via Icaro—until Amelia Lynd moves in. “What made her distinct wasn’t the clear signs of her superior breeding—apart from the two huge diamonds she wore on her left hand, as if to symbolize the excellence of her person, but without affect, without flaunting it—no, there was something superior about her, a light radiating from her skin.” Apparently ageless, timeless, and immaterial, Mrs. Lynd captures Luca’s attention in a way that none of the other tenants have. In the spotlight of his attention, she glows. He explores her apartment, her carefully curated library of books in English and Latin, her photograph of Sigmund Freud, stones and dolls collected from her travels around the world. She is a gate to another existence—one that would otherwise be locked to a doorwoman’s son. The other tenants decide she’s an eccentric and give her the nickname “Maestra,” the schoolteacher. Luca is not put off. Her otherworldliness attracts him, and their friendship grows. As Luca expands his understanding of the larger world, Via Icaro shrinks. The Maestra is his new North Star, guiding him into the next part of his life.

Her every gesture, even the way she beat the milk and eggs and stirred the wooden spoon in the dented old pan, had something incomparable that transcended the act itself and elevated her above anyone I’d ever known. There was no one like her on any of the maps where I had lived my life till that day.

Of course, like any love affair, it can’t last. Luca’s life—especially following the landlord’s decision to sell the building, and his family’s increasing hardships—is too complicated for the Maestra’s simple theorems and Latin adages. Maybe it’s significant that the building is named after Icarus, the ambitious son of a brilliant inventor whose wax wings melted when he flew too close to Heaven. Maybe that’s the curse of every subsequent generation: to gaze at the beautiful faces of our mothers, loving them, even as we pull away into the fast paced, unmarked darkness that constitutes our lives. We think we’ve figured out something that our parents didn’t already know. We will discover, someday, that we were wrong. We leave home, though. We draw new maps. We put hibiscus flowers in our hair.