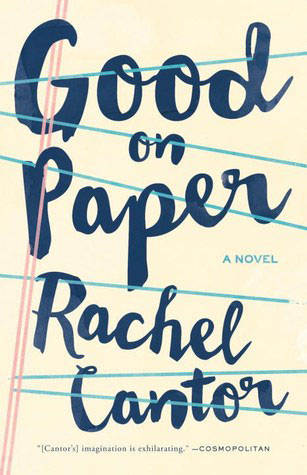 From Rachel Cantor, the lauded author of the 2014 novel A Highly Unlikely Scenario, comes a novel of New Life, a journey of personal resurrection, Good on Paper. Much of the novel is a meditation on fidelity, in relationships and in translations, and it brings to the page some of the most interesting personalities and family dynamics so far this year in literature.

The characters and their relationships make this story of literary delight: Shira, the protagonist, a translator and single mother; Ahmad, her gay best friend and co-parent; Andi, her young and sharp daughter; Romei, the illustrious, Nobel prizing-winning poet, both on the phone and the page; Benny, the owner of the neighborhood bookstore People of the Book, publisher of the local literary magazine Gilgul, part-time love interest of Shira, and the very person to connect Shira and Romei. Good on Paper serves as a reminder of the power of connections, between both people and words.

A PhD dropout and SuperTemps veteran, Shira spends much of her time contemplating the impending Y2K (the novel is set in the late nineties) and the nature of love in its various forms, when she receives a mysterious telegram. The note is from the famous poet Romei, who requests that Shira translate his most recent work. She’s shocked, and even believes it’s a joke at first, courtesy of Benny, but quickly realizes the good fortune of the situation, and accepts the offer.

Romei’s new work is “Vita Nuova,” based on Dante’s poem of the same title, which it happens Shira has spent much of her life studying and translating. When Shira initially calls Romei to discuss the translation, he seems to care more about her opinion of the piece, whether or not she is “interested” in it, than the actual act of translation. Then as Shira begins to translate the piece from Italian to English, she notices strange similarities between Romei’s stories and her own writing, papers she wrote back when she was a student. She’s troubled, because these are not necessarily remarkable details, but some things are too strange to be coincidental. More mysteries unfold as she contemplates her missing mother, and the possible inability to translate Romei’s latest piece.

“Translation requires, and generates, a rare kind of intimacy. Like sex done right, I’ve always thought,” she says, suggesting the pun that is the title of this novel, a play on “good in bed.” Indeed, she observes,

The translator makes a holy commitment to understand, to listen with all possible intensity, to step backward, ever backward, through the labyrinth of an author’s ideas and devices, uncovering his decisions and triumphs, line by line, until she arrives, finally, at the moment of creation—and before, when words are merely phonemes and breath, and the author lies naked and drunk with his obsessions, visions, and agonizing aphasia. 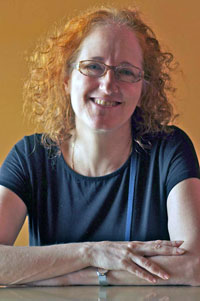 Good on Paper is the second major work of literature to be published this season on translation. Jhumpa Lahiri’s In Other Words, with its text in English and Italian both, also considers the art of translating and writing in another language. Likewise, Cantor’s novel isn’t just an insight into the world of translation as art, but also translation as science. A certain amount of respect and appreciation for the profession of translators develops as one reads Good on Paper, which is only achieved by an accurate depiction of a translator’s world.

Cantor’s research is evident both in the idiosyncrasies Shira exhibits while at work, and in the way that the character describes her own technique. “I use a Buber-Rosenzweig leitwort approach,” she says. “Not as fancy as it sounds. When Buber and Rosenzweig translated the Bible into German, they always translated the same word the same way. They didn’t look for ‘pleasant-sounding’ variations; they didn’t translation ‘according to context’.”

Shira goes on to describe reading Romei’s work as a reader first, and then as a translator, a combination many struggle to achieve, due in part to both a lack of patience and a general misunderstanding of the craft of translation. The descriptions are comprehensive but in no way boring or too detailed, as much of the skills needed for translation are displayed through example. Shira will briefly explain her translation style, before actively working on Romei’s piece, making the information accessible to anybody reading the novel. The short chapters keep readers consuming the novel in the fast-paced way it’s undoubtedly meant to be read.

The novel’s slightly cliché opening—a single mother living in the apartment of her gay best friend—is off-putting at first. Occasionally Shira’s metaphors are heavy-handed and it’s at times hard to bear the unsubtle meta-fiction relationship of her life and translations, but Good on Paper is very much more than its title. A bit of narrative “choppiness,” and a predilection for ludicrous situations, such as Romei discovering Shira in the first place, is made up for entirely with Cantor’s rich characters and compelling storylines. Amidst the search for New Life is a greater truth, which takes shape in the ultimate chapters of the book. This is a love story at heart: love of language, love of mystery, and—above all—love of one another. 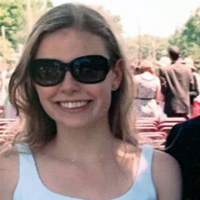 Lillian Brown is a recent graduate of Phillips Exeter Academy and currently lives in New York. Her work appears or is forthcoming in The Sonder Review, Driftwood Press, and Allegro Poetry. She also works with the arts and literary journal, The Missing Slate.